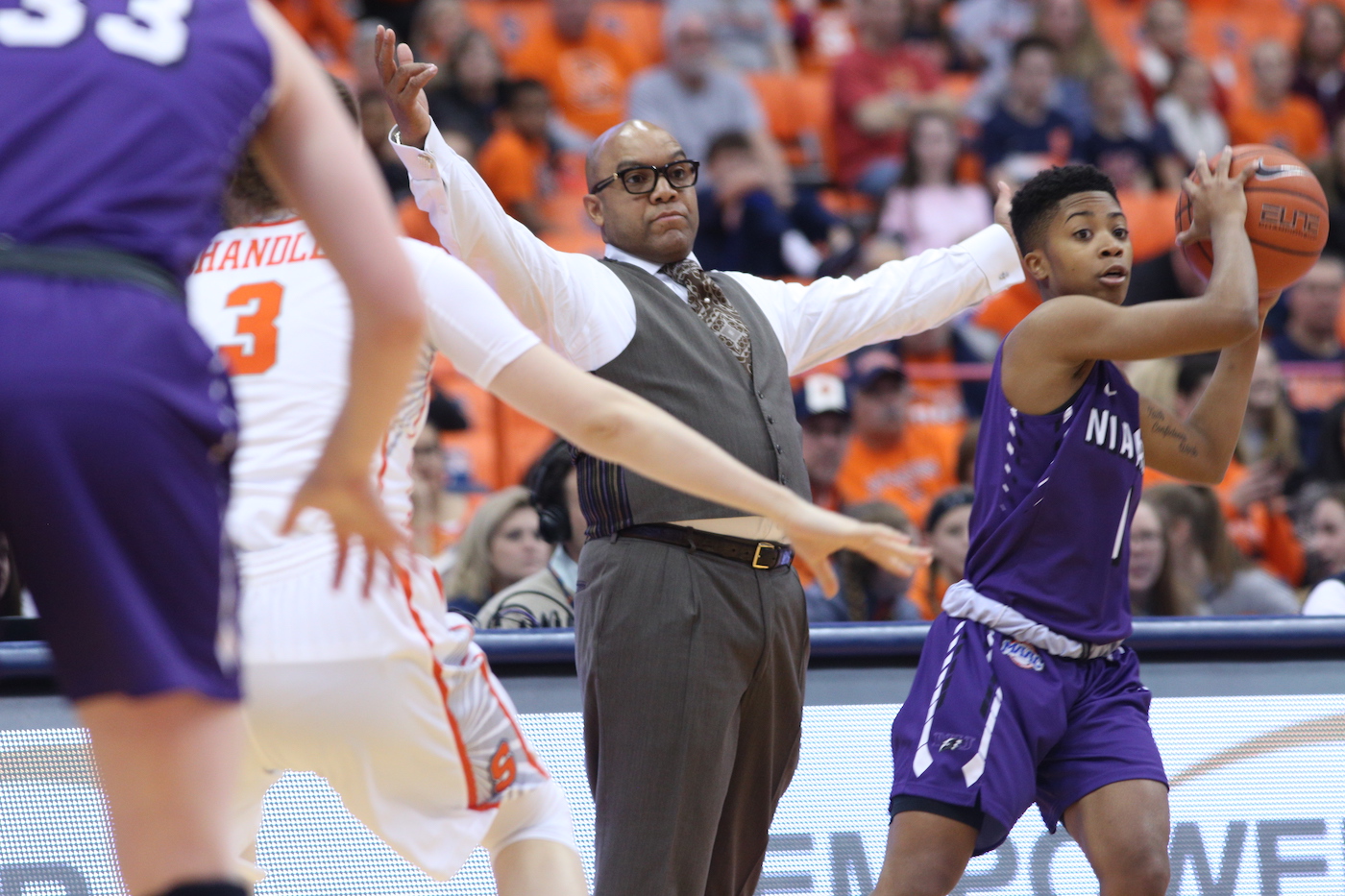 The Syracuse Orange women’s basketball team, which reached the NCAA Tournament championship game last season for the first time in school history, will start its quest for another long postseason run this week in the second round of the Atlantic Coast Conference Tournament.

During the regular season, the Orange swept Pittsburgh 93-65 at the Carrier Dome and 73-57 in the regular-season finale Feb. 26 at Pittsburgh. Syracuse defeated North Carolina 95-64 at the Dome and lost at Duke 77-52.

The Orange is led by a trio of tournament-tested seniors: guards Alexis Peterson and Brittney Sykes and center Briana Day. The trio is averaging a combined 56.5 points per game and they’ve each scored in double figures in seven consecutive games.

“I’m really happy for our kids and I’m really proud of them,” SU coach Quentin Hillsman said after the Orange defeated Pittsburgh Feb. 26. “We lose five seniors and we still come into the best conference in the country and find a way to win 11 games, starting a freshman (guard Gabby Cooper). It’s a remarkable feat for our kids. I couldn’t be happier or more proud of them.” 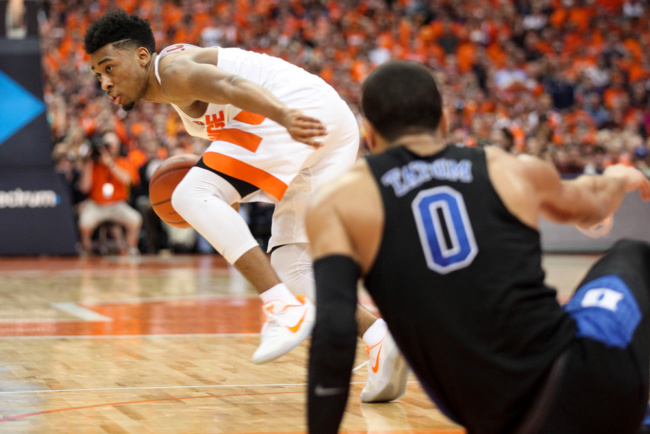 After losing at Louisville Feb. 26, the Orange (17-13, 9-8 in the ACC) will need to defeat Georgia Tech (16-13, 7-9) to enhance its NCAA Tournament resume and avoid a first-round game in the ACC Tournament that starts Tuesday, March 7, at Barclays Center in Brooklyn. All 15 ACC teams qualify for the tournament, with the bottom six playing in the first round and the top four receiving double-byes.

Tickets for Saturday’s game are available online at Cuse.com, by phone at (888) DOME-TIX or in person at Gate B in the Carrier Dome.

The Syracuse Chiefs will hold their annual open house Saturday, March 4, 9 a.m. to 1 p.m., at NBT Bank Stadium. With the baseball season just around the corner, fans will be able to purchase individual game tickets, audition for singing the national anthem, take a swing in the batting cages, shop in the souvenir store, and meet mascots Scooch and Pops.

For more information on the open house or ticket plans, contact the Chiefs’ office at 474-7833 or email Jeffrey Irizarry at [email protected]syracusechiefs.com.