Today, in Part II of my series on using legal recreational marijuana in my home state of Washington, I’ll begin by correcting a minor oversight.

Because I was stoned in Part I, I neglected to give this series a riveting title that will boost my odds of winning a long-overdue Pulitzer Prize.

Welcome, then, to Part II — the final installment of my three-part series: “It Feels Like Time is Moving Slower Than It Is And I Forgot I Asked Armando For A Glass of Water But He Brought Me One Anyway.”
Catchy, isn’t it?

To recap, two weekends ago, I was in a private garage north of Seattle legally smoking pot with the husband-wife cannabis consultant team of Armando and Delores, who were inadvertently identified in Part I by their real names, Brian and Cathy.

Being relatively inexperienced with pot — I have never used it on the South Pole or in the company of wild gibbons — I found I liked it. Nothing was not interesting, if that makes sense.

But then Brian switched us to from a one-hitter to a pipe, which delivers a bigger dose. The intensity of the hit rocked me.
“Why didn’t you tell me you were switching to the pipe?!!” I admonished Armando.

Armando protested that I could see the pipe for myself and that I had placed it in my mouth and knowingly inhaled. How had I been tricked? 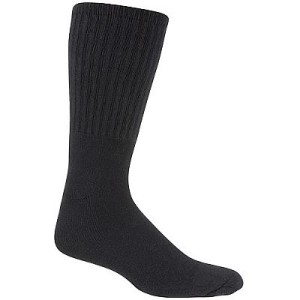 An animated three-way discussion about how socks vanish in the laundry followed. Armando disclosed that he buys only black socks, so if one goes missing, it’s OK. I postulated that Armando had solved the sock problem by avoiding it, a coping strategy that no doubt carries over to his entire life to the detriment of everyone around him. Cathy agreed.

Next, I became troubled by a disparity between real and perceived time. Specifically, conversations and movements that I knew to be brief felt as if they were taking much longer. Anxiety happened. In this slow-motion time warp, how long would it take for me to feel “normal” again? A long time, I concluded. That made me more anxious. Brian and Cathy addressed me in calming tones, which confirmed my sense that something was terribly wrong.

“You’re fine,” Brian assured me. “You’ve just got too much adrenaline in your body, and you don’t need it.”
The most disturbing sign: I wasn’t even hungry. What was happening? I’m hungry even when I’m not stoned.

I thought of New York Times columnist Maureen Dowd. She got sick from ingesting too much edible cannabis in Colorado, another state where pot is legal. Had I made a similar miscalculation here? Modern dope often contains more of the active ingredient THC than the weed that was smoked in my high school parking lot. Had my quest for a Pulitzer gone too far?

To shed the nervousness, I began riding an elliptical trainer in the basement. I exercised for what I was certain was anywhere from 45 minutes to two hours. Imagine my surprise when I looked at the electronic readout and saw I’d been working out for only six minutes.

Cathmando, or whoever these people were, suggested that I lie down in a vacant bedroom and sleep. Instead, I lay down and spent several light years on my smart phone answering email. That mundane task ended the freak-out. Time gradually reasserted itself. A minute became a minute again. My mind even drifted to the engineering challenges of building an ampitheater on a toxic dump. That’s when I knew I was stone cold sober.

I got out of bed and apologized to Armando and Delores for being a buzz kill. They were nice about it, but I could tell they wanted me to leave so they could smoke the rest of my pot. So I left.

That’s my report. Legal or not, marijuana isn’t for everyone, but taken in moderation in the presence of an elliptical trainer and a tall blond woman cheerfully displaying a huge zucchini (see above photo) . . . whatever.