It’s a safe bet that none of you have smoked marijuana ever. After all, it’s illegal in New York State. No worries. I smoked some for you this past weekend in my home state of Washington, where voters in 2013 approved … you know … that thing …

What was I talking about?

Anyway, this summer the first retail stores in Washington began peddling cannabis to anyone 21 or older with valid ID. I had never used marijuana previously except maybe once or twice a year or at most five times a year. That includes the time I was stoned for a week in Spain and the time in Boston I got thrown out of a party for rummaging through someone’s bathroom long after I had forgotten what I was looking for.

So basically I’m a newbie to the whole scene. How, I wondered, would it feel to smoke pot? Would I be impaired or enlightened? Hours later would I eat so many tortilla chips at a barbeque that other guests would notice? (Yes).

For expertise I turned to my long-time Seattle friend, Armando, whose real name – Brian – has been changed to protect his privacy. To say Armando is experienced with pot is like saying the ocean is experienced making sand. Armando’s wife, “Delores” (actually Cathy) completed our research team. That made five; Me, Armando, Brian, Cathy and Delores.

God this is hard. 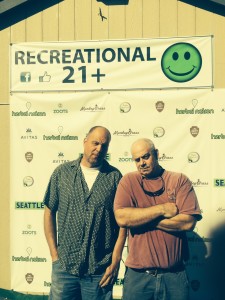 “Armando” and Kramer at Herbal Nation

Whoever Delores is, we needed to find Herbal Nation, a marijuana store about six miles from Armando’s and Cathy’s house. No thanks to Siri, who instructed us to drive to San Francisco, we located the unadorned free-standing building set back from a busy highway. A jolly greeter checked IDs. Inside we joined a queue of middle class folks who wore the bored demeanors of Target shoppers. Gleaming display cases offered bongs and other paraphernalia. At the register I bought packets of Blue Dream and Micky Kush, a pipe and some papers. The cost was about $80, which Armando grumbled was twice the underground price due to taxes.  I paid cash, and yes, I will be submitting the receipt to The New Times as a business expense.

Because Washington restricts recreational marijuana use to private residences, we returned to Armando’s and Delores’s house to conduct research in their garage. Armando introduced me to a quartz one-hitter – a thin tube resembling an e-cigarette. We filled it with Micky Kush and lit the end. I took a hit. Nice. The others took a hit too. Rejoicing at the legality, we took more hits.

We tried to assess if the Micky Kush was making us happy – as Sativa strains supposedly do – or mellow, an Indica trait. Alas, no one was 100 percent sure if the Sativa strain is the one that makes you happy or mellow, so the whole conversation was pointless. That made us laugh but in a mellow way, which was inconclusive, so Armando and Delores began doing household chores. Laundry was folded. They discussed hauling some items to a second-hand store on a non-stoned day. Woodstock must have been like this.

At one point. Armando showed me a hunk of rotten wood from his deck railing. He asked if I thought it needed replacing.

“No,” I said, and we doubled over laughing. 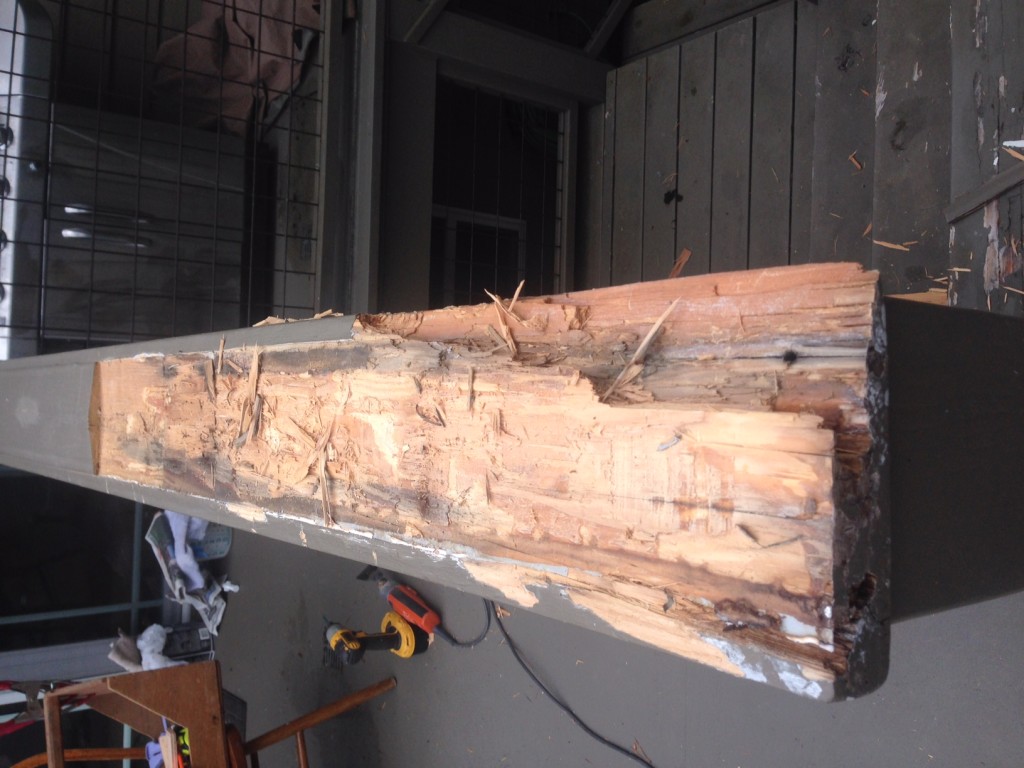 “At one point. Armando showed me a hunk of rotten wood from his deck railing. He asked if I thought it needed replacing.”

We took pictures of ourselves in the garage until Delores, who at one point held up a large zucchini, became worried that the photos might contain incriminating evidence. Armando reminded her that we were doing nothing illegal.

We switched to the pipe.

“Why didn’t we smoke out of the new pipe in the first place?” Delores wondered.

“Because we were stoned,” Armando replied, and that made us laugh super hard. It was even funnier than the rotten wood.

But then we started thinking. Actually, we were not stoned before we started getting stoned, so Armando’s logic was flawed. Yet we had all laughed anyway. Weird.

It was time to regroup.

(Next week in Part II: Riding the elliptical trainer — baked).