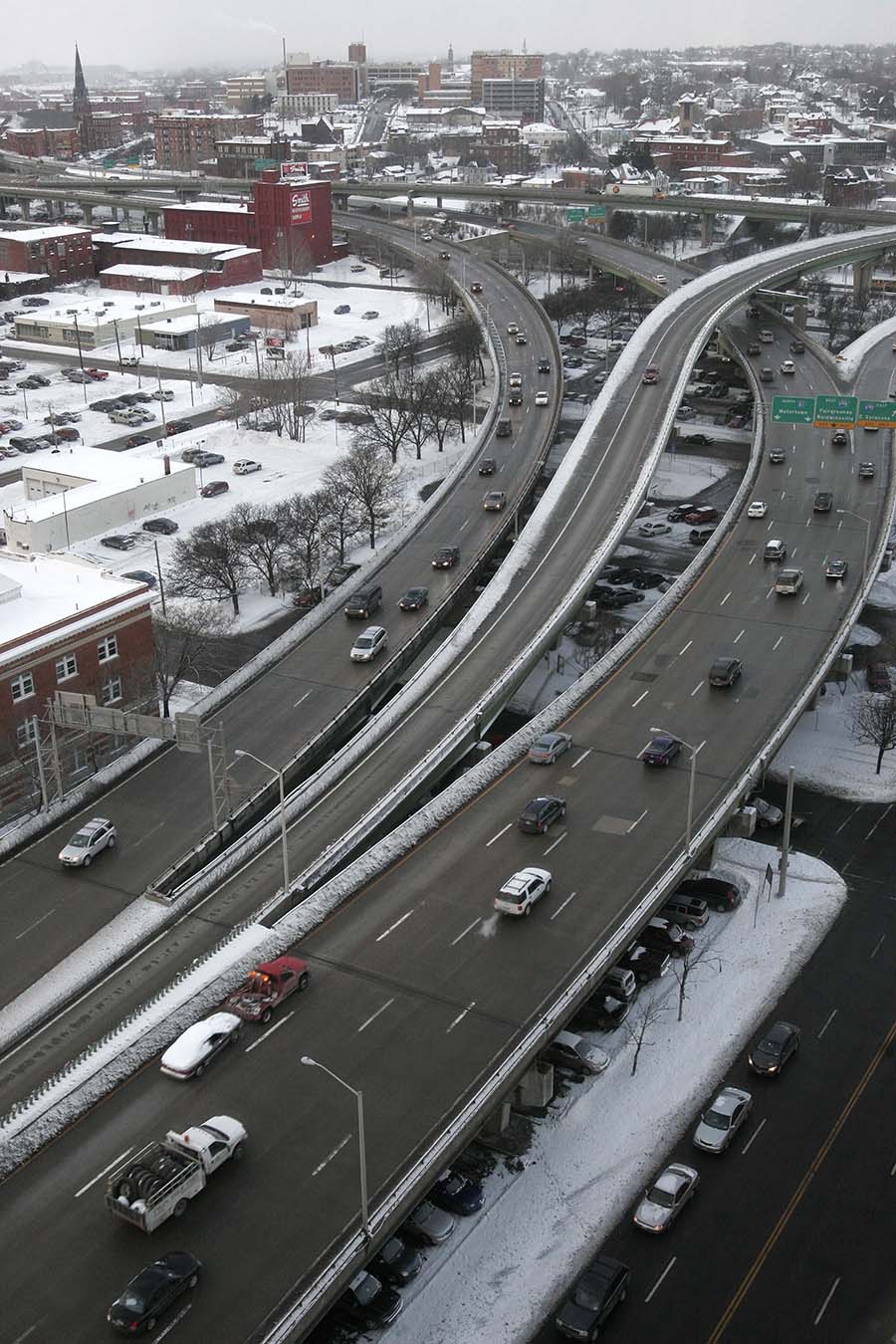 The Alliance of Communities Transforming Syracuse (ACTS) has decided to urge the state Department of Transportation to tear down the Interstate 81 viaduct south of Interstate 690 and instead select what the group brands a “street-level alternative” to the aging highway.

The group met on Tuesday, Sept. 9, at Temple Concord and voted, without dissent, to recommend a plan that would do away with the elevated roadway. Two members abstained when the vote was taken, according to ACTS Vice President Peter Sarver.

ACTS has taken the leading role in the formation of the “Moving People Transportation Coalition,” convened by Sarver. The coalition includes the Greater Syracuse Tenants Network, Local 1199 of the Service Employees International Union and Interfaith Works of CNY. Among its stated objectives, the group lists neighborhood preservation, construction jobs for local residents and a broader plan for transportation that includes public transportation. Sarver expects that the full coalition will endorse the recommendation for a street-level alternative before the month is out.

The plan endorsed by ACTS would convert Interstate 481 going to the east of the city as the new I-81, and have that loop link back to the city by means of I-690 West (in large part, the plan supported by Rethink 81 and Armory Square developer Bob Doucette).

“We prefer that 690 between 481 and the existing 81 be designated as the new I-81,” Sarver says. “We think that is the compromise that will satisfy the needs of those who do not want the economic resources north of downtown to be neglected. We are coming down on the side of the street-level alternative that uses the existing space of the Almond Street corridor, and returns that grid to use.” 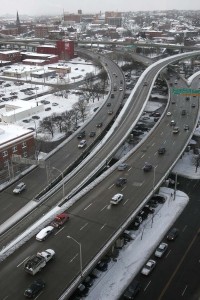 ACTS has been in contact with the Rethink 81 organization of engineers and architects, who have proposed diverting traffic coming into Syracuse on to as many as six downtown streets. ACTS and Rethink 81 both endorse an additional exit from I-481 near the Syracuse University South Campus to provide greater access to the University Hill.

They rejected a plan for a tunnel going through any part of the city, calling such a plan too disruptive. A hybrid tunnel plan has been endorsed by Destiny USA Executive Bruce Kenan and state Sen. John DeFrancisco and heavily promoted by the advocacy group Save 81.

Sarver says that this decision is the beginning of an education campaign within the ACTS member congregations that will focus on the social justice concerns they believe should be central to the choice.

“The dialogue will continue,” he says. “Part of the public’s confusion is that they haven’t seen groups come forward and say, ‘This is why we prefer this alternative for these reasons’. Now we will be doing outreach within our congregations about why we feel this is best for the community.”

The period for public comment on I-81 has closed, and the state and federal governments have begun an environmental review of the options for replacing the aging highway. For information about where things stand,visit the website.