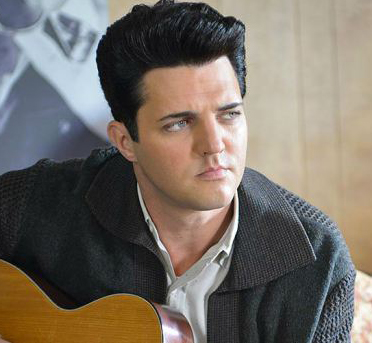 (Review) In The Identical, poor Ryan battles a bit of an identity crisis

Nature vs. nurture. The super-hyper connection of those coming from the same egg. Follow daddy’s dream or go your own way. Cover songs or originals.

These time-tested topics are explored in the oddly interesting new release The Identical, directed by Dustin Marcellino and written by Howard Klausner. The time period piece starts with a poor couple in the Depression-era south, the husband unable to find work with his wife about to give birth.

Black-and-white cinematography helped the small late Saturday matinee crowd feel his pain when the husband stumbles into a tent revival the night his twins are born. The sermon by a hard-luck preacher and the way he points to his unfortunate wife — oh, their woe, for she has just miscarried again and the doctor has warned them to give up that dream or put her life at risk — gives this man an idea and a flicker of hope for some chance of economic survival for his young family.

The preacher, played by a slightly ill-suited but extremely hard-working Ray Liotta, wants this teenage boy to follow into his calling of ministry. His wife, played by a far more comfortably southern Ashley Judd, isn’t totally down with that, but isn’t up with battling with hubby, either. The son, he wants to sing, and not just in the church. He wants to make this new style rock-soul-R ‘n’ B music. This holy name doesn’t get dropped until later in the film, but you know, music like Elvis.

Oh, the actor who plays Ryan Wade looks like a chubby young Elvis. Sounds like him, too, because Blake Rayne was an Elvis impersonator at one point in his real life. Anyway.

The second half of the story is that the poor couple’s son, Drexel Hemsley, he does grow up to be a singer of that new style rock-soul-R ‘n’ B music, and he becomes a huge star. He sounds like Elvis, of course, because Blake Rayne plays him, too. That part of his pay check should be much smaller, though, because Drexel doesn’t get much screen time.

In any case, just about everybody poor Wade meets tells him he looks exactly like that singer star Drexel. A garage owner, a neat little supporting pal part played with great gusto by Joe Pantoliano, offers Wade a job on the spot because he’s a huge fan. When Ryan finally gets the hard-to-get girl, played with subtle then sudden enthusiasm by Erin Cottrell — they wed quickly, and she talks him into entering a huge Drexel Hemsley sing-alike contest. At the contest, oh, my, the house band drummer is Ryan’s old teenage pal Dino, played by devilish Seth Green.

I won’t go further because to do so would spoil it. And you should go see The Identical if you:

•Respect earnest movies about music-makers, such as the 1980s Springsteen-like Eddie and the Cruisers.

•Know identical twins and bow down to their seemingly supernatural ties.

•Root for the artist who believes in his own songs.

The Identical isn’t great by any means. It’s so overly faithful to its mission in several spots that I laughed when I knew that wasn’t in the script. It’s not going to fill theaters or win awards. But it will greatly entertain those who answer yes to these questions.