“People come in for a sample or a mug, and they take a growler home. They wouldn’t take that much beer home if they didn’t enjoy it.”

John Henneberg may have the ultimate work-at-home job. Each morning, Henneberg wakes up at his 97-acre farm in New Woodstock and heads to an out building to brew beer, check on beer already in progress and tend to his hops and barley.

Henneberg and his wife, Maria, are the owners of Henneberg Brewing Company. Their micro-brewery tasting room opened to the public on Sept. 13 with four beers on tap: a wheat beer, farmhouse pale ale, Cazenovia Common (Henneberg’s version of a style known as California Common) and an Irish-style stout. The tasting room holds about 20 people, and was a warm and welcoming place to be on a dreary Saturday afternoon.

After opening weekend, Henneberg was close to cleaned out of his own supply. The second weekend featured his Country Pumpkin Ale and two others, as well as his first  “guest tap,” a session IPA by Hopshire Farm and Brewery, Freeville. 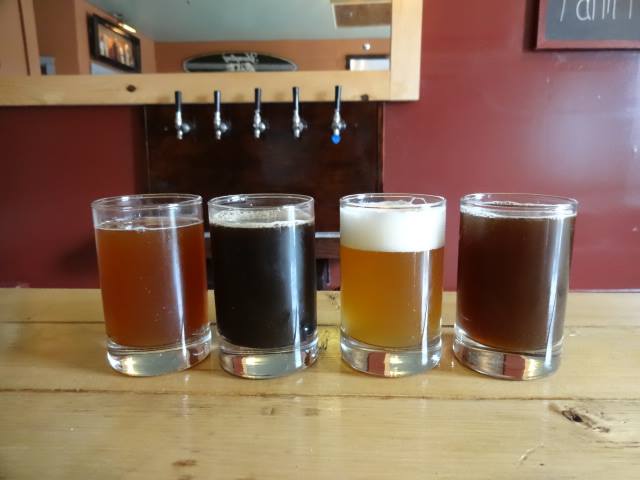 “All the feedback we’ve gotten has been really positive,” Henneberg says. “People come in for a sample or a mug, and they take a growler home. They wouldn’t take that much beer home if they didn’t enjoy it.”

The Hennebergs owned and operated Henneberg Tavern on Albany Street in Cazenovia before closing it earlier this year to focus on their craft brewery, obtaining a farm brewery license and getting the tasting room up and running. This time last year, they welcomed a daughter. It has been a busy year.

Henneberg says he got into craft beer the way a lot of people do. While in college, a friend introduced him to the world of beer — and the world of flavor–beyond Busch and Keystone. When he went out, he would try a different brewery and different style of beer: wheat, pale ale, red ale, IPA, stout.

He started making his own beer in 2007, using a pale ale kit he bought online. He says he fell in love with everything about it: the flavors, the process, the trial and error, the end product.

He shared his beers with family and friends and they loved it. Friends of friends loved it. They started requesting certain beers and telling him to open a brewery.

“Your friends like it, and you have to make more,” Henneberg says. “Then you reach the point where you want to sell it…. It’s addictive, for sure.”

Then, as your confidence and skills build, you reach the point where you want to grow and malt your own barley and plan a hop yard. 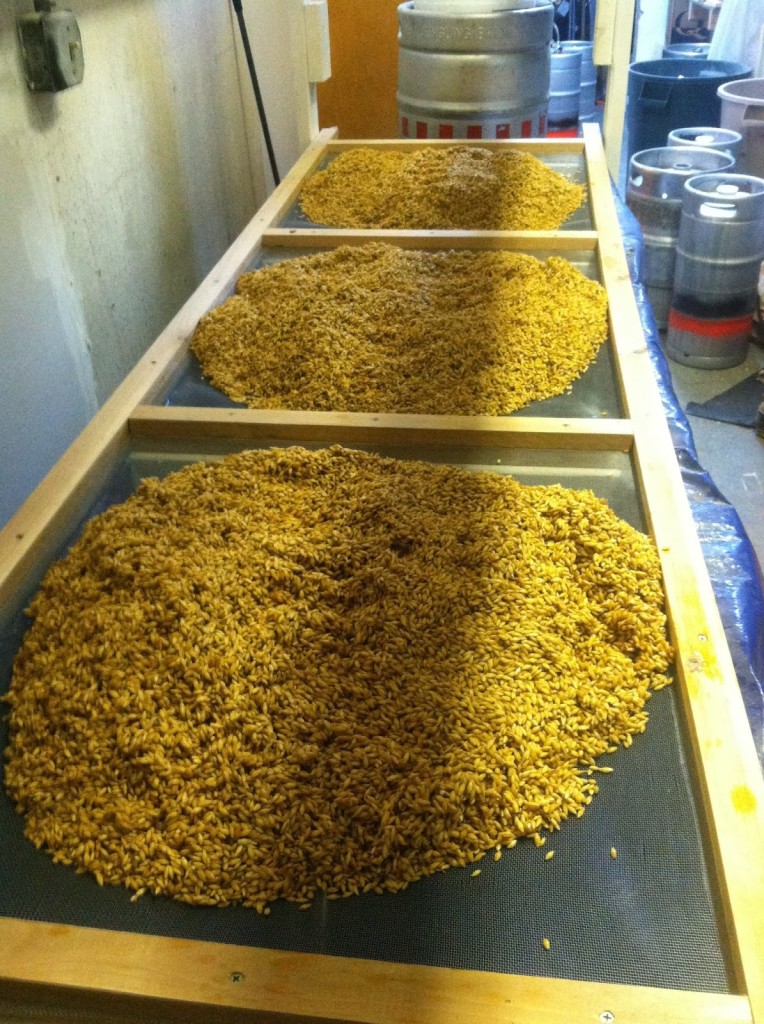 He hopes to grow all of the ingredients that go into his beer within eight to 10 years. And he ultimately hopes to have 15 offerings — more of his own beers and a variety of guest taps, including local and regional beers and hard ciders, “to really give people something to drive out here for.”

The tasting room at Henneberg Brewing Company will be open weekends through late December. Hours are noon to 6 p.m. Friday, Saturday and Sunday.

What’s Henneberg going to do in the winter? Make beer, focus on his restaurant presence, spend time with his family, read up on growing hops and take it easy.

“I plan on taking a nice, long hibernation,” he says.

Henneberg Brewing Company is at 2001 Dephi Road, New Woodstock (off Route 13, about four miles south of Route 20/Cazenovia).
Check out their Facebook Page and the Cazenovia Beverage Trail