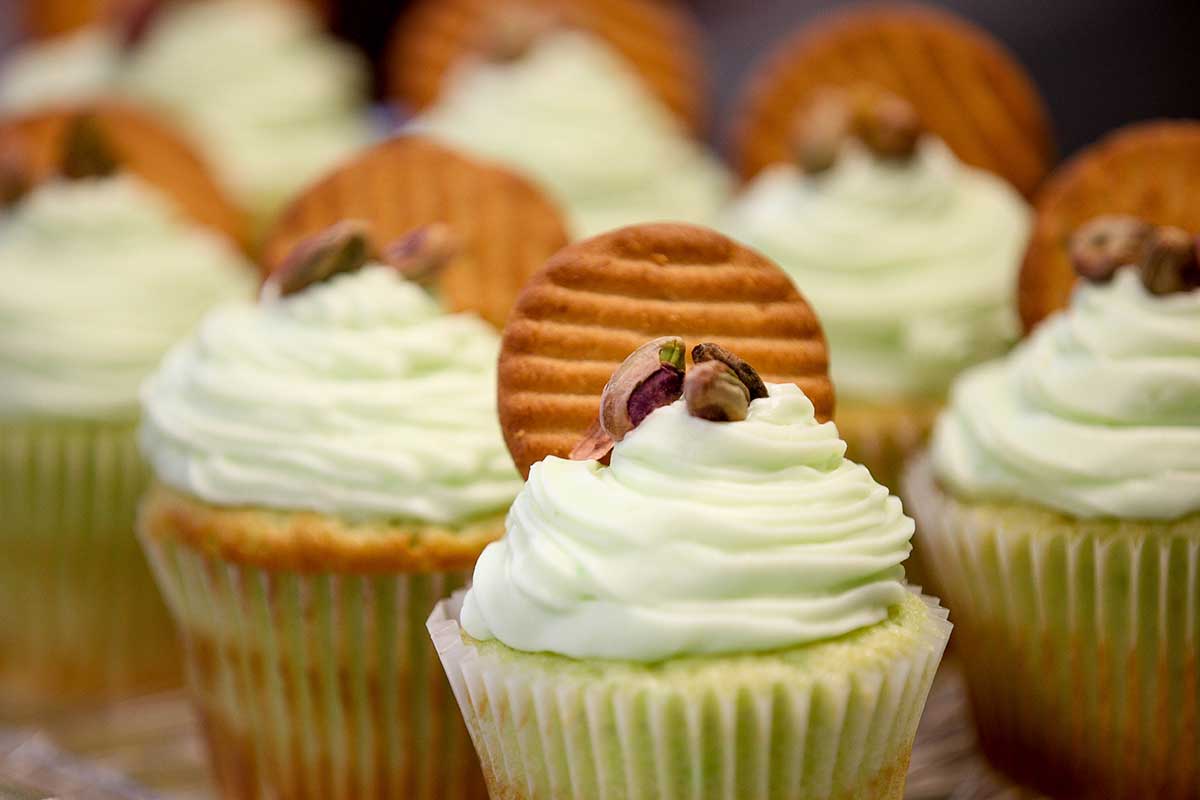 The Hamlet Diner in Chittenango is known for its “designer” pancakes, fish fry Fridays, daily soup and meal specials and homemade muffins, cakes and pies. It’s open for breakfast, lunch and dinner seven days a week and is a go-to gathering place in the community.

In recent months, the diner has been drawing visitors from places far and wide for its “Feel Good Bakery”: a bakery case stocked with cupcakes infused with CBD oil, baked on site several times a week by diner owners Dawn McCarthy and Alexandria Ciotti, Dawn’s daughter.

They look like regular, dressed-up cupcakes, but McCarthy and Ciotti believe they are offering some of the first CBD edibles in Central New York available for the public to purchase. They started offering the cupcakes several months ago and spotlighting them regularly on Instagram, which has sparked curiosity and gained them exposure. Some customers call to place orders in advance, and the cupcakes often head out the door as soon as they land in the bakery case.

“We have been blown away by the response to them,” says Dawn McCarthy, who took over the restaurant three years ago with her husband, Tom, and daughter. “The response has been just phenomenal.” 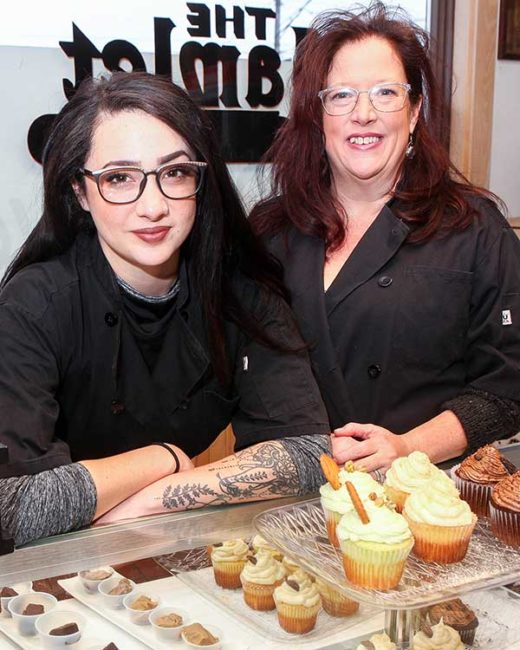 Alexandria Ciotti and Dawn McCarthy are the owners of The Hamlet Diner and its Feel Good Bakery, which features CBD-infused cupcakes. (Michael Davis/Syracuse New Times)

CBD, short for cannabidiol, is a natural health remedy derived from hemp, a member of the cannabis family, which also includes marijuana. CBD, along with THC, is one of the many chemical compounds found in cannabis. But, unlike THC, CBD is not psychoactive. In other words, it doesn’t get you high.

The McCarthys became interested in CBD after an acquaintance switched from prescription painkillers to CBD. Individual results vary, but studies have shown that CBD may be effective in reducing pain and inflammation and relieving anxiety and depression. It is said to reduce acne, help people sleep better and alleviate cancer-related pain and symptoms and the side effects of chemotherapy, including nausea and vomiting.

CBD oil, or tincture, is dark brown and has an earthy flavor. Some people take it under the tongue; others add it to water and coffee. Some companies offer CBD in the form of a “gummy” supplement. That’s partly what got the McCarthys and their daughter curious about experimenting with CBD oil in edibles. They have put the oil in pancakes, and some of their customers buy single doses ($2) to add to their coffee – or, in the case of one customer, their clam chowder.

Dawn McCarthy has fibromyalgia and finds CBD helpful in managing its symptoms, including migraines, fatigue and chronic pain. “Once you start using it,” she says, “you really notice when you don’t take it. It makes a huge difference for me.”

Husband Tom McCarthy, the restaurant’s lead cook, says CBD helps him feel less anxious and stressed. “It makes it so the little things don’t bother me so much,” he says.

“We really believe in the medicinal value of it,” his daughter adds.

For their CBD cupcakes and other baked goods, The Hamlet is using CBD oil from Head + Heal, a company launched by Allan Gandelman, founder of Cortland County–based Main Street Farms, and partner Karli Miller-Hornick. Dawn McCarthy likes that Head + Head CBD is a “seed to bottle” product, derived from hemp grown organically and processed in Central New York. Head + Heal CBD oil and salves are also sold at the restaurant.

McCarthy and Ciotti say that developing recipes for their CBD cupcakes has involved a lot of trial and error. Flavors like chocolate and red velvet tend to be a better partner for CBD than, say, angel food cake. Each cupcake contains a 1-milliliter dose of the oil, which is used in both the cupcake batter and the icing. They usually bake six flavors at a time, with one variety being gluten-free. Prices are $5 for CBD cupcakes and $6.50 for gluten-free CBD cupcakes.

The McCarthy family also owns and operates The North Pole ice cream stand next door to the diner and the Fat Bottom Grills food truck. They hope to one day expand the restaurant so it has a larger Feel Good Bakery space. They also plan to introduce CBD offerings on their regular menu. CBD soups, burgers and eggs Benedict, anyone?

“There is a stigma associated with CBD,” Dawn McCarthy says. “But as more people learn about it and start using it, there’s less of a stigma,” Tom McCarthy adds.

Sweet treats are a family affair at Hercules Candy Co.
The ski season is still in flux, yet snowmaking helps cover region’s slopes
To Top