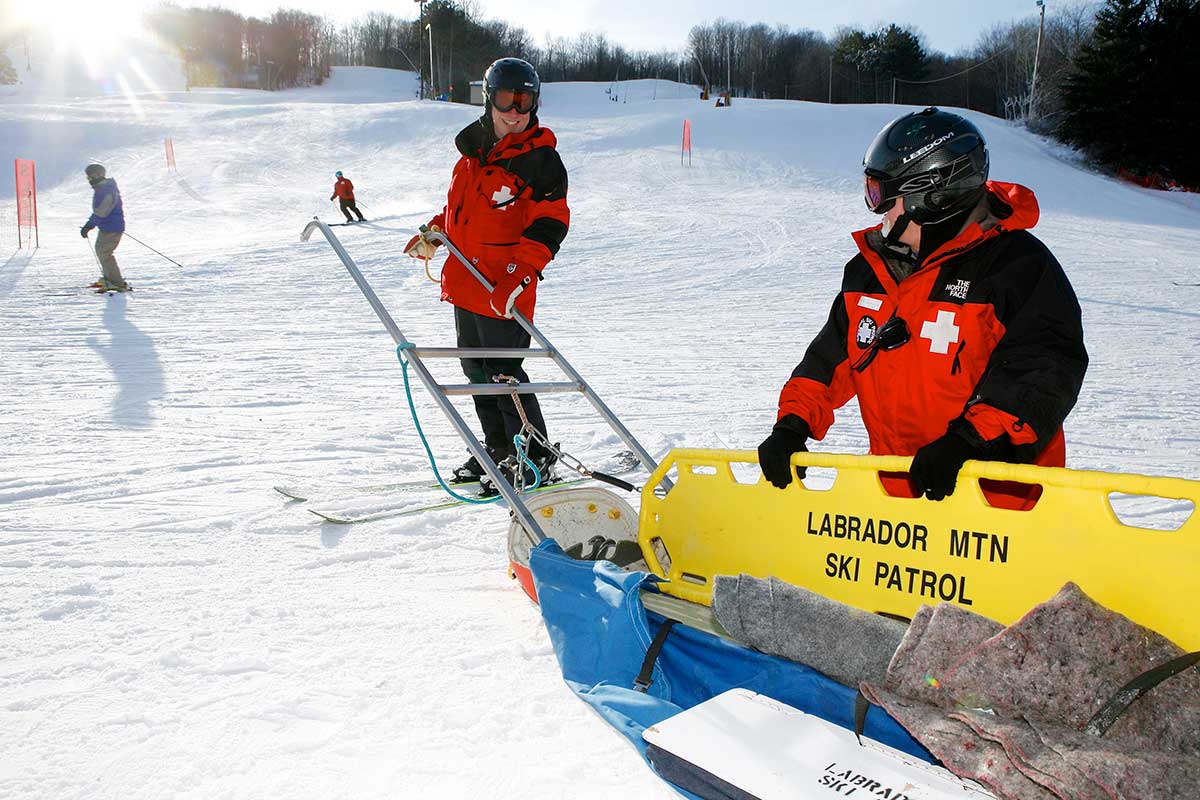 As the midpoint of the ski season approaches in Central New York, both Alpine and Nordic skiers have more reason to look forward than to look back. After an initial and promising snowfall in November, the weather conditions seem to have gone south, leaving the local and regional ski areas dependent on their own ability to make snow — an expensive proposition — and Nordic skiers stuck at home.

As a result, Toggenburg, Song Mountain, Labrador, Greek Peak and the other regional areas have concentrated on addressing their main slopes with their snowmaking fan guns ($25,000 to $35,000 each and hundreds of dollars an hour to operate) while watching the weather reports, hoping for better news. These conditions produced an especially challenging situation over the Christmas-New Year’s holiday period, which can amount to 30 percent of a ski area’s seasonal budget. If there is good news, it has to be the temperatures, which have been reliable enough to continue to make snow, however costly.

The enduring, existential concern for the entire ski industry is, of course, climate change, an uncontrollable factor. 2018 was the fourth warmest year on record, and the outlook is not promising. Nonetheless, skiing remains a primary recreational option for many Central New Yorkers.

Peter Harris, director of Song Mountain, remains optimistic. “The weather has been a typical New York roller-coaster,” he said recently, “but there’s good skiing ahead.”

Recent weather conditions — snow and low temperatures — have made Jim Hickey, owner-manager at Toggenburg, optimistic as well, in spite of a disappointing Christmas-New Year season. “We hope to be in a better state soon, with help from lower temperatures and some (natural) snow. We’ll have our (snow) guns rippin’ it, and will be able to cover the entire hill.”

Three years ago, Greek Peak, the year-round resort in Virgil, near Cortland, partnered with Toggenburg (520-foot vertical drop, 21 trails, five lifts, two terrain parks), located on Route 80 in Fabius, to offer season pass holders a range of discounts at the larger Greek Peak (952-foot vertical drop, 55 trails, eight lifts, three terrain parks) including free access to the Nordic ski trail system. Season passes at Toggenburg now start at $575 with the option of a Greek Peak upgrade, a pass good at either facility, at an additional $340. Season passes at Greek Peak are $800 with a $115 Toggenburg upgrade. Both areas also offer discounts for students, military personnel and seniors and other pass options. 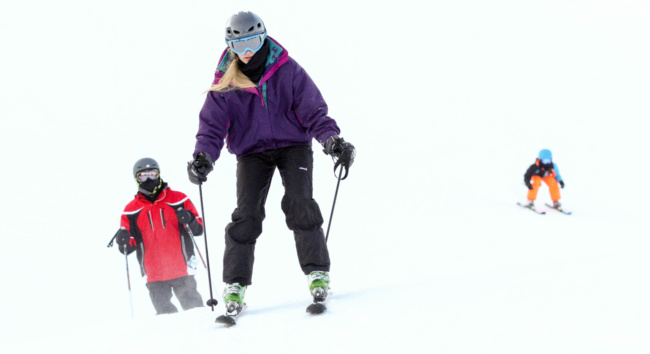 Woods Valley, located on State Route 46 in Westernville, seven miles north of Rome, has been in operation since 1964. It offers 21 trails served by six lifts, and a terrain park on a 25-acre facility with a vertical drop of 500 feet.

Smaller yet but much closer, Four Seasons on Route 5 in Fayetteville is “a great place to learn to ski and have some fun,” according to area owner John Goodfellow. It offers a forgiving vertical drop of 100 feet, enhanced snowmaking capabilities, a chairlift and a conveyor (a.k.a. “magic carpet,”), rails for snowboard tricksters, snow tubing and six trails. Thanks to an expanded snowmaking capability, Four Seasons has a base of 4 to 5 feet and enjoyed its best holiday season in four years. A great, convenient learning facility, Four Seasons has package deals for as little as $110 and also hosts private parties and other events. Seasonal passes start at $165 and day passes are available for as little as $18. 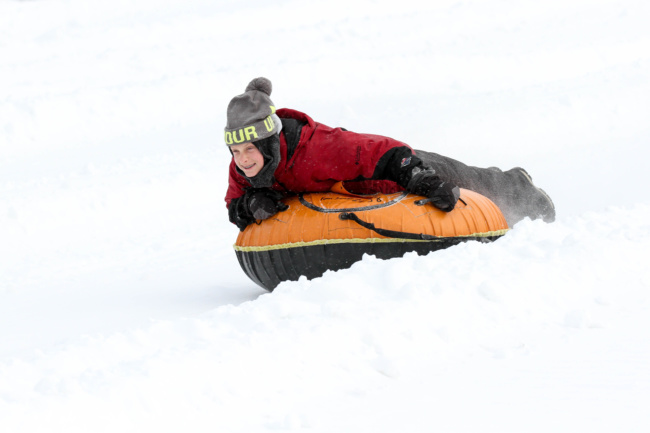 Nordic skiers, a.k.a. cross-country skiers, do not benefit from snowmaking and are completely at the mercy of Mother Nature for skiable conditions: frozen ground and a reliable base. Local opportunities abound, however, when conditions permit. Several Onondaga County parks, including Beaver Lake Nature Center in Baldwinsville, Oneida Shores on Oneida Lake, and Highland Forest in Fabius, offer good choices. Highland Forest, especially, is a premium winter destination, featuring 40 miles of trails, 20 of them groomed, as well as three loops for skating skiers. Admission and/or trail fees apply at most of these areas.

Other options include Green Lakes State Park, Route 5 in Fayetteville. Greek Peak in Virgil operates its own Nordic center with trails for skiers, snowshoers and fat bikes, some of them groomed. Trail fees apply, from $5 weekdays to $16.50 weekends. And there is the Osceola Tug Hill Ski Center in Camden, with 40K of groomed trails reserved exclusively for skiers with 300 inches of snow each year. Trail fees start at $15.

Winona Forest in Boylston, a 9,233-acre Tug Hill state forest, offers 70 miles of groomed trails for Nordic skiers, dog sledders and snowmobiles. And Breia, a privately owned ski and snowshoe area near Boonville, has 50 km of backwoods trails and is free and open to the public.

If Mother Nature has not been as cooperative as ski resort owners would like this season, New York state has stepped in to help. As part of a continuing effort to promote energy efficiency and reduce carbon emissions, New York State Energy Research and Development Authority has included the Snow Gun Program, aimed at helping ski areas, both private and public, purchase and install more efficient snowmaking equipment.

With an annual budget of $5 million, all of which has been allocated, according to communications manager Aron Ashrafioun, NYSERDA grants of up to $300,000 are available to cover up to 80 percent of the purchase costs, with the ski area owners providing the remaining funds. Local ski hills that have benefited from this program include Song Mountain, Labrador Mountain, Toggenburg, Greek Peak and Fayetteville’s Four Seasons, which used its new $25,000 fan gun to enable the area to achieve full coverage during the holiday season.

Snowmaking is an expensive but increasingly necessary requirement for Central New York ski areas, due primarily to unreliable weather conditions. With the right snowmaking capability, however, there can be good skiing even when there is no snow in the backyard.