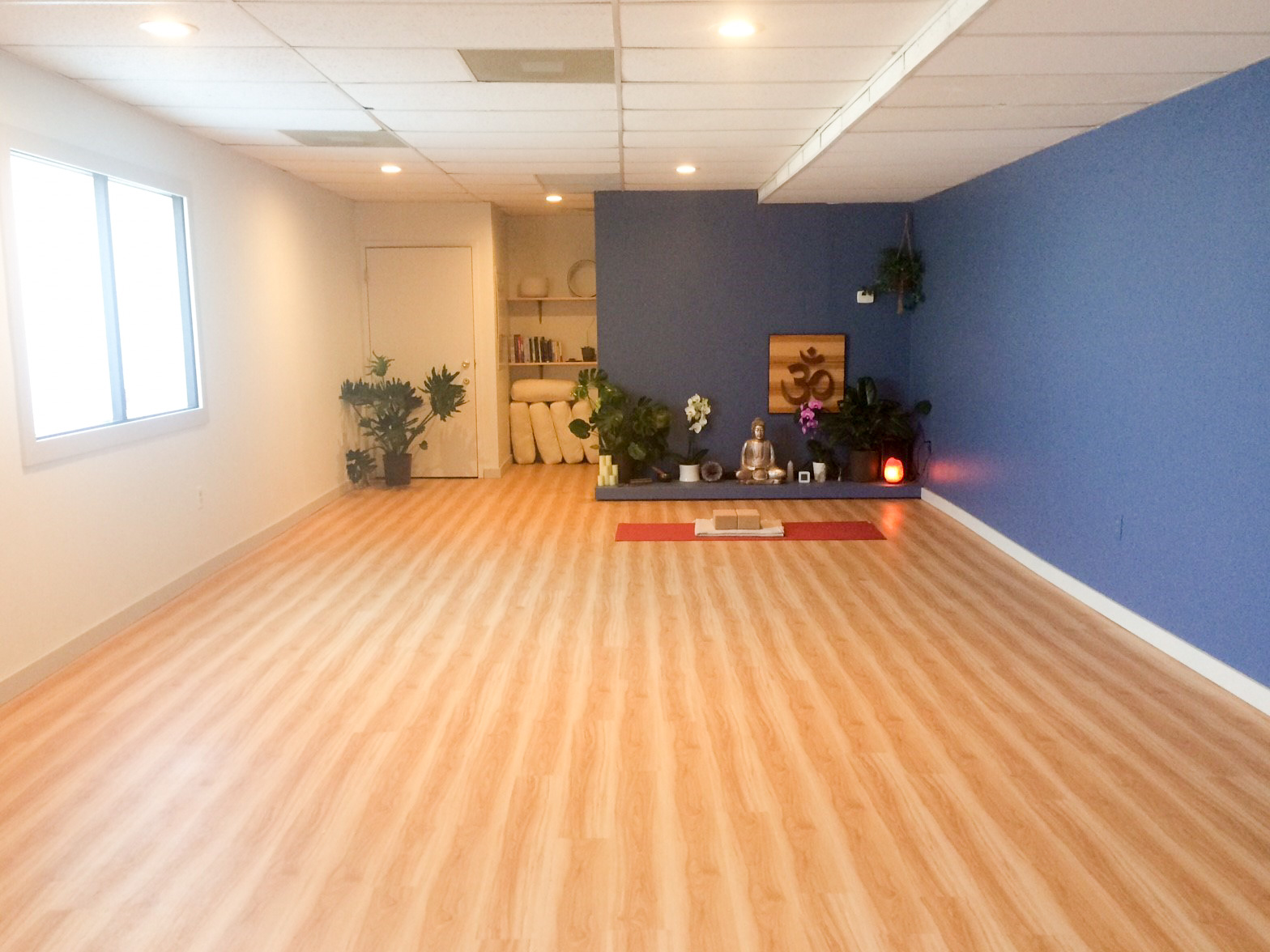 Driving down Genesee Street in the village of Fayetteville, just past the Towne Drive plaza, a new business sits hidden away from the street. On the back side of KW Fitness, marked only by a sidewalk sign and door graphic, Mindful Yoga waits quietly for its clients.

Owner Heather McClelland has been practicing yoga for about nine years and began teaching four years ago. Her interest was piqued in elementary school when she and her friends would play around with their mothers’ yoga equipment. She was never particularly athletic or into sports, but loved doing yoga and Pilates in high school gym class.

McClelland started taking classes near graduation and went on to teach at Lotus Life and O Yoga in DeWitt. But she knew she wanted more: “I felt like I was an in-between for about a year. I knew I wanted to do something really awesome, but I couldn’t put my finger on what.”

After getting married in July 2017, she began talking with her husband — who works in finance — about the idea of opening her own business. With help from the U.S. Small Business Association through downtown Syracuse’s Tech Garden, McClelland was checking out possible locations last September.

bShe quickly found the studio’s new home: the former Fayetteville repair shop Epic Outdoor Adventures, which closed in 2016 after a six-year run. The space needed significant cosmetic work, however. The ceiling had holes, the walls were patchy, the drywall was unfinished, and the floor was cracked tile.

But it already had the structural shell that the current lobby, bathroom, storage area and studio now use. Plus it was in the location that McClelland wanted. Although she lives in Tipperary Hill and grew up on Syracuse’s West Side, most of McClelland’s clients lived in the eastern suburbs, and she knew more people from working at Fayetteville’s Soleil Café.

After a month of long DIY nights with her husband and her father, McClelland’s Mindful Yoga opened for business in January.

The space is modest, but that’s how McClelland wanted it. The front door leads into a small lobby, with a place for patrons to leave their shoes and a tiny shop corner displaying business and local artisan merchandise. The yoga studio fits about 16ut it people, and the windows that face the parking lot have frosted glass, adding a sense of privacy and creating a soft glow.

“I wanted something that felt a bit more cozy and homey,” McClelland said.

That tight-knit feeling sets Mindful Yoga apart from other studios, McClelland said. Some rival studios have 30 people per class, yet McClelland wanted a studio that was welcoming, where people wouldn’t feel pressured by other members.

“I have people telling me, ‘I worry everyone else knows what they’re doing, and I don’t,’” she said. “I used to worry about the same things.”

All instructors are able to modify positions to fit people’s abilities. People with chronic pain, those who are recovering from an injury or who are nervous to start yoga often feel more comfortable beginning with one-on-one work, she said.

The classes include Vinyasa, Tapas and Yin Yoga. The Tender Tuesday session gives patrons warm towels scented with oils to help them relax. There are also specialty classes, such as yoga by candlelight or a workshop on headstands.

The instructors incorporate elements of meditation and breathing techniques into their sessions to give patrons a taste of the entire yoga philosophy outside the well-known stretching.

“People can take what they learn here and can bring it to other aspects of their lives,” McClelland said.

The studio will be hosting a special Earth Day event on Sunday, McClelland said. From 11 a.m. to 2 p.m. there will be food, drink and a local yoga clothing company and jewelry maker on site.

Mindful Yoga is located at 401 E. Genesee St., Fayetteville. Check out the schedule of classes at mindfulyogastudio.co.

Could iridology be the next star of alternative healthcare?
Locally sourced restaurant Defi Cuisine slated for downtown Syracuse
To Top