New games were announced by gaming company Bethesda at the E3 conference in Los Angeles, CA on June 14.

Electronic Entertainment Expo, better known as E3, is currently taking place in Los Angeles, CA. For those not able to attend, videos of the conference, as well as streaming, will be available.

In this game developer’s first ever E3 presentation, Bethesda showcased a number of upcoming games and products, including “DOOM,” “Battlecry,” “Dishonored 2,” “The Elder Scrolls Online” and “Fallout 4.”

The conference opened with a collage trailer compiled of footage from all of Bethesda’s upcoming titles. Pete Hines, Bethesda’s VP of Marketing, kicked off the event with a few introductory words before handing it over to Marty Stratton, an executive producer at id Software, a Bethesda subsidary.

“DOOM”: Stratton introduced the trailer for the upcoming “DOOM,” citing the franchise’s significance to id employees as “a special part of each of our individual gaming histories, both personally and professionally.’”

The five-minute preview showcased the scary ambiance and gore the DOOM franchise is known for, depicting the unnamed Marine blasting his way through demons in the corridors of an industrial facility on Mars.

Stratton then announced “DOOM”’s multiplayer mode. He described a variety of maps, including everything from “UAC Facilities on Mars to the depths of Hell,” as well as several game modes including “domination, freeze tag and clan arena.” They then screened a brief sneak peek at multiplayer footage.

Following this was the unveiling of “DOOM” Snapmap, a platform enabling players to create and share their own “DOOM” levels and gamemodes.

“It’s about making sure players never run out of fun and imaginative gameplay,” Stratton said. He also added that Snapmap exists to salute the “DOOM” franchise’s long history of player-created modifications and content.

Stratton concluded with another preview of the single player campaign, this time showing the Marine traversing Hell itself. As he left the stage, Stratton announced “DOOM” would launch in Spring 2016 for Xbox One, Playstation 4 and PC.

Bethesda.net: Hines returned to the stage to announce Bethesda.net, a new online platform that will link all Bethesda titles and their sharing content, including “DOOM” Snapmap. He also announced it will provide news, articles and forums for Bethesda fans.

Battlecry: A new IP from the newly-founded Battlecry Studios, “Battlecry” is an online tactical action game. Following a successful alpha test in Australia and New Zealand, Lucas Davis, design director for Battlecry Studios, announced worldwide sign ups for a global beta test at battlecrythegame.com. Those that sign up before June 18 will receive priority beta access. Also shown was gameplay footage, as well as a teaser trailer for the newly-announced Han Republic warrior faction. 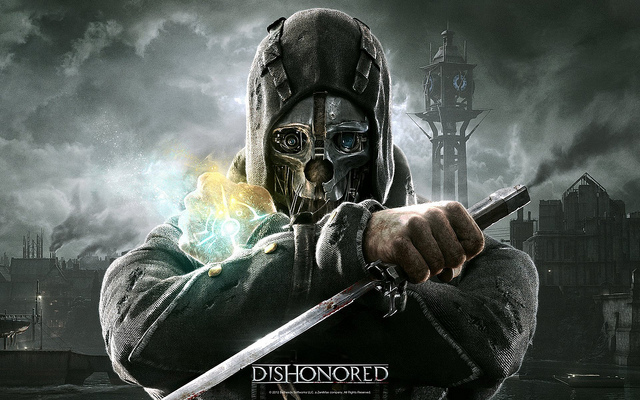 “Dishonored 2”: Harvey Smith and Raphael Colantonio, co-creative directors for Arkane Studios, took to the stage to introduce “Dishonored 2,” accompanied by a teaser trailer. The co-directors were unable to share much more about the project, though they did announce it would release for Xbox One, Playstation 4 and PC. Finally, Smith and Colantonio annouced “Dishonored: Definitive Edition,” an update of the first “Dishonored” featuring all the downloadable content and remastered graphics for next generation consoles coming this fall.

“The Elder Scrolls Legends”: Hines announced a strategic card game based on “The Elder Scrolls” universe, accompanied by a brief teaser. The free-to-play game will launch for PC and iPad platforms later this year.

Howard discussed how far gaming has come during his career alone, how important gaming entertainment is and how much time and effort game developers give to their projects. Following a showcase of “Fallout 4” concept art, Howard showed an in-depth look at the beginning of the game, featuring the domestic life of a couple prior to nuclear annihilation. The preview showcased the initial character creation screen, which features dynamic facial sculpting rather than a traditional series of sliders. Howard also added that Codsworth, the players’ robotic assistant, has a recorded list of about a thousand popular names, enabling him to call the player character whatever name the player chooses.

Howard also demonstrated the dynamic talk system, where a player may choose his dialogue response from a number of different options when conversing with another character in the game. He then demonstrated the features of the dog prominently featured in the initial trailer. Players will be able to give it commands such as moving to a specific point or retrieving an object.

Also shown off were the Pip-Boy features. The wrist-mounted computer device is a staple of the Fallout series, keeping track of a player’s stats, status and inventory. However, the Pip-Boy in “Fallout 4” offers a host of other features such as the ability to listen to music and play mini games.

Howard announced that a real-life prop replica of the Pip-Boy device would come with “Fallout 4″‘s collector’s edition. The replica will be able to house a player’s smartphone. Bethesda also created an app for both iOS and Android that syncs with the game, enabling players to use their real-life Pip-Boy with the game.

“Fallout Shelter”: An entirely new game for iOS set in the Fallout universe. Players will create and manage their own vaults, where survivors of the nuclear apocalypse live. Managing resources, population and defending the vault from raiders will all be a part of the game.

“Fallout 4” Crafting System: For the last bit of “Fallout 4” showcasing, Howard showed off the game’s new crafting system, which allows players to cobble together things like weapons, armor and buildings from scrap materials in the overworld.

Finally, Hines thanked the attendees, and announced that each of them would receive a set of three commemorative figures for Bethesda’s first E3 on their way out.