Electronic Entertainment Expo, or E3 for short, is the annual video game industry trade show where companies make announcements about upcoming products and games. Here’s a look at the best of what Microsoft, Sony and Nintendo had to offer.

Halo 5: Guardians: Bonnie Ross, studio head for 343 Industries took the stage, who promised 2015 would feature “the greatest lineup of games in Xbox History,” followed by an extended look at Halo 5: Guardians, featuring both cutscenes and gameplay footage. The new installment in this iconic Xbox franchise is coming exclusively for Xbox One on October 27. Josh Holmes, the executive producer, took the stage to talk about Halo’s multiplayer, Warzone. It will feature two squads of the game’s iconic Spartans, against each other in 24-player online arenas.

Xbox 360 backwards compatibility: Phil Spencer, the head of Xbox, took the stage to announce the last-gen Xbox 360 compatibility for the Xbox One. Mike Ybarra, head of platform engineering, announced they would have over 100 Xbox 360 titles compatible on Xbox One, as both downloads and physical disks added to the player’s library. In addition, backwards compatible titles can take advantage of Xbox One features, like screenshot capability and online play. Game developers will only have to approve their titles for backwards compatibility, with no extra work required from them. Xbox preview members received access to this catalog immediately after the presentation, with the features rolling out for all users this holiday season.

Xbox One elite wireless controller: An “elite controller for elite gamers,” promises more precision and accuracy, as well as swappable components, button remapping and sensitivity adjustments designed for Xbox One and Windows 10. 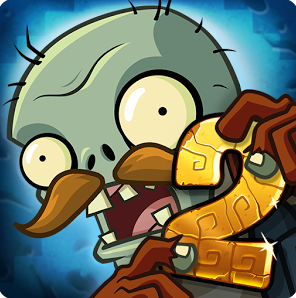 Plants vs. Zombies: Garden Warfare 2: Arriving next spring, the world premiere trailer showed a trailer featuring the titular Plants and Zombies duking it out in an urban environment, all set to “Highway to the Danger Zone.”

Forza 6: Dan Greenawalt, creative director for Turn 10 Studios, along with Henry Ford III himself from Ford Motor Co., announced the return of the Ford GT alongside the upcoming entry in the racing series Forza 6, launching Sept. 15.

Tom Clancy’s The Division: A world premiere trailer showed the new post-apocalyptic Tom Clancy title, developed by Ubisoft, accompanied by the slogan “When Society Falls, We Rise.” Ubisoft America’s Laurent Detoc took to the stage to announce that Xbox One players would be the first to experience The Division’s beta test this December.

Photo provided by Rise of the Tomb Raider on Facebook

Rise of the Tomb Raider: Brian Horton, from Crystal Dynamics, showed a first look at gameplay for Rise of the Tomb Raider, the latest adventure of gaming icon Lara Croft. The trailer depicted the heroine scaling an ice-covered mountain. The title will be a timed Xbox One exclusive, releasing in December.

Microsoft Hololens: Announced last January, Microsoft’s VR headset was demonstrated by Lydia Winters, brand director for Mojang. They demonstrated the HoloLens’ compatibility with a new version of Minecraft, enabling them to view their Minecraft worlds in a fully rendered 3D holographic environment in the real world, controllable with the player’s hand and voice free of a controller.

Gears of War: Rod Fergusson, Studio Head of the Coalition, announced Gears of War Ultimate Edition, the first Gears of War remastered for Xbox One. A one-week free public beta started immediately after the conference. Fergusson then ended the briefing with a look at the gameplay for an all new title in the series, Gears 4.

Hitman: Square Enix and Io interactive presented a trailer for a new entry in the Hitman series, juxtaposing a glamorous criminal underworld with Agent 47, the protagonist jogging through the winter snow. The game will be coming initially to a digital release, with a Playstation 4 exclusive beta, as well as six Playstation-exclusive missions.

Street Fighter V: A trailer for the new entry in the long-running Capcom fighting franchise featured familiar characters such as Ryu, Chun-li, and M. Bison brawling in the traditional Street Fighter style. The title is coming to Playstation 4 and PC, as well as an exclusive PS4 early access beta.

Destiny: New content for the Bungie online shooter was announced, in the form of the expansion pack titled The Taken King, launching in August. It offers a host of new content, including new equipment and a new map.

Assassin’s Creed Syndicate: A trailer for the upcoming Ubisoft title, this time describing more plot elements and characters, as well as demonstration of some new weapons. The Dreadful Crimes expanded content will be exclusive to Playstation 4

Final Fantasy VII Remake: A new HD remake of the beloved Final Fantasy entry will come first to Playstation 4. A graphically-intricate trailer showcased locales and teased the characters that will be familiar to fans of the original.

Batman: Arkham Knight: A trailer for the latest Arkham title was shown before the game’s launch next week, featuring the cremation of the Joker. Missions based around the Batman villain Scarecrow were announced to be Playstation 4 exclusive. 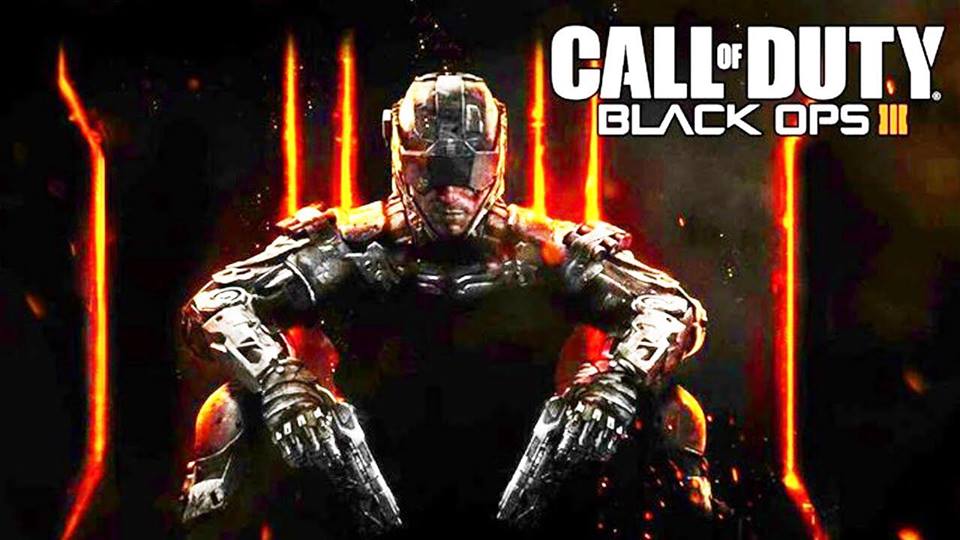 Photo provided by Call of Duty: Black Ops 3 on Facebook

Call of Duty Black Ops III: A lengthy gameplay trailer for the juggernaut FPS franchise was shown, showcasing the setting of a militaristic future. It launches this November. In an exclusive deal with Sony, Playstation 4 will get exclusive multiplayer beta access and first access to all map packs.

Star Wars Battlefront: Patrick Bach of Dice discussed the co-op, which is both online and local split-screen. A trailer was shown, which displayed battle on a desert planet.

Uncharted 4: A Thief’s End: The conference concluded with another trailer for Uncharted 4, which was announced at the last E3. The preview showed a more in-depth look at the game’s third-person gameplay, focusing on cover-based shooting and extensive vehicle operation.

StarFox Zero: Video footage of the new StarFox for Wii U, which showed a variety of gameplay. The series’ iconic Arwing starfighter transforms into a walking mecha unit, and other crafts, such as the Landmaster Tank are pilot-able as well. All-range mode makes a return from Star Fox 64, a mode in which players have free-form control over their ship. The game is expected to release during the holiday season of 2015. Shigeru Miyamoto talked about the origin of StarFox and its inspiration in the Thunderbirds TV series and the Shinto shrine near his childhood home. He also announced gyroscopic controls via the Wii U gamepad. The third-person view will be on the TV, but the first-person view on the gamepad. He also talked about the new control scheme, and how the Arwing’s transformation was originally planned for the unreleased StarFox 2.

The Legend of Zelda: Triforce Heroes: A new entry in the Legend of Zelda series offering cooperative play across several Nintendo 3DS devices. Eiji Aonuma, producer of the Zelda series, came to talk about the cooperative elements and the 3D visuals of this Zelda title. They also introduced a Totem mechanic, the ability for characters to stack on top of each other to battle enemies and solve puzzles. They also have the ability to buy new outfits which change your character’s abilities. The game launches in the fall of 2015. 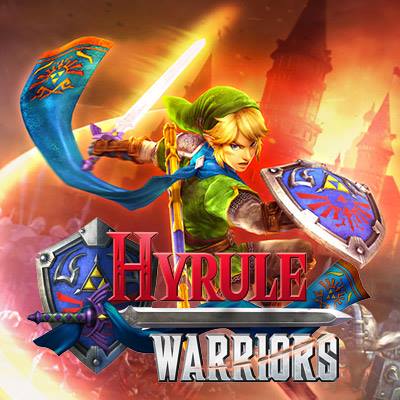 Hyrule Warriors Legends: A 3DS re-imagining of the Wii U action title that crossed Zelda over with the Dynasty Warriors franchise. All of the DLC characters will return, plus some unique ones to the 3DS version, such as Wind Waker characters, Tetra and the King of Red Lions. It launches in the first quarter of 2016.

Animal Crossing: Happy Home Designer: An interior decorating simulator based on the Animal Crossing characters and universe. It offers compatibility with amiibo-infused trading cards. It will see shelves on Sept. 25, 2015.

Yoshi’s Wooly World: Emi Watanabe discussed the upcoming Yoshi title, which offers compatibility with knit plush amiibo. Watanabe told the story of how she created the first yarn Yoshi just for fun, but the developers liked it so much they decided to create the plush amiibo. It’s release date is October 16, 2015.

Super Mario Maker: The previously-announced application enables you to create your own Mario Levels. Shigeru Miyamoto compared this to the old days of game design when he would manually draw the levels on graph paper, and the game design philosophy of the original Super Mario Bros. Amiibo compatibility will allow Mario to transform into other Nintendo characters. Select Best Buy stores in the U.S. and Canada will provide exclusive demos of Mario Maker this week. It will be released on Sept. 11, 2015.

E3: Bethesda Recap
What to Expect in Windows 10
To Top