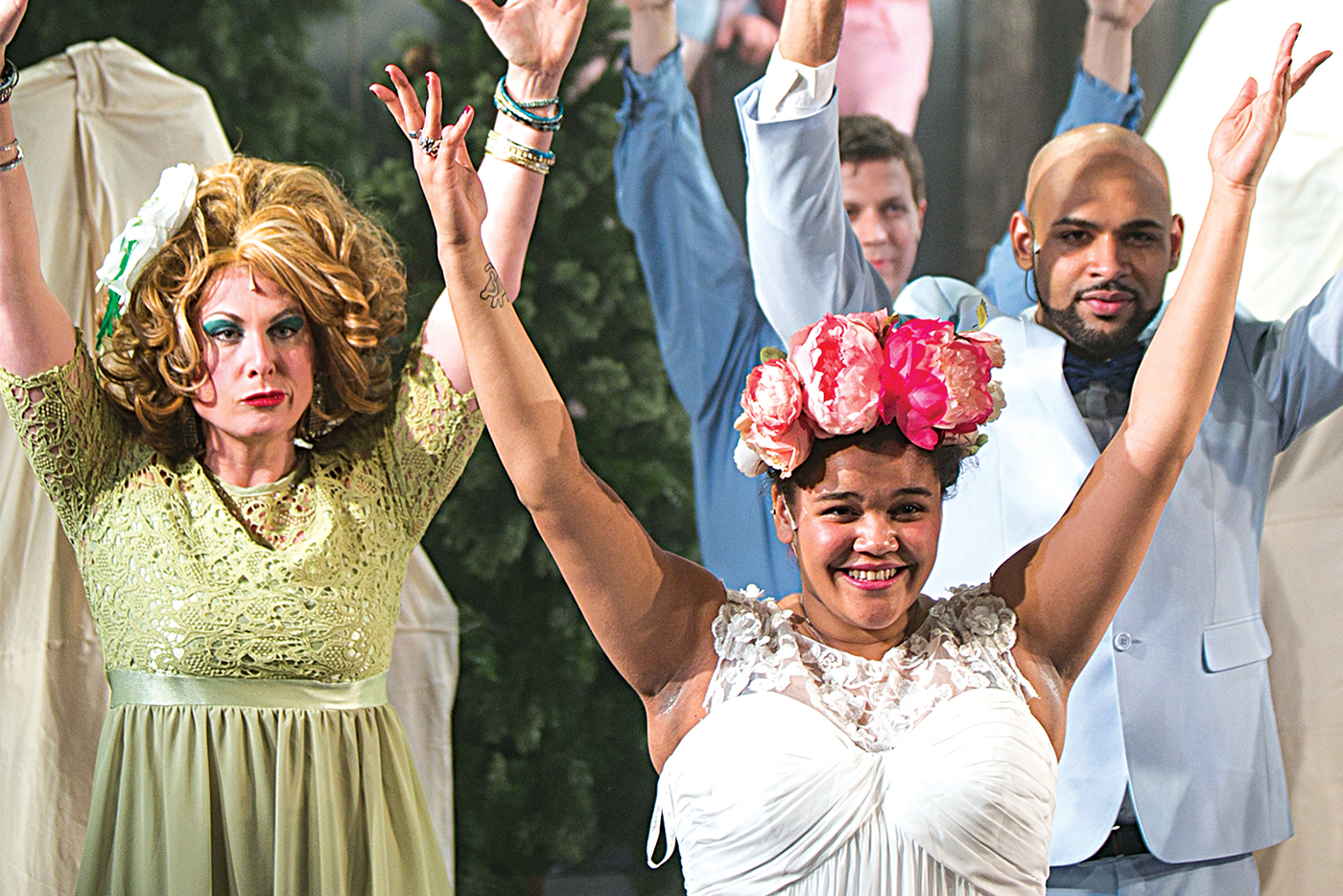 The Redhouse Arts Center takes a bold leap by performing two plays in one night.

Stephen Svoboda, executive artistic director at the Redhouse Arts Center, must be an inspirational leader. He’s challenged his company to follow him on a daring sylvan adventure: performing Stephen Sondheim’s Into the Woods and William Shakespeare’s A Midsummer Night’s Dream in repertory.

Most of the cast perform different roles in these two demanding pieces, often on the same day. It’s a test of their stamina, not to mention their memories! 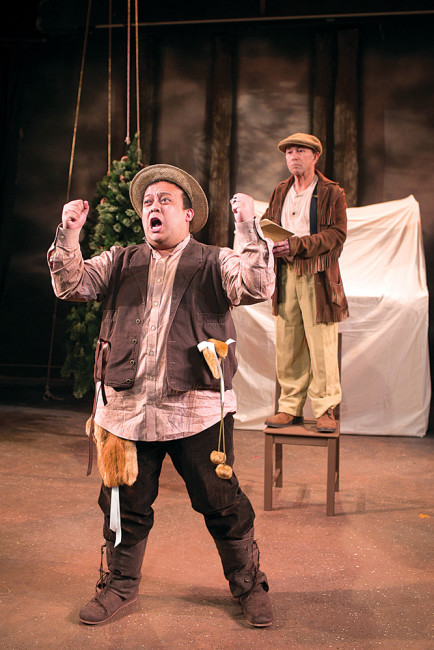 Sondheim’s Into the Woods (1987) revolutionized the subject matter that musical theater could explore. James Lapine’s book cleverly interweaves fairy tales from the Brothers Grimm that we all know from our childhood. By the end of the first act, it would appear that all the familiar characters — Cinderella, Jack of beanstalk fame, Little Red Riding Hood — get everything they wish for.

But the rosy picture begins to crack and crumble in the second act, leading Sondheim to explore some unusually dark material for a musical. Cinderella’s handsome prince turns out to be a philandering husband, Rapunzel finds out that danger lurks in the world beyond her tower, and the vengeful widow of the giant slain by beanstalk climber Jack is threatening to destroy them all.

Sondheim tells their stories through his deliciously witty lyrics and beguiling music, fully exploited by Svoboda’s large cast. There are particularly strong performances from Debra Thais Evans as the Witch, Jay Paranada as the Baker, Julia Goretsky as his wife, and John Bixler as the narrator, who in this production is a camp director in the Adirondacks. Some of the repartee is as demanding of exact timing as any operatic scene, as in the quintet in Act II when everyone blames everyone else (“It’s your fault,” “No, it’s his fault”). Music director Patrick Burns kept everyone on track.

The challenges in A Midsummer Night’s Dream are entirely different. John Bixler as the fairy king Oberon, a lumberjack in Svoboda’s turn-of-the-century Adirondacks conception, has to deliver some of the Bard’s most enchanting lines incongruously dressed in a red flannel shirt and bearing an ax. Unlike Sondheim’s dark woods, Shakespeare’s forest is a magical place where the tangled affairs of two pairs of lovers (played by Maxwel Anderson, Mary Nickson, Robin Virginie and Cole Smith) are eventually set straight. “Oh what fools these mortals be,” says Puck (Chris Coffey), whinnying in delight at all the mischief he has caused.

Only Shakespeare could have introduced a band of humble workmen into this moonlit landscape, there to rehearse a play they hope will be chosen as part of the king’s upcoming wedding ceremony. The extrovert Bottom (Jay Paranada) inadvertently gets caught in the middle of Oberon’s dispute with his wife Titania (Julia Goretsky) and is converted into an ass. Shakespeare makes the mock-heroic play performed by the “rude mechanicals” ridiculous enough without all the horseplay Svoboda chooses to add. When dealing with the Bard, it’s probably a good idea to trust your source.

Fresh Music Friday: Mother Falcon
Ian Stewart: All About The Bass
To Top