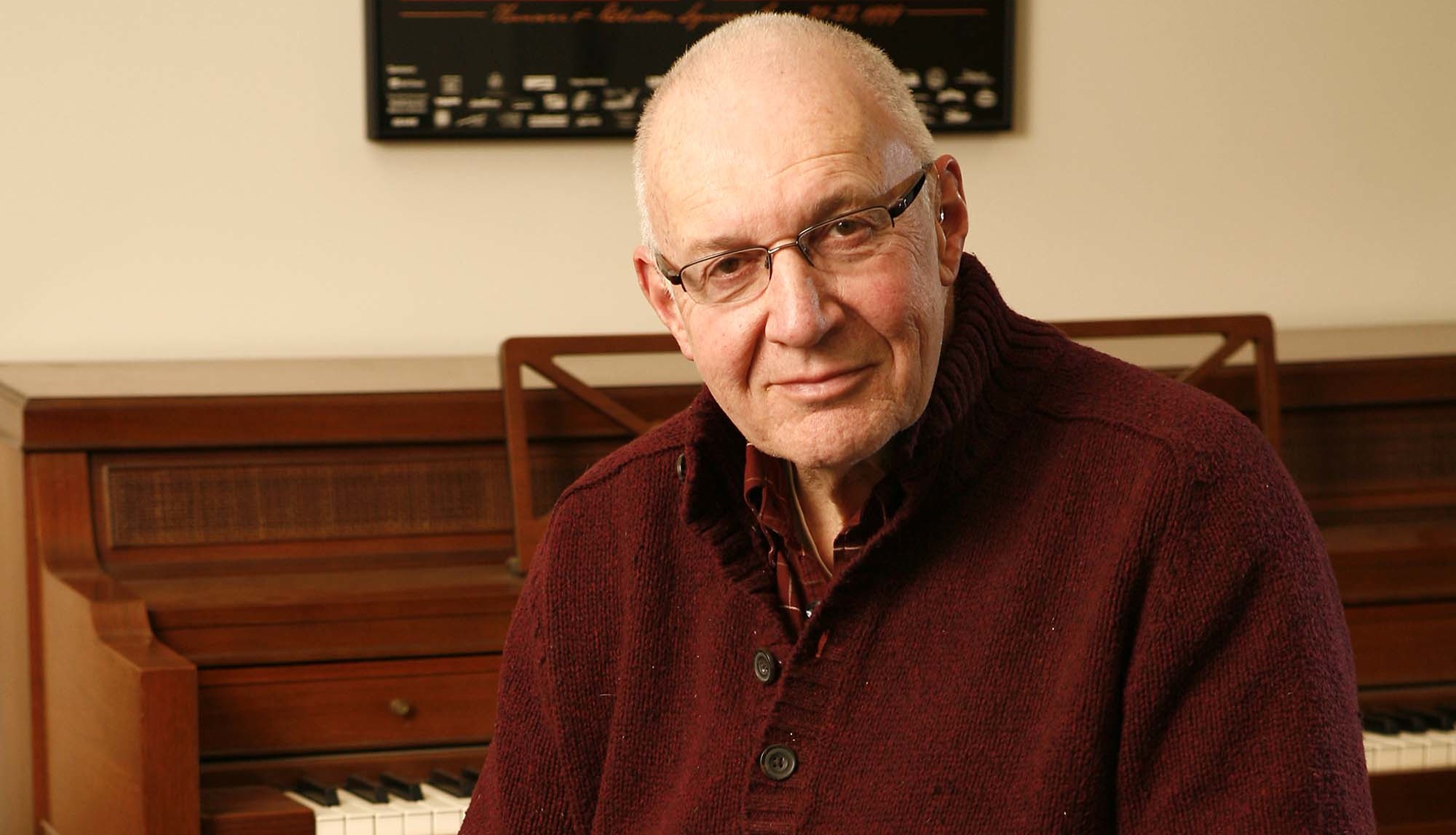 Dick Ford has a new CD release, but don’t look for it in stores or online. It’s not for sale. Ironically, since his career has not focused on recording (Ford ran the nonprofit Signature Music educational program for more than two decades), he reflects that the only time he listens to his own music is when he’s playing.

At 80, his Dick Ford Pianist CD is a marketing tool to facilitate bookings of his solo gigs, like his recent weekly series at the Colgate Inn in Hamilton and his current Thursday-evening run at the Gould Hotel in Seneca Falls, as well as playing at wedding receptions. In collaboration with producer Todd Hobin, Ford samples from “The Great American Songbook,” a lineup of traditional standards from “Days of Wine and Roses” to “Silent Night” to “Over the Rainbow.” To obtain a copy of the CD, call (315) 727-2720.

What was your reaction when you listened to your own work?

Did we get through without many clunkers? I did it with my friend Todd Hobin, and a couple of times we did a false start on a piece and we just said, “OK, we’ll start that over again.”

In a past life you were well known as a counselor. Have you chosen your genre as relaxing, perhaps therapeutic?

Yes. When I played at the Colgate Inn, or presently at the Gould Hotel, you know very little about what’s going on with the people in the room. But I do know that people enjoy listening to something that will help them relax, whether they’re eating a meal or having a glass of wine or engaged in a conversation.

My approach to music is to play something that is relaxing, and maybe familiar in a way that people can connect with their own past, bring back a memory. Unless you really want to engage the room in an extroverted way, just be mellow.

Ronnie Leigh said, “When I was younger I used to go outside during a break and smoke a cigarette or something. Then I learned that my job is to schmooze with the customers. Some will stay and have another drink. They’ll ask for a tune, and you’ll tell them, “Yeah, I’ll play that tune for you in my next set.” The key is to develop a relationship so they’ll either stay longer that evening, or come back another time. It’s all about helping the host, the owner of the business. It creates revenue.

One time at the Colgate Inn you discovered an audience member was a bandleader. Do you get any vibes to tell you who is there?

People will generally tell you at the bar, or at a table. At a hotel, where there may be people who are there from out of town, staying overnight for a day or two, my job is to say, “Hi, I’m Dick, I’m the piano player. Are you local? What brings you to the inn tonight?” and engage people in dialogue. I think they appreciate that somebody who is a musician felt comfortable just touching base.

How would you compare your musical development with the average experience of someone who was a student in one of your former music programs?

When I was developing first in high school, then in college, I was the leader of a band. So I made the decisions and said, “Let’s work on these songs.” We would share ideas in a group. We were empowering ourselves like a bunch of guys playing basketball together; you do what each guy can do.

When you’re working with teenagers or young adults in a band, you play off each other’s experience. With the teens I was working with, they were playing their instruments in a parallel with the lessons they were taking, either private or in a high school band. When I started working with them in public performance, I was really nurturing empowerment. The art of teaching is, I believe, in any small steps you can take.

Who were the people who came to you for those lessons?

Most of them just showed up. Maybe a parent, maybe a music teacher said, “Go see Dick, you can get something.” They needed to know that you took them as a full person in a non-judgmental, affirming environment, and that nothing was going to bother me about whatever baggage they might have been carrying.

Your image has generally been traditional, but your performances rocked the Colgate Inn. Did you discover your rockin’ self somewhere along the way?

Most people don’t realize that I’m an extrovert, and I really understand entertaining. When I was educated in a music school, the emphasis was on playing classical music, preparing for your faculty, and performing at very structured recitals wearing a tux. And I grew up playing in rural communities at square dances, polkas, jitterbugging, and knowing that people enjoyed dancing to different kinds of music.

People don’t realize when you’re studying to be a musician that you’re visibly out in the public, and people want to identify with you. Peter, Paul and Mary, Harry Belafonte, Tony Bennett, local people like Ronnie Leigh, people want to listen to them because they have some credibility with audiences.

Who do you listen to?

The Great American Songbook used to be Cole Porter, Irving Berlin and George Gershwin. Now for me it would be Porter, Berlin and Gershwin, and (music composers) Henry Mancini, Michel Legrand and Johnny Mandel.

Frantic Farce Flies Friendly Skies
All Poets & Heroes. Where We Lived and What We Lived For (independent)
To Top