When Patty Palladino’s 10-year-old son, Frankie, was diagnosed with type 1 diabetes, she said it felt like a punch in the gut to her family.

Frankie was diagnosed when he was 6 years old. After graduating from kindergarten in June 2010, Palladino said, Frankie caught a virus, and she thought nothing of it. Throughout July, he stayed in his room and didn’t want to play outside. He also lost weight. Palladino thought he was worried about starting full-day first grade and didn’t press the issue. 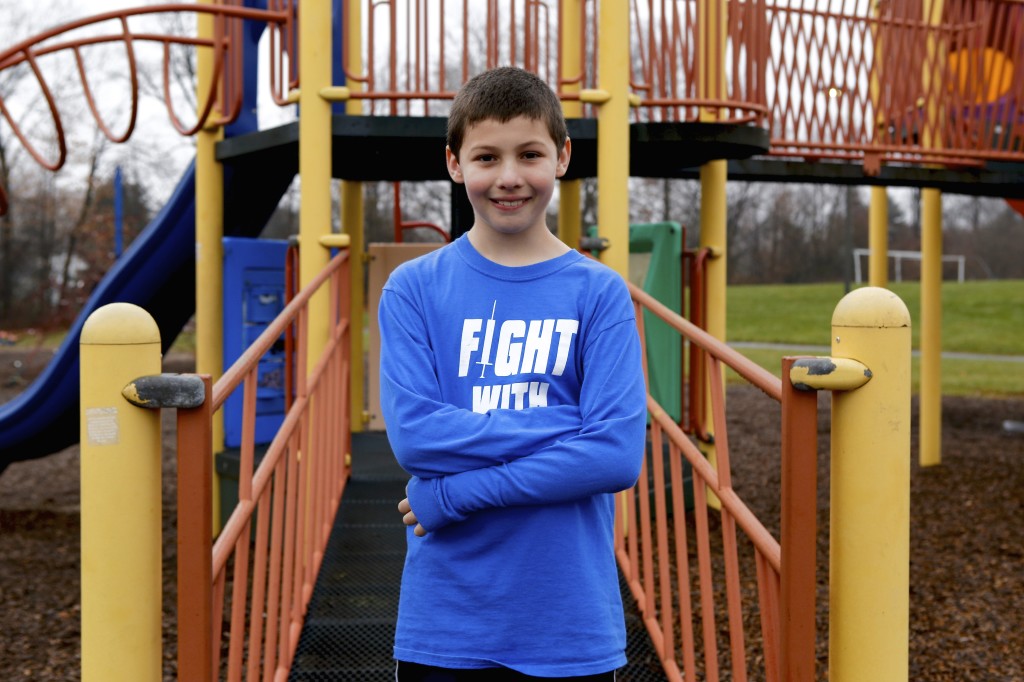 But then at a family party, family members who hadn’t seen him in a while were alarmed about his weight loss. He awoke the next morning vomiting, so Palladino rushed him to the clinic where she works as an office manager, Immediate Medical Care of Central New York.

The doctor, and her close friend, told her Frankie had diabetes.

At first, Palladino said, her family was just trying to swim through the scariness of it. But starting a year ago, Frankie decided to turn his diabetes into inspiration. He wrote to Manlius Mayor Paul Whorrall to ask him to light the Swan Pond blue, the national diabetes awareness color, for Diabetes Awareness Month in November.

After that first idea, Frankie and his family continued to plan events that draw attention to the disease. “I’m spreading awareness throughout my town when I’m only a kid,” Frankie said.

His most recent event took place on Nov. 14, World Diabetes Day. A group of about 15 friends, family and members from the American Diabetes Association gathered at the Manlius accessories store Dazzle, 332 Fayette St. Whorrall, Assemblyman Al Stirpe and Lindsay Bednarczyk, a representative of state Sen.  John DeFrancisco, were present to recognize the day. The three officials praised Frankie for the work he’s been doing to raise awareness.

“It’s really fortunate for us that we have somebody who’s willing to do something like this,” Whorrall said of the blue-lit Swan Pond. He said people who walk along the pond ask what the lights and blue ribbons tied to trees are for, and they learn about diabetes that way.

Palladino said Frankie and his 12-year-old sister, Rachel, met with Stirpe and DeFrancisco last year when the School Diabetes Care Bill was making its way through Albany. She said the kids go to their offices often to talk about diabetes, and both officials are supportive of Frankie’s cause.

The School Diabetes Care Bill was important to the Palladino family. Palladino said one of the big challenges her family faced after Frankie was diagnosed was a lack of understanding from Frankie’s school, Enders Road Elementary.

“He was the first {diabetic} in his building in five or six years, so they didn’t really know how to help him or what to do,” she said. Frankie said he was told by a teacher that his diabetes was a distraction in her classroom.

Now, much of the Enders Road faculty has gone through training that helps them better manage pupils with diabetes. The teachers who have gone through this training are allowed to administer glucagon injections when the blood sugar of the pupils is falling too low, which is an uncommon policy for schools, according to Palladino, who said she feels better knowing her son is with capable people when he’s not at home.

But Frankie does more than go to school and come home. He is a Cub Scout, he plays basketball, he plans to start playing lacrosse and he likes to play video games at his friends’ houses and sometimes stay the night. 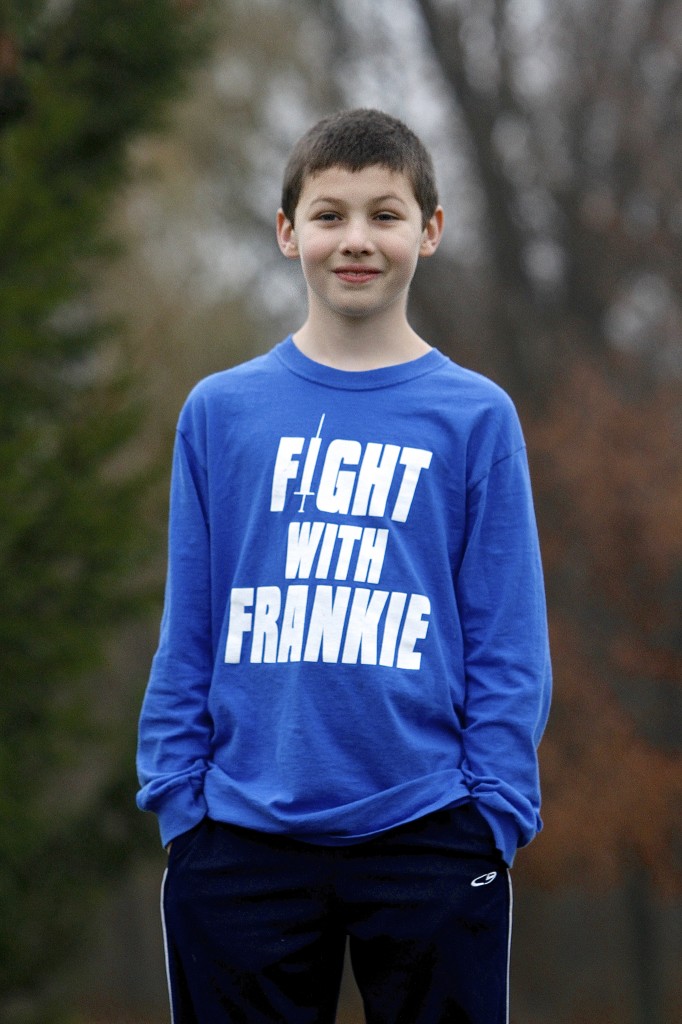 “The hardest part is balancing the ‘Your kid can absolutely do anything,’ and, ‘Oh, yeah, don’t forget to take care of your diabetes,’” Palladino said. “You have to be aware of it 24/7, whether it’s in the middle of the night when he’s asleep, or it’s noon and he’s going to have lunch. It’s hard for me to ask other people to do that, but you have to force yourself to ask them, because it’s your kid’s life.”

Palladino said she has found a supportive community in Central New York through organizations including the American Diabetes Association. Through the association’s support group program, the Palladinos two years ago met Gabriella McLaughlin, 18, of DeWitt. The association community affectionately calls McLaughlin “Mary Poppins” because she babysits young children with diabetes.

“Patty’s son and everyone in this group have given me support, which I’ve never had before in this area of my life,” McLaughlin said.

She was diagnosed with type 1 diabetes when she was 2 years old. She said she grew up without family support.

To stay alive, she surrounded herself with knowledge about diabetes, insulin pumps, monitors and anything else she felt she needed to know. She is also active with the events Frankie plans, saying raising awareness is incredibly important to her.

“I think the most important reason to raise awareness is because there’s a whole lot of discrimination going around,” she said, explaining that people who aren’t close to diabetes have misconceptions about the disease. She said people believe it’s caused by obesity or that people do it to themselves by consuming too much sugar.

Frankie has faced similar ignorance and misunderstanding. When he was selling candy to raise money for his Cub Scout troop, a man told him he shouldn’t have chocolate because of his diabetes.

Diabetes is more complicated than that. Type 1 is an auto-immune disease that is unpreventable and incurable. People with type 1 diabetes are not forbidden from consuming sugary foods, they just have to monitor their intake carefully. And with type 2 diabetes, obesity is a risk factor, but developing the disease is also related to family history, age and ethnicity.

Frankie doesn’t want other kids to have to go through explaining their diabetes to people who believe myths. That’s why he’s working in his community to raise awareness.

“It helps kids with diabetes know it isn’t their fault, and it helps them know they aren’t alone,” he said.