A look back during Native American Heritage Month

Editor’s note: Voices is a weekly column that provides a platform for Central New Yorkers to comment. November is Native American Heritage Month. If you’d like to submit a column, email Larry Dietrich at [email protected]

I know my Native identity is what I feel the most. I cannot escape, nor do I want to, from what I see in the mirror every day. I see my copper skin, black hair and high cheekbones, and I am constantly reminded of my heritage, my ancestors and my beginnings.

What does it mean to be Native? An Oneida Indian, Turtle Clan? What does it make me feel? What is at the innermost of my soul?

My life began on the Onondaga Nation. My parents were both Native. My father, Irving, was full-blooded Seneca. My mother, Rae Ellen, is an Oneida (Turtle Clan).

As a young boy, I remember listening to my great-grandmother speak the Onondaga language to her friends. She was fluent in all of the Six Nations languages. Hearing her speak the language always comforted me. I felt and knew this language also belonged to me.

One day, I asked my great-grandmother if she could write the language, and she said, “No, we don’t have a written language. But, if we did, the white man would surely want to steal it and use it against us.”

I remember hating Thanksgiving in elementary school, because we were made to make headdresses and wear them. The non-Native kids always placed their hands over their mouths and made that whooping sound. It made us Native students ashamed. I guess this was the first time I felt the impact of stereotypes. At 8 years old, I didn’t know the word or definition of stereotype. . . but I sure did feel its impact.

Once as a kid, I remember purposely spilling milk on myself. My mother asked me why I did that. I told her I wanted to be white, because all the white kids had so much more than us Native kids. 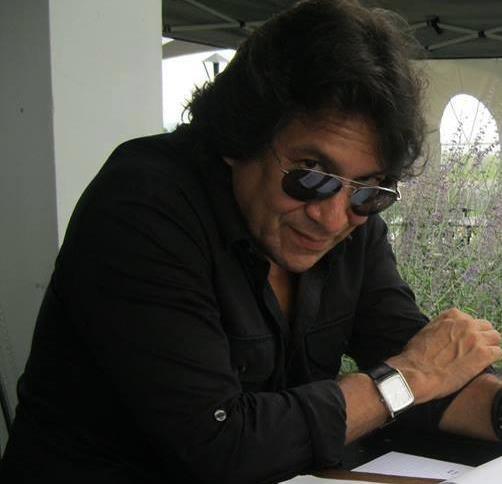 I had a white baby sitter as a kid. Her name was Thurza. She would always introduce me to her friends saying, “This is Rae Ellen’s little Indian boy, Irving.” Later, I remember being at Green Hills Market and a woman saying to my mom, “Who’s this young man?” I quickly said, “I am Rae Ellen’s little Indian boy, Irving.” I guess I knew then I was an Indian.

I remember the library never having enough books on Indians. I wanted to learn more about my people. I took the Jim Thorpe book out every week at school. Later, I was not allowed to take it out anymore, so others could read it. He was my first Native hero.

I remember continuously being called “chief” while at basic training by a guy from South Carolina. I continuously told him to stop, because it was offensive and racist. He refused. We fought, and I gave him a beating. Maybe not right, but he never again called me “chief.” No one did after that.

I remember being named the executive director for the Native American Service Agency in 2001. I was so proud to be able to work for the advancement of Natives. I remember the constant mentoring I received from Oren Lyons and Irving Powless Jr. They brought me so much closer to who I was. They shared their wisdom and guided me to become a man for my people and to learn the value of humility and selfless service.

I remember asking then-Syracuse Mayor Matt Driscoll why wasn’t the Haudenosaunee Flag being waved at Clinton Square? That conversation led to the Haudenosaunee Flag being raised at the first Native dance and Friendship Festival in 2003. I was so happy this was accomplished. I remember seeing our elders crying when they watched as the flag was being raised.

At that same festival, I remember being approached by a Native friend who had dealt with being an alcoholic for years. He said, “Irv, I just wanted to say thank you for putting on this festival. People looked at me today in a different way. They looked at me with respect and dignity. I didn’t feel like a drunk Indian. I felt proud of who I am. I’m quitting drinking. I want my people to be proud of me, too.” I cried.

Isn’t that what we all want? To be loved and have others treat us with respect and dignity?

Nya wen ha for reading my story. Peace and love.

Giving Thanks
Diabetes Diplomat
To Top