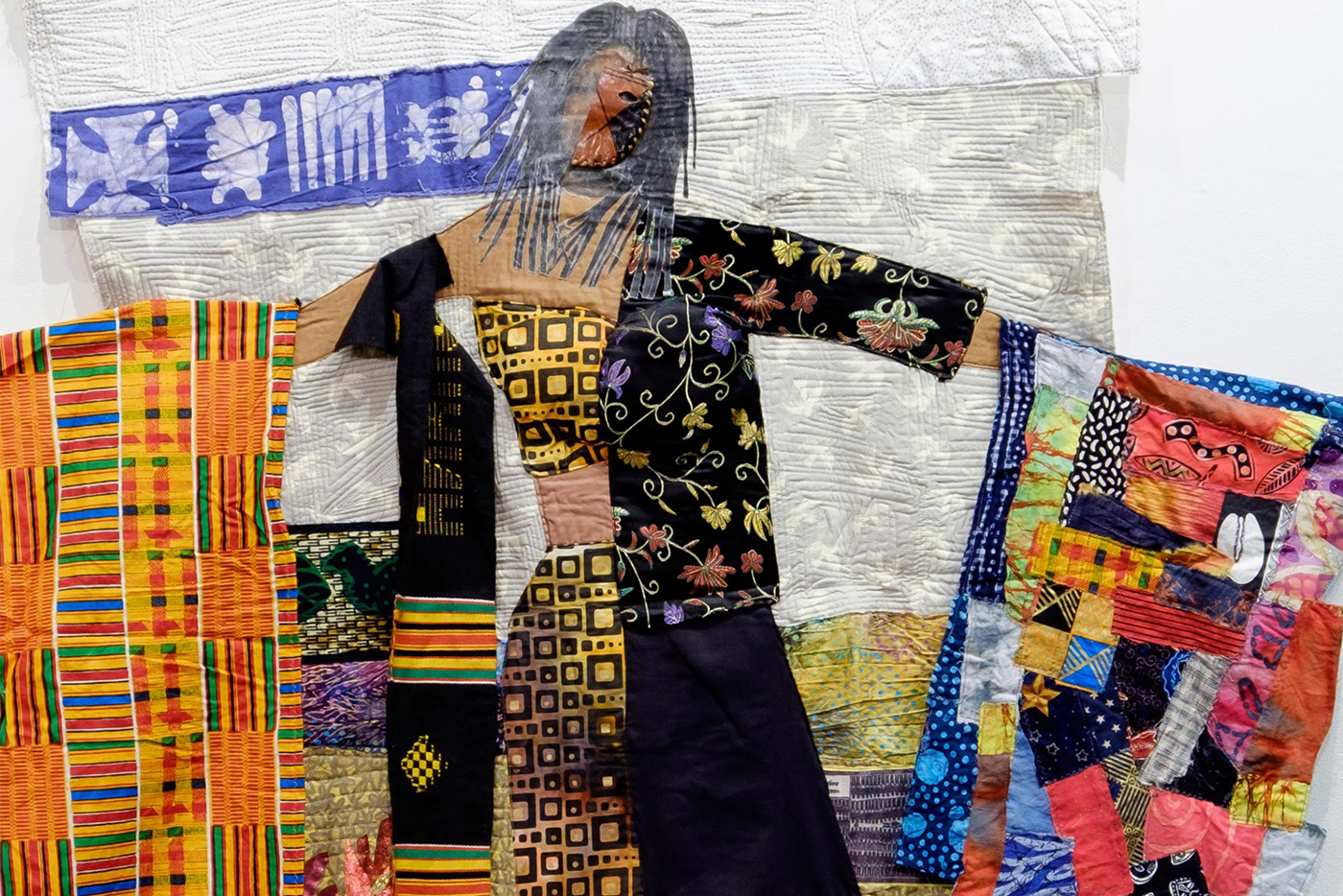 Decorative quilts speak volumes in new exhibition at the ArtRage.

Johnson uses the quilts to reflect on her journey as an artist and as a person influenced by the experience of growing up as an African American in the United States and then living in Ghana for several years before returning to Syracuse in 2014. That journey, she emphasizes, is far from solitary. She has learned from her family, from writers, dancers and activists, from quilters in the United States and weavers in Ghana. 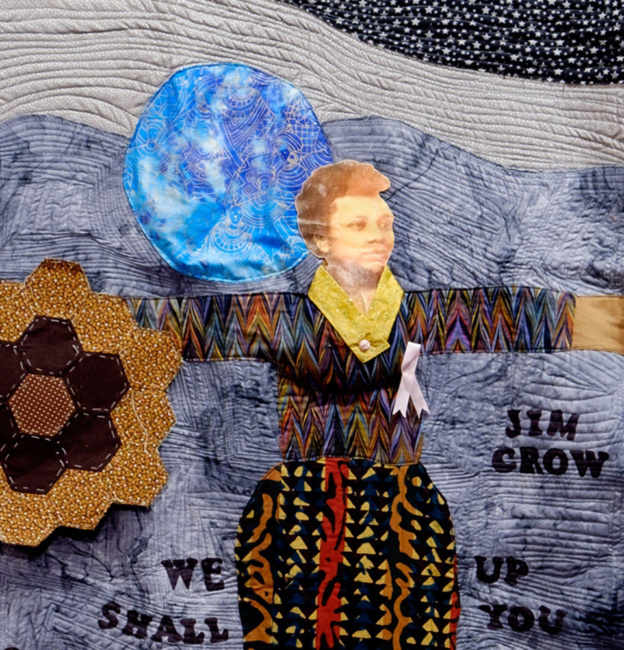 “What My Mother Taught Me,” by Vanessa Johnson.

Some pieces pay homage to cultural workers like Cheryl Wilkins-Mitchell, a dancer and longtime teacher of dance in Syracuse. The work blends images of her and other dancers plus beads, fabric, and shoes worn by a dancer.

A second quilt is devoted to Jackie Grace, a storyteller, author of children’s books and school administrator. Johnson has integrated recycled and burnt book pages, gourds, a miniature drum and a scroll wrapped in straw.

Each work has its own identity, and that’s clearly the case with a piece honoring writer Maya Angelou. It encompasses her image, a poem entitled “Cages,” a wood cage and more than 40 pouches filled with soil. In the work’s upper right corner, a slew of pouches, each brightly colored, are bunched together.

“Octavia Butler: As We Become The Other” commemorates a science fiction writer and documents yet another creative direction. It’s a full-length piece with lots happening in its bottom half. Five streams of fabric, all in gaudy color, stretch to the floor.

The artist also creates several Warrior Woman quilts, dedicated to individuals such as Ida B. Wells, a crusading, influential journalist and a major figure in the anti-lynching movement roughly a century ago. There are images of Wells herself and a woman murdered by a lynch mob, and cloth representing a wedding dress. Wells postponed her wedding several times because of a commitment to her activism.

Personal statements from Johnson accompany most of the quilts. That’s particularly relevant to “In the Playtime of Others,” a powerful artwork recalling a period when Johnson watched the CBS Evening News and learned of children who never became adults. They include Anne Frank; four girls who died in 1963 when segregationists bombed a Birmington, Ala., church; Emmett Till, a 14-year-old murdered and mutilated in Mississippi; and children who starved to death in 1967 when Biafra tried to separate from Nigeria. 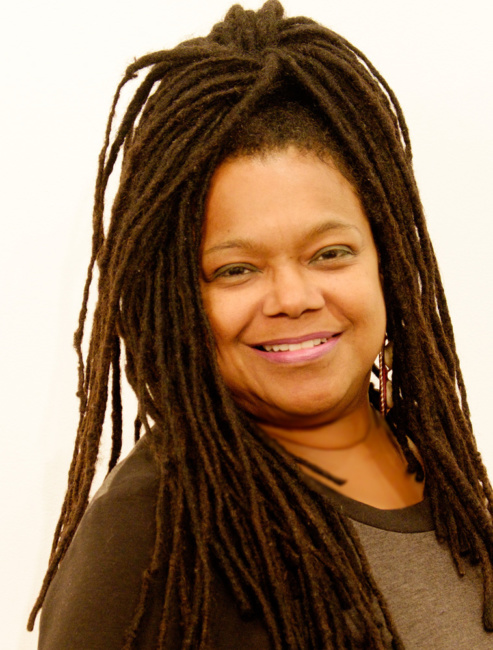 Johnson evokes childhood by displaying recycled objects such as a Barbie doll, a cradle and a rocking horse. She also presents small pillows with a child’s image on one side and text on the other, and three large figures fashioned from burlap.

The piece is in and out of time. It not only recalls specific historical events of the 1960s but also speaks to tragedies in the years to come, like refugee children drowning in boats that sank in the Mediterranean last year.

Elsewhere, Johnson displays other Warrior Woman quilts like the one about Fannie Lou Hamer, a voting rights advocate in 1960s Mississippi; honors novelists Zora Neale Hurston and Toni Morrison in a piece called “The Library”; and reflects on her own life.

In “Pan-African Me!,” she talks of living a transnational life in a space somewhere between the United States and Ghana. In “Unwrapping Vanessa,” one of the best pieces in the show, she pulls together diverse elements: cotton cloth, an image of herself, a metal mask, shells gathered in Florida and Ghana.

The artworks, and Johnson’s artist statement, talk about the necessity of reaching beyond oneself, of learning from the experiences, victories and defeats of other people. Unwrapping Vanessa both communicates that perspective and documents Johnson’s ability to stay on the move as an artist. It’s an excellent beginning for ArtRage’s 2017 schedule.

The show is on display through March 25 at ArtRage, 505 Hawley Ave. The gallery is open Wednesdays through Fridays, 2 to 7 p.m., and Saturdays, noon to 4 p.m.

ArtRage has scheduled several events in conjunction with Unwrapping Vanessa. On Wednesday, March 8, 7 p.m., Vanessa Johnson will discuss the current exhibit. On Sunday, March 12, 3 p.m., she and fellow poets Georgia Popoff and Mary Slechta will read from their work. Both events are free. For more information, call (315) 218-5711.