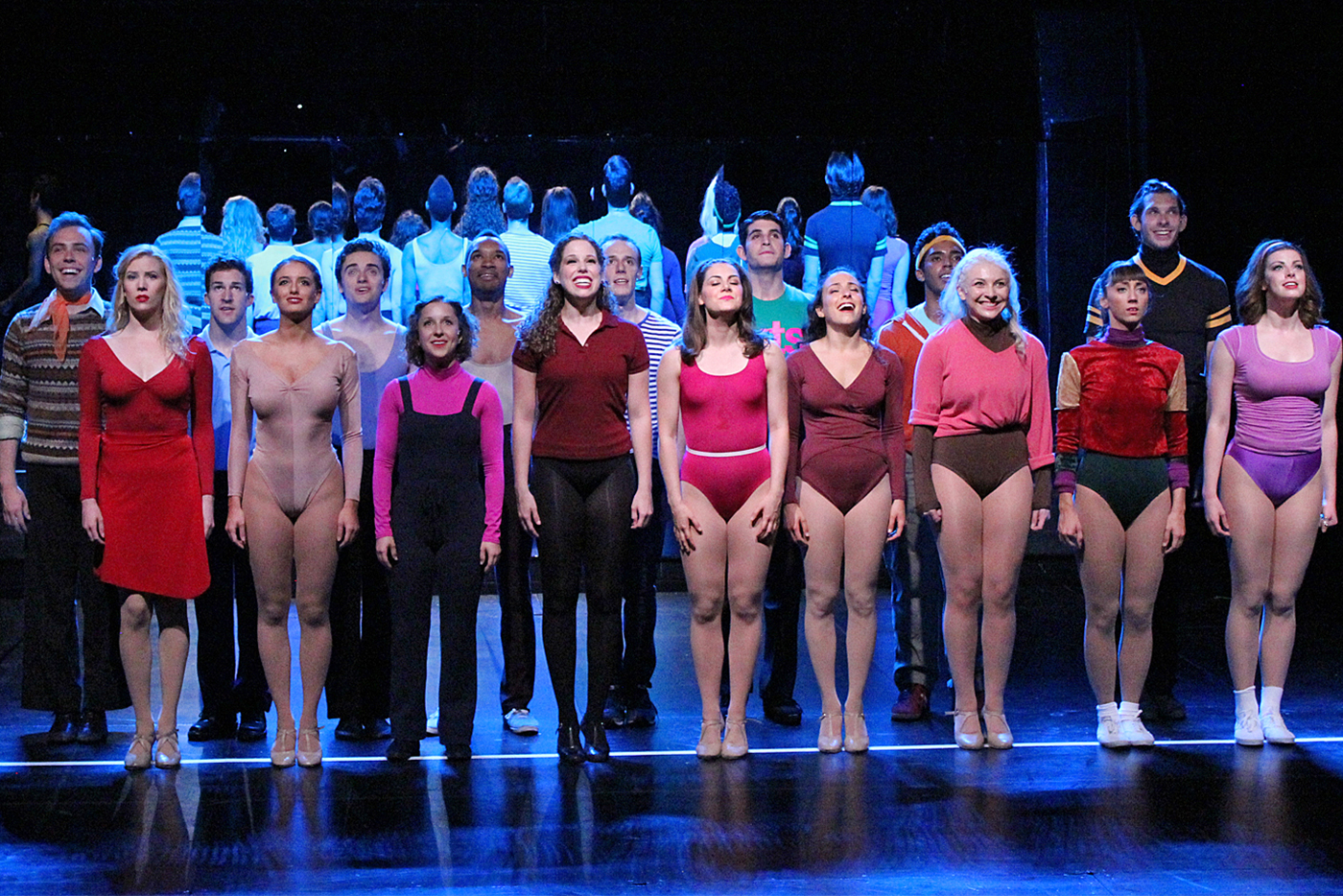 Of the many happy surprises in Cortland Repertory Theatre’s production of A Chorus Line, the top is that a show four decades old can still feel revolutionary and new.

Usually thought as one of the three musicals that reshaped the genre, along with Show Boat (1927) and Oklahoma! (1943), A Chorus Line dispensed with an identifiable protagonist or any of that boy-meets-girl nonsense. That an assortment of damaged and otherwise unremarkable people can be transmuted into a sleek, disciplined artifice before your eyes embodies the magic of live theater. And this is indeed a magic act that continues at Cortland Rep’s Little York Pavilion through July 30.

The motive to stage such a big and complex show came from last year’s audience survey question: “What classic musicals would you like to see?” The other winner was the previous production, West Side Story, which also calls for a massive cast of dancers. One of the amusements of this production is seeing how different former Sharks and Jets can look with a change of accent and costume, as well as the passage of a few weeks

A Chorus Line brings in its own individual demands, which call for the importation of specialized talent, such as choreographer Matthew Couvillon, who recreates the intentions of the show’s creator, Michael Bennett, and director Nathaniel Shaw, who brings extensive Broadway credits, and guided last summer’s Miracle on South Division Street at Cortland. Both have become specialists in A Chorus Line revivals, starting with the opening warm-up routines that tell us about the hard work of Broadway dancers.

Imported also for this production is newcomer Emma Degerstedt as Cassie, the almost past-her-prime soloist who was once the lover of harsh-barking Zach (Tom DeMichele), the director-within-the show who decides who gets what. A tall, imposing blonde who could be the heroine of a Hans Christian Andersen fairy tale, it takes some effort for Degerstedt to disappear as one of the nearly anonymous aspirants. She is appropriately plaintive when it comes time for her to plead she just wants to retake her place in the line. While she is not a lead, her performance of “The Music and The Mirror” has to have the breath-stopping excellence to set her apart. Well, that’s why Degerstedt is here.

The next biggest role, and the one with the longest monologue, belongs to Paul (Giovanni Da Silva), the guilt-ridden, vulnerable Puerto Rican boy trying to pass himself off as Italian. Da Silva was Chino, Tony’s killer, just a few weeks ago in West Side Story. Still only a junior in the Syracuse University Drama Department, Da Silva’s star is conspicuously on the rise with appearances at Syracuse Stage and Glimmerglass Opera.

Carrying the weight of the show’s biggest solo, “What I Did for Love,” is delicate Brittany Santos as Diana, who delivers deeply felt, heart-rending emotion. Santos also displays comic chops in “Nothing,” when the dancer Diana flees from acting classes calling for the embodiment of expressive action.

Melissa Rapelje scores as the haughty sophisticate Sheila, a woman who rightly recoils at being classed as one of the “girls.” Sheila’s biggest musical number is as the lead in a trio with Bebe (Alexa Shanahan) and Maggie (Erica Rothman) for “At the Ballet,” the dreamy recollection of what drew the women to the dance floor in the first place. Although denied another musical number, Sheila nonetheless continually dominates scene after scene with caustic wit and sensuous good looks.

The brassiest show-stopper in A Chorus Line goes under the modest title of “Dance: Ten; Looks, Three,” assigned to Caroline Kane as Val. Kane is conspicuously gorgeous and bosomy, but the script says she once suffered from plain looks and a curveless figure. Such problems are well addressed by surgery. Strange to say, this novelty was once considered a lure for censors, perhaps the one aspect of the script that has changed the most.

Holding his own with these rising young professionals is Syracuse-area favorite Anthony Wright as Richie. He leads the company, along with Kane’s Val, adorable Judy (Joan Heeringa) and others, in the first-act number “And,” and generally has the stage presence to draw the audience’s eye when he’s just standing there. A player of many parts, Wright has taken dramatic roles in Rarely Done productions and has had leads in musicals at the Redhouse Arts Center.

The score by the late Marvin Hamlisch ensures his claim on immortality. When A Chorus Line opened in 1975, the several musical numbers were not of its time, the disco era. Hamlisch aspired to be numbered with the mid-century greats like Richard Rodgers or Frederick Loewe, and here he succeeded.

Music director Joel Gulpe expertly leads an ensemble of nine, with three woodwinds. It’s well enough to hear the musical score on a CD, but when it’s incorporated into the action, as in “One,” it grabs hold of you and won’t let go on the drive back to Syracuse.