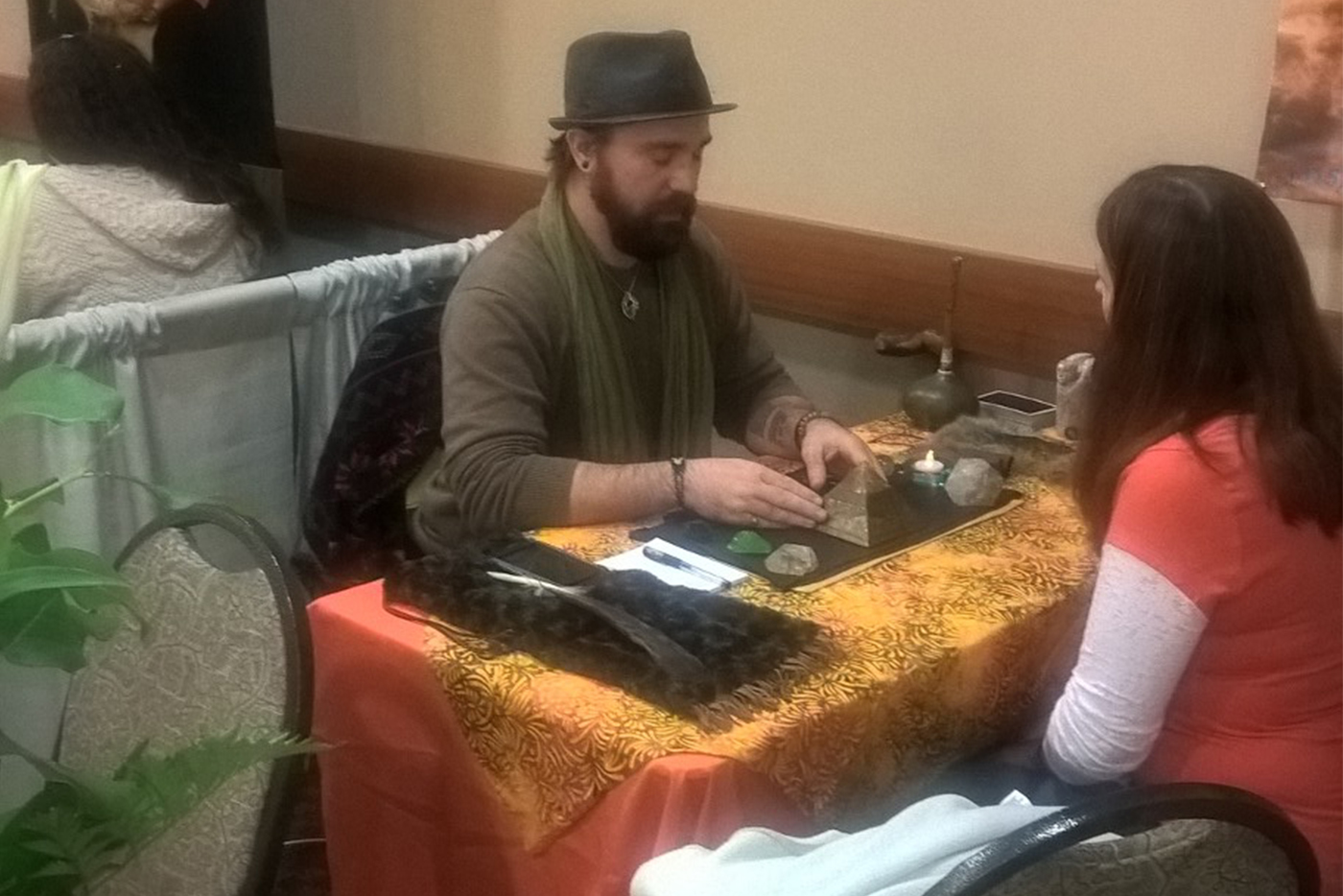 Psychics have already predicted who will be our next president.

Fascist Donald Trump will narrowly defeat Democrat Bernie Sanders in the race for the White House, according to a new poll of psychics — the only presidential poll that matters, if you really stop to think about it.

Departing from his usual satirical approach, a local humor columnist who is maintaining anonymity conducted the poll of mystics, mediums and seers last weekend at the Syracuse Psychic Festival at the Holiday Inn in Liverpool.

Among other shockers, the survey revealed that up to 22 percent of those who accept money for forecasting the future and talking to dead people don’t know who the major presidential candidates are.

The poll contains a margin of error of zero. As psychic medium Maggie The Violet of the Nile noted, “I’ve never been wrong.”

That isn’t to say the results were not without ambiguity.

Trump actually tied for first place with “Don’t Know.” Both received 23 percent. Only 15 percent of the psychics polled believe Bernie Sanders will be our next president. An equal percentage believe a still-unannounced candidate (other than Michael Bloomberg) will rise from the mist to become leader of the free world.

The poll of 13 clairvoyants consisted of 10 questions related to the upcoming election, including “The blood of which species of livestock will Ted Cruz drink in a nationally televised tribute to Lord Sauron?” As expected, Goat beat Chicken and Cow by 2-to-1 margins. But even here there were surprises. In what could augur a change in the Food and Drug Administration’s definition of “Livestock” under a Trumpian White House, other responses were scorpion, Komodo dragon, bat and troll.

Respondents were also asked which race, religion or nationality Trump will insult next. Asians “won” that round, polling nearly 25 percent, although a significant plurality of 15 percent foretold a universal Trump Super Insult that will leave virtually everyone on the planet feeling belittled.

How could that be? Some analysts believe the seemingly nonsensical result could lend credence to the long-feared Democratic Convention horror scenario in which Bernie, in an ebullient display of party unity during his concession speech, knocks Hillary from the race with an errant hand gesture.

The findings also poured cold water on a possible scheme to overcome Hillary’s likability issues by skirting presidential term limits stipulated in the 22nd Amendment. Should Hillary make Bill her running mate and promise to get sick and let him take over once she gets elected? No, it won’t work, the psychics mostly agreed. Pity.

Professing a general uneasiness on venturing into the political realm, the psychics  predicted more campaign chaos. At least one seer warned that excessive levels of political prognostication risk changing the outcome.

“If enough of us try to see into the future on presidential politics, it can ruin the election,” warned The Rev. Michael Phoenix Heart of the Eternal Temple in Oneida. “Karma is a big real deal.”

The humor columnist immediately issued a terse rebuttal: “Altering the natural course of the 2016 election and perhaps setting the stage for global Armageddon is a small price to pay for accurate poll data.”

News and Blues
Still Pickin’ and Grinnin’
To Top