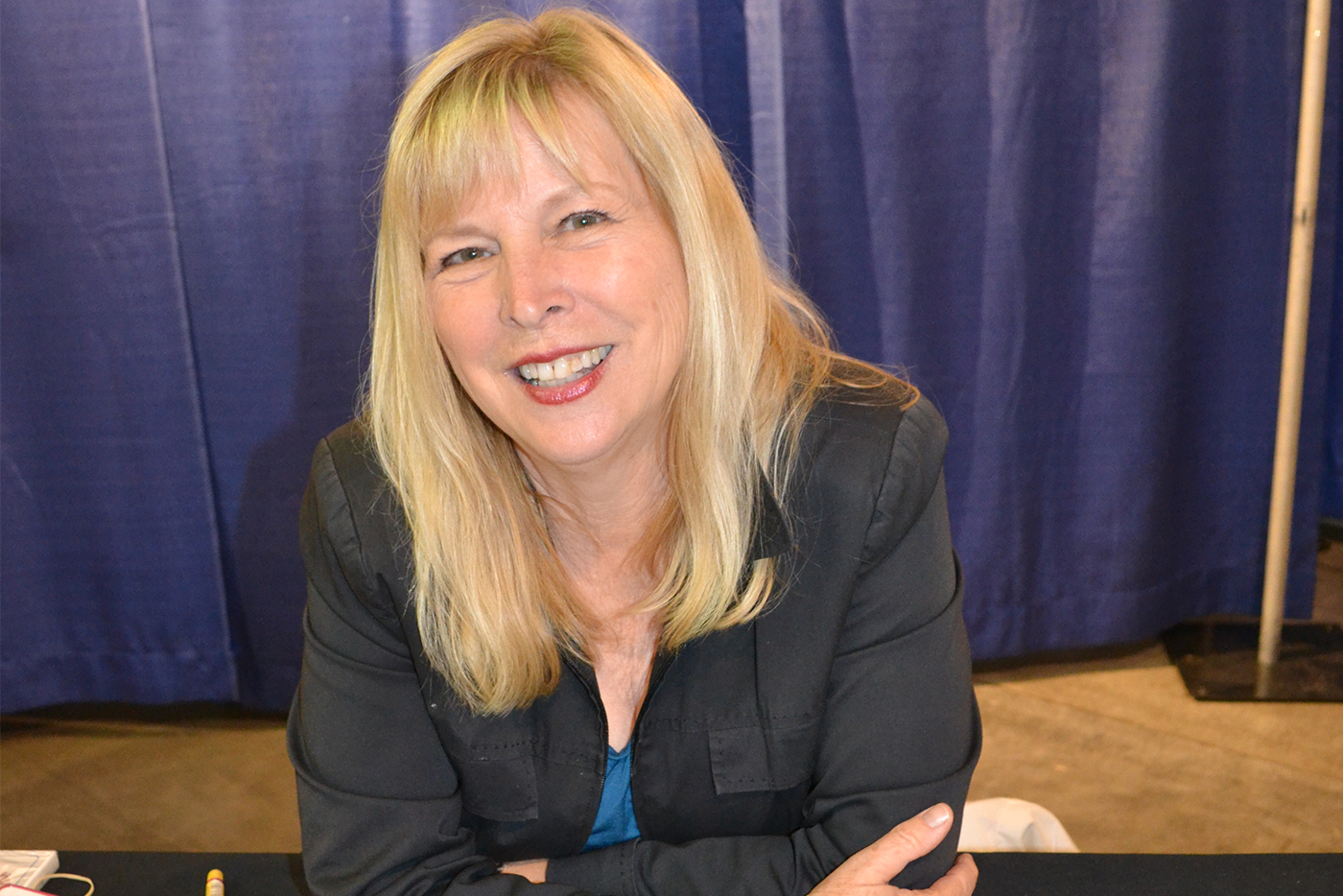 Candy Clark gabs about hot rods and recollects on her acting career.

Candy Clark’s easygoing twang on the telephone can be a transportive experience, conjuring instant recollections of her performance as Debbie Dunham, the gal with a mojo for motorheads with muscle cars in the 1973 coming-of-age comedy classic American Graffiti.

Amid the classy chassis that will be on hand during this weekend’s Syracuse Nationals at the New York State Fairgrounds, Clark will set up a table within the Center of Progress Building to autograph 8-by-10 glossies and swap stories with spectators. The Nationals take place Friday, July 14, and Saturday, July 15, 8 a.m. to 6 p.m., and Sunday, July 16, 8 a.m. to 3 p.m. For information, visit rightcoastcars.com.

The American Graffiti cast was studded with scene-stealers such as Richard Dreyfuss, yet Clark was the one who nabbed an Academy Award nomination for best supporting actress, and she attended the same year that a streaker crashed the ceremony. Her resume runs the gamut from a very revealing turn alongside rock star David Bowie for The Man Who Fell to Earth, to her current gig as one of the few newbies who populate pay-cable Showtime’s summertime resurrection of David Lynch’s new Twin Peaks series.

How did you transition from modeling to an acting career?

I was modeling in New York City, and from there I wanted to work as a film extra. I was in a crowd scene with about 200 people for the Dustin Hoffman movie Who Is Harry Kellerman and Why Is He Saying Those Terrible Things About Me (1971). Then I went back to the casting office to tell them I wanted to do more extra work and that’s where I met (casting director and producer) Fred Roos, who cast me in my first film, Fat City (1972).

Unlike most blockbusters, director George Lucas’ American Graffiti was a relatively low-budget production.

It’s the hot-rodders favorite movie, that’s for sure. (Universal Pictures executives) were thinking it would go straight to the drive-ins, and that was their opinion of it, but the movie fooled them. In July 1973 we were going to the big screening at the Avco Theater, and they had the red carpet and the yellow hot rod. It was a packed house, and the thing took off like a rocket. I think the whole cost was around $850,000, and the return on its investment is $110 million.

If only you had a piece of that.

What was it like when you received the Oscar nomination?

It was great. I was floating around on Cloud 9 for two weeks after the announcement. Before it used to be less long-winded (running Oscar campaigns); today they start campaigning six or seven months prior to the awards. Back then we dressed ourselves and did our own hair; nobody wore long formal clothing. If you tune in and look at old footage, nearly everyone was casually dressed. Now it’s all very commercialized.

Was it a stretch to play Debbie or did you always like guys with fast cars?

Oh, I’m from Fort Worth, Texas, and that’s the land of the fast, beautiful car with lots of chrome and glitter. We used to do the same thing that the characters did in American Graffiti. We’d drive from Carlson’s Drive-In to the Lone Star Drive-In, and back and forth and back and forth all night long. And it turned out that everyone else was doing the same thing across the United States. Those were good times and that’s why people love that film.

Your 1977 comedy Citizens Band is one of the great unsung movies of the 1970s.

A movie on the CB craze: Apparently those people don’t go to the movies! They’d rather drive their trucks. It was fun making the movie, with a script by Paul Brickman (Risky Business) and directed by Jonathan Demme (The Silence of the Lambs), and working with Paul Le Mat again (from American Graffiti). I got it into the White House for a screening with President Jimmy Carter, Amy and Rosalynn, Paramount changed the title to Handle With Care, but they could not get anyone to see it. They even gave it away for free for one week (in a New York City theater) to stir up excitement. It went through two titles, a White House screening, and still … Come in, good buddy!

How many times have you participated in the Syracuse Nationals weekend?

I’m not really sure, but I love the show, I love coming there, I love eating at the Dinosaur Bar-B-Que! All the spectators are great, and so is (Syracuse Nationals founder) Bob O’Connor and his wife. Everyone who works there is fantastic, and they treat me great.

Do you ever get time during the weekend to check out those bitchin’ cars?

Not really because it’s so hot out there on that weekend! When there’s 8,000 cars, there’s an awful lot to see, and I challenge anyone to try and see them all. It covers the whole fairgrounds. They had to blow up the grandstand to make room for this show!