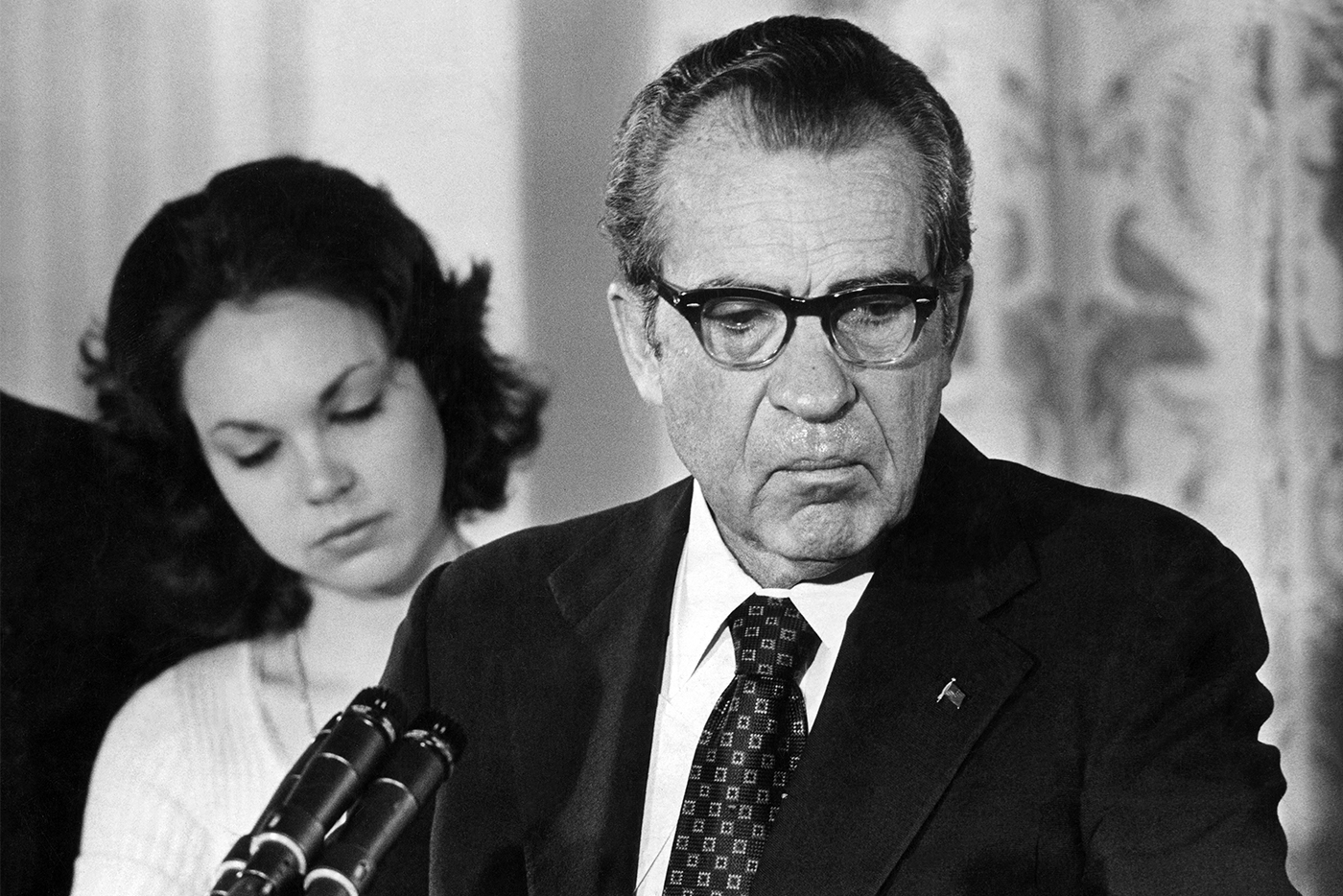 History judges our leaders by their accomplishments, not how much they win by.

Let me ask you this: When you hear the name Richard Nixon, what’s the first thing that comes to your mind?

I bet most, if not all people, would instantly associate that U.S. president with words and expressions like “Watergate,” “cover-up,” “scandal,” or “I’m not a crook.”

The first thing you learn about him is that he was the first and only president to resign from office because of the affair. At the very least, that’s what he will always be remembered for as the specifics of his administration fade into memory.

Donald Trump has been president for one month, and what a month it’s been. So far he will be remembered for dysfunction in his White House, resignations of several aides, trashing the media, inspiring mass protests in streets around the country, and seemingly endless battles with judges and courts regarding policy.

But recent events would suggest otherwise. In the last week, he asked for the resignation of National Security Advisor Michael Flynn for lying to the vice president about discussing U.S. sanctions with the Russian ambassador, then blamed the media for it. Then Trump’s pick to replace Flynn turned down the offer. Trump’s nominee for secretary of labor dropped out of the running because he wouldn’t get the needed votes in Congress. Then The New York Times reported that calls and phone records were uncovered between Trump’s campaign aides and other associates with senior Russian intelligence officials before the election.

When questioned about all of these things at his explosive press conference last Thursday, Trump kept fighting back with one definitive argument.

That is the one thing he wants us to remember. But not just that he won, but how much he won by. Such a thing is usually long past discussion and completely irrelevant one month into office — yet he keeps bringing it up.

One month after his election, he announced to a crowd that “we had a massive landslide victory.” Shortly after he began his term, he bragged about his victory in a phone call to the Australian prime minister. And at a visit in South Carolina last week, he reminded everyone that he won the state’s Republican primary by a landslide — which happened a full year ago.

Then at the press conference last week, he said his victory was “the biggest Electoral College win since Ronald Reagan” — an incredibly false statement. Trump won 306 electoral votes. Barack Obama, Bill Clinton and George H.W. Bush all won more — a lot more. So no, Trump didn’t win by a historic margin by any means. But, then he’ll boast about his crowd sizes. They were a constant talking point during the campaign, and then he claimed he had the largest inauguration crowd in history on Jan. 20, which also wasn’t true.

Alright, so what’s any of this have to do with Richard Nixon?

Well, like Trump, Tricky Dick was also obsessed with winning. It is not well known that Nixon had a personal ambition while running for re-election in 1972. He wanted to win by the biggest margin that any president ever had. To pull off such a feat, Nixon’s campaign needed information and decided breaking into a certain hotel to bug the Democratic National Committee was the way to do it. We all know how well that worked out.

Now, while there has never been any direct evidence linking Nixon himself to planning or executing the break-in, it was his aides and his own insecurity that inspired the break-in and cover up.

It is also not well known that Nixon actually succeeded in his ambition. He won 18 million more votes than Democrat George McGovern in 1972 — the largest win in the popular vote in presidential history. He also won more electoral votes than any other president had up to that time with the exception of Franklin Roosevelt.

He wanted to win big, and he did. But in doing so, he put into motion a simple burglary that took it all away. He won big, but he’s instead remembered for bringing about disgust and fear of trust in presidents and government as a whole.

Even his greatest accomplishments — creating the EPA, OSHA and Title IX, largely ending segregation in the South, taking the first steps in reducing the nuclear arms race and normalizing diplomatic relations with China — aren’t widely known or are simply overshadowed by Watergate.

Now, it’s too early to say what the age of Trump will most be remembered for. But he should take a lesson from Nixon: In politics, you can win big and still lose more. And possible contact with Russian intelligence during an election year where Russia hacked the opposite party’s headquarters is not a very good start.

Should that explode into a political scandal of Watergate proportions, or even if it doesn’t, Trump cannot ride out his presidency touting his November victory as his greatest accomplishment. I can guarantee that 50 years from now, no school textbook about Donald Trump is going to begin with how big his crowds were. No one is going to remember off the top of their heads that he won 306 electoral votes.

Conspiring with an adversarial power to win an election? Trust me, people would remember that.