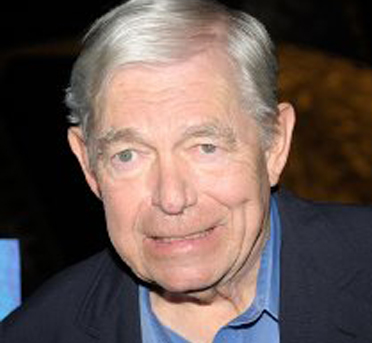 Every time, Charles Champlin says, he respected the art

The particular item isn’t about film, per se. And it’s not going to take on the humorous tone – snarky, even – that I usually venture into on this side of my twice-weekly film blogging venture.

No, this one is a serious statement about somebody who told the world what they thought about film for a lot of years.

Perusing the web – hey, in the olden days this guy for sure used to call it reading the wire – I found the story by Mike Barnes for the Hollywood Reporter that Charles Champlin died at the age of 88. Champlin worked for the Los Angeles Times from 1965 to 1991, first as entertainment editor, and then adding the duty of film critic in 1967, a position he held until 1980. For 11 years after that, he reviewed books and wrote a “Critic at Large” column, says another story about Champlin’s career, by Dennis McLellan in the Los Angeles Times.

Both stories say that Champlin went to 250 movies a year and reviewed 125 of them, telling the folks of Los Angeles exactly what he thought.

And he received a star on the Hollywood Walk of Fame in 2007.

Lo and behold, Champlin also came from the Finger Lakes region, raised in Hammondsport, off Keuka Lake. He attended Harvard, joined the Army Enlisted Reserve Corps, was wounded in the hip while serving in Germany, and then worked for Time-Life in New York City and London before moving west to Tinseltown and taking on the Times and its daily criticism chores. His tenure was not without controversy. While he was entertainment editor, the L.A. Times story says, other papers lapped the hometown flagship in coverage of the scandal when David Begelman was removed as president of the movies and TV division of Columbia Pictures after he had forged $40,000 worth of checks.

But it’s the film critic role that earned him the story in the Hollywood Reporter and led to this laudatory quote in the Times story:

“Charles Champlin was one of the great gentlemen of American film criticism and a pioneer in showing that mass-market newspaper reviewing could be smart and well-written as well as accessible,” Times film critic Kenneth Turran said in the Times piece.

In his Hollywood Reporter story, Barnes dug up this quote from Champlin, from The Revolutionary Decade, an annotated collection of the critic’s stories in the 1970’s that was published in 1998: “I strongly felt that criticism must aspire to be art,” Champlin wrote then. “The aspiration to be art was in fact the respect that the critic pays to the art of others.”

That’s one heck of a thought to keep blazing in your head through 125 film reviews a year, more than a decade’s worth. I know I don’t like them all, and I know I poke fun at some of them, and I know I want every review I write to entertain the heck out of you. But, yes, I take my seat in the theater and at this keyboard and respect the art.

I’ve been writing one film review a week here for 18 months and feel the burn.