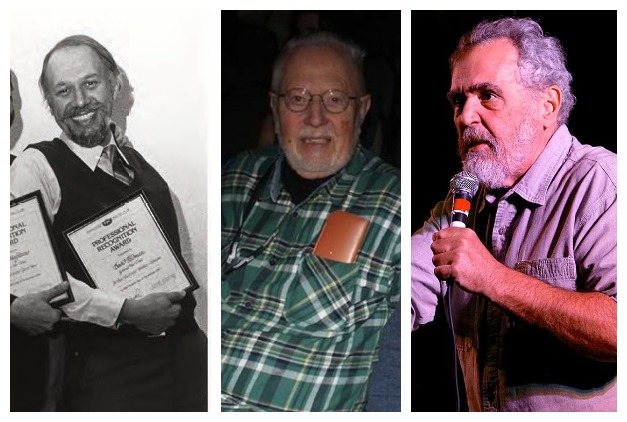 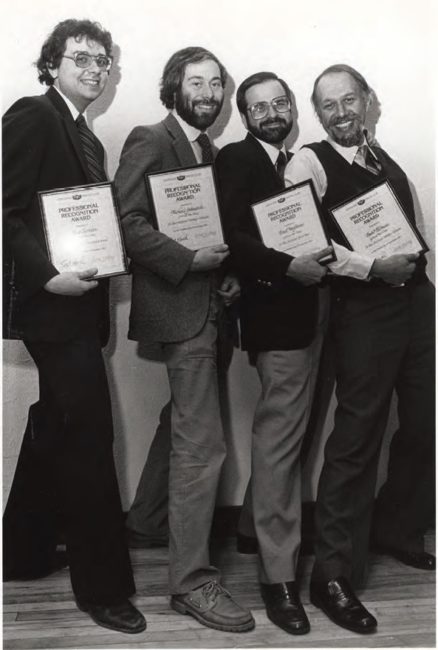 Veteran Syracuse New Times scribe David Feldman died Nov. 26 in suburban Philadelphia at age 79. His career with the paper began in 1972 and continued with interruptions for 30 years. The principal theater critic from 1972 to 1987, and a frequent contributor after that, Feldman was also a car buff who looked upon coverage of Watkins Glen as one of his best perks here.

Known for his wit, authority and also for savage treatment of what he considered mediocre, he was feared but highly regarded. Syracuse Stage founder Arthur Storch once greeted him in a curtain speech: “Hope you’re going to have a good time tonight, David.”

Salt City Center for the Performing Arts tried to ban him from covering its performances. It failed. Syracuse New Times photography editor Michael Davis, who was handling publicity for the theater company during that time, recalled that Salt City artistic director Joe Lotito once fumed about Feldman, “He even reviews the squeaks in the seats!”

Feldman’s credentials were sterling. He had received an M.F.A. in playwriting from Brandeis, studying under William Gibson, author of The Miracle Worker. They remained lifelong friends in frequent communication. Before that, Feldman received an M.A. in English from Syracuse University, with a thesis on Eugene O’Neill. A native of Yonkers, he received his B.A. from SUNY Albany.

His most lasting contribution to the local arts scene was the founding of what is now known as Armory Square Playwrights, the new dramas forum. This was Feldman’s initiative from the get-go, counseled by good friend Sandra Hurd. The initial sponsor was Contemporary Theatre of Syracuse (CTS), the most artistically ambitious of community theater groups, which later morphed into the Redhouse Arts Center.

The plan was to give rehearsed, script-in-hand readings of new works, followed by audience give-and-take with the playwright present. The group, still very much active under the direction of Feldman pals Donna Stuccio, Len Fonte and Peter Moller, took the name Armory Square Playwrights when CTS pulled out and the readings took place at the fondly remembered coffee shop Happy Endings.

Along with the scorching reviews, Feldman sought to recognize local theatrical excellence. He launched the short-lived Rexie Awards, named for director Rex Henriot, with New Times support. When they did not work out, the concept was retooled as the Syracuse New Times Syracuse Area Live Theater (SALT) Awards.

He was also a prolific playwright. Many of Feldman’s plays had local references, such as Hotel DeDream on the life of novelist and SU alumnus Stephen Crane, State Fair Café, the autobiographical Erie Canal Afternoons, and the site-specific Bill and Mary Right Now at Happy Endings. Some of his Steinberg plays, based on an irascible older man (and, of course, not autobiographical), were produced out of town.

Also beginning in 1972, Feldman was a professor in the English Department at Onondaga Community College. He took an active role in faculty governance and enjoyed the esteem of his colleagues. His course in journalism was always popular with students, and he was a longtime adviser to Overview, the student newspaper. Syracuse New Times editor-in-chief Bill DeLapp, who wrote stage and film reviews for Overview from 1978 to 1980, recalled his friendship with his mentor: “He liked my stuff and managed to get me started as a New Times freelancer with a summer 1980 review of Chris Lightcap’s production of Grease. I owe so much to him.”

He also taught playwriting at OCC and at the Downtown Writers’ Center. In later years he was an adjunct faculty member of the Syracuse University Drama Department.

His colleague Shirley Myrus is organizing a memorial celebration of Feldman’s life following his written instructions, with a date and venue to be announced. Feldman is survived by his daughter Jessica in California; his former wife Norma, once a Syracuse New Times television columnist; and his former wife Tina Summerwood, both of Syracuse. 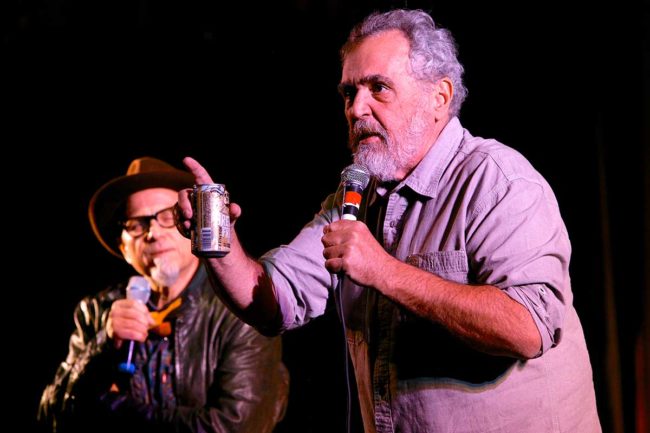 Cancer took the life of acerbic political satirist and activist Barry Crimmins, who died Feb. 28 at age 64. Crimmins, who had roots in Central New York, left the area in 1980 for Boston, where he started a comedy showcase at a Chinese restaurant named Ding Ho, which became a beachhead for budding standups including Lenny Clarke, Patton Oswalt, Marc Maron, David Cross, Margaret Cho, Steven Wright and many more.

Yet there was a darker side to Crimmins’ life, which was revealed in a shocking cover story published in the Nov. 17, 1993, issue of the Syracuse New Times. Crimmins documented his childhood nightmares in a first-person account titled “Baby Rape,” in which Crimmins, then a cherubic 2-year-old in 1955, was assaulted several times by a babysitter’s male acquaintance in a North Syracuse basement. Following this revelation, Crimmins became a staunch advocate for child sexual abuse survivors.

Before Crimmins left for Boston, however, in 1979 he established a Wednesday comedy night at Under the Stone, located beneath the Old Stone Mill in Skaneateles. An Idle Chatter item in the Dec. 3, 1978, issue of the Syracuse New Times asked local would-be comedians to call “Bear” Crimmins for more information, which lured then-Bishop Grimes High School student cutups Bobcat Goldthwait and Tom Kenny to enlist in the comical cause. Kenny, now the voice of TV’s SpongeBob SquarePants, commented earlier this year, “My 16-year-old self meeting Barry Crimmins probably changed the course of my whole life.” And film director Goldthwait paid homage to his mentor with the acclaimed 2015 documentary Call Me Lucky. 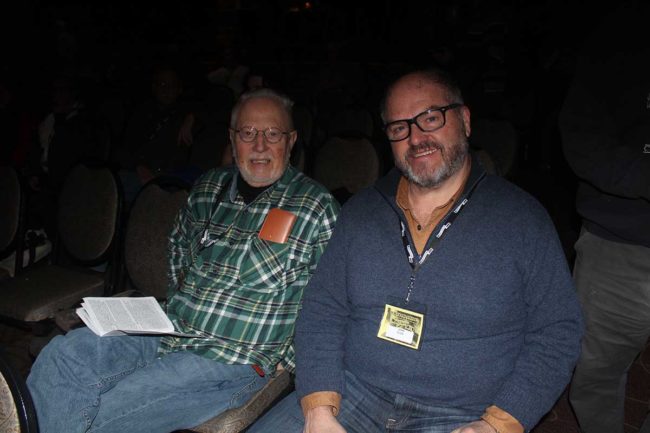 Before Hollywood came calling, Buxton got his start in the Central New York market as a broadcast announcer in the early 1950s at then-WSYR-Channel 3. And he always returned to the area every spring for Cinefest, the weekend-long tribute to forgotten cinema presented by the Syracuse Cinephile Society. During the last Cinefest in 2015, Buxton fondly recalled his days at Channel 3 working alongside “that big Irish guy” Ed Murphy.

Cinephile president Gerry Orlando recalled, “There were many situations where someone at Cinefest would see Frank from afar, know of his many professional accomplishments and be obviously thrilled just to be in the same building with him. I would often ask these awe-struck people, ‘Would you like to meet him?’ and they would immediately go into panic mode. After I assured the nervous person that Frank was a nice guy and that he would love to meet them, Frank immediately began talking and laughing with the person in a warm, friendly and humorous manner, as if these two people had been friends for years. It’s that genuine kindness that I will always remember and love about that fine gentleman.”