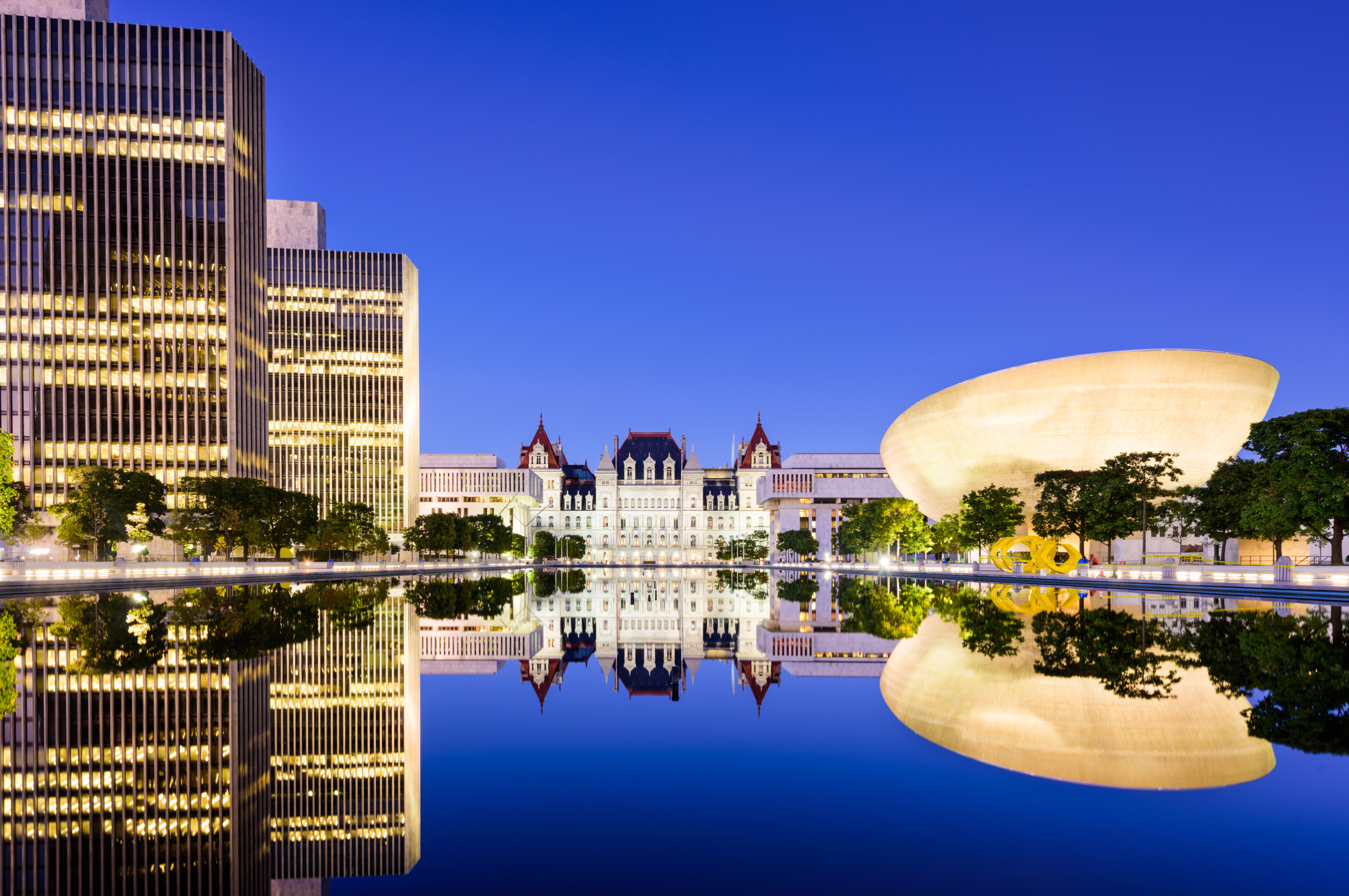 If you are a citizen of New York, you are asked this question every 20 years: “Shall there be a convention to revise the constitution and amend the same?”  That question is one of three statewide referendums that will appear on the back of every ballot on Tuesday, Nov. 7. Every 20 years, New York voters are asked whether a state constitutional convention should take place in Albany to see if anything should be changed or added to that document of laws and rights.

Should a majority of New Yorkers vote “yes” on Election Day, a process will begin to select 204 delegates: three from every state Senate district and 15 at-large. Voters will select their delegates in the 2018 midterm elections, and those delegates will then convene in Albany in the spring of 2019 to discuss what changes, if any, should be made to the constitution.

The last time a convention was held was in 1967. And the last time one produced actual constitutional changes was back in 1938. We are well overdue for some changes — and 2019 should be the year for them.

A convention would give the people of New York a rare but timely opportunity to enact the necessary and common-sense changes that the state Legislature simply refuses to do themselves.  A constitutional convention could give much 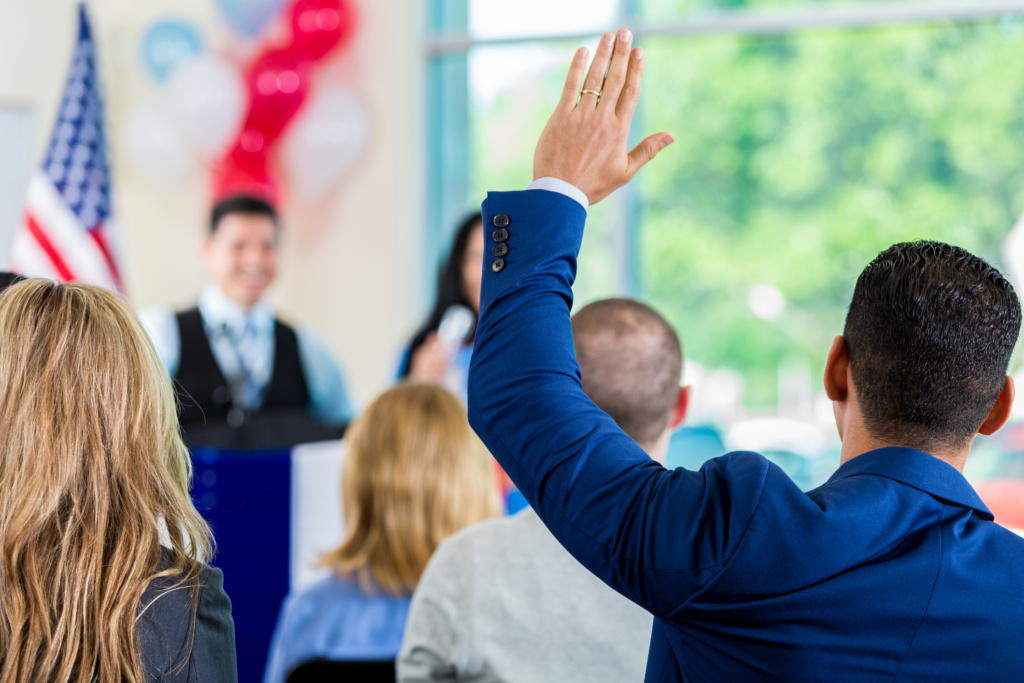 needed freedom to local governments and municipalities from some harsh Albany mandates, giving communities a better ability to decide on their own taxes, school governance and minimum wages as they see fit for their individual needs.

A constitutional convention could help reform the state’s court system, where limited-jurisdiction courts cause overwhelming case loads and prevent the accused from receiving swift justice. The current system is so inefficient that a special state commission found that more than $500 million in state money is wasted every year because of it.

While a convention could easily bring about these needed reforms, the most important reason is to reform the government itself. After 17 years of watching more than 30 of their colleagues be accused, indicted or convicted of corruption charges, including the top leaders of both chambers in the same year, the Legislature continues to fail to initiate any actual self-policing.

A constitutional convention could cement in place thorough measures to stop those who are using public service as a way to serve themselves. It could impose term limits on legislators, or at least legislators in leadership roles. This would help lawmakers focus on more than just getting re-elected and would prevent those in high positions from becoming so entrenched in power that it emboldens them to commit illegal acts.

It could make the Legislature a full-time job and ban legislators’ outside income, cutting off avenues from external forces that often can and do influence policy.

It could establish a permanent independent commission to investigate corruption in any area of the state government.

This commission would feature members who are not chosen by the governor or members of the Legislature. And it would be a commission that Gov. Andrew Cuomo can’t shut down at his convenience because they are investigating him (which he has done).

It could create an independent process for realigning legislative districts to eliminate gerrymandering.

It could also reinvent the awful state budget process we go through, ending the ridiculous yearly dance where the governor and the Legislature’s two leaders negotiate the majority of the state’s spending plan quietly behind closed doors.

Needless to say, just because these things can be done at a constitutional convention doesn’t guarantee that these things would be done. Indeed, New Yorkers who oppose a convention do so because they believe one would make changes — just not the kind they want. And their concerns are sound.  Perhaps the biggest reason people oppose a convention comes from those in the labor and education communities. Public employees fear that opening up the constitution could put their hard-earned pensions at risk, which are guaranteed to them by the constitution.

However, that seems unlikely, given that pensions are also protected by federal contract law.  Others are worried that a convention could alter the Adirondack Park’s “Forever Wild” Forest Preserve clause, opening up millions of acres of protected land to development.  Yet any proposed amendment must be ratified by voters to be added to the constitution. It’s hard to believe that any referendum proposing elimination of pensions or long-protected forest land wouldn’t be struck down overwhelmingly by citizens.

The most legitimate reason to fear a convention regards the delegates that would go to Albany on our behalf. Since it is much harder for average people to become a delegate, it is possible that those representing us in a convention could be the same pawns of special interest groups that already control the Legislature. In the 1967 convention, two-thirds of the delegates were lawyers, 20 percent were judges and many were beholden to the lobbyists of the time.  A convention is a gamble, but it’s worth the risk. Albany is broken and we have here the opportunity to fix it.

While there are certain outside factors that would certainly influence such an event, we control it. We decide every 20 years if we want to alter the constitution. We decide who the delegates are that would represent us at a convention. And after they have made their proposed amendments, we get the final say in whether or not they become part of our state’s most cherished document.

That’s about as close to “for the people and by the people” as we can get. Vote “yes” to a constitutional convention on Nov. 7 if you think New York can do better. We cannot afford to just let it pass us by. SNT

Central New York Heartbeat Poll: The Great Wall Of Trump
Since government won’t fix its ethical problems, the task is now on us
To Top