As much as a loud, rowdy bar with a rocking band can be loads of fun, it’s not for all audiences – or artists. For singer-songwriters looking to tell a story within their music, sometimes their lyrical messages get lost amid the barroom chatter.

Several area venues have adopted the listening room setting, found in former grange halls such as the Nelson Odeon in Nelson or at an Auburn carriage house transformed into the Theater Mack. But those spots are well outside Syracuse. It’s hard to find a quiet room within the city limits that offers the needed seclusion to hear the nuances of the performer without sacrificing convenience in terms of location and an atmosphere that still features restaurant food and drink.

Local music booker and promoter Julie Briggs recognized the problem when she went to a singer-songwriter series last summer at the Borodino Grange Hall, where Dusty Pas’cal, Mike Powell and Tim Herron were performing.

“It was in the middle of nowhere,” she recalls. “But it was a beautiful room with a capacity of about 140 people, and the sound and vibe of the room was incredible. You could have heard a pin drop. It was the first show I’d ever been too that you could really listen to the music and the artist without competing with the bar chatter and the Syracuse University game. And those singers were so suited to that. They’re storytellers. It was a magical night.”

Briggs decided she wanted to bring that concept into the city, so she teamed with local singer Joanna Jewett to make it happen. The two were already working on the Respect: Central New York Salutes Women in Music program, which takes place Thursday, Nov. 13, at Eastwood’s Palace Theatre, and recognized how well they combined forces.

Their first show in The Listening Room series is slated for Wednesday, Nov. 19, 7 p.m., in the back room of Small Plates, 116 Walton St. 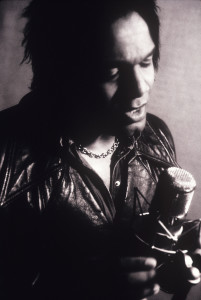 Jeffrey Gaines, a singer-songwriter known for his soulful vocals on songs like “Hero in Me” and “Always Be,” will kick off the schedule. Upcoming performances will include Dusty Pas’cal, Tim Herron and Ryan Vanderhoof (Dec. 10), Chris Trapper (March 11) and Karen Savoca and Pete Heitzman (May 13).

“If you’re going to see someone who’s a singer-songwriter, I think this is the best way to enjoy them,” Briggs says. “It’s fun to go to a bar and having people talking, laughing, food coming out, but this is a different kind of fun. If you really appreciate the music and stories and lyrics, this is the best way to enjoy it. And doing it downtown, it’s something everyone can go to.”

While similar intimate venues have policies that limit alcohol and food, Briggs made it a point to keep the conveniences of a full restaurant as part of the package. “We don’t have to worry about getting a license and bringing in food,” she says. “There’s infrastructure there and people can have dinner and see a show downtown.”

Briggs hopes the community will catch onto the idea. “(At Borodino) everybody sat very quietly and really enjoyed the music,” she says. “A lot of people will appreciate it. It’s very respectful to the musician to have an audience really engaged in the performance. No one is on their phone. It’s really about the music and the story. It’s probably not appropriate for every artist, but for singer-songwriters, it’s the best way.”