It’s not unusual for listeners to clap following a fiery guitar solo or a wild conclusion to a song. However, it is uncommon for an audience to clap for lyrics they’re hearing for the first time, completely invested not only in the music, but in the message.

That’s exactly what happens at Auburn’s Theater Mack. The intimate listening room, constructed from a former carriage house, provides audiences and artists a rare opportunity to hear every word and every note of the performance. 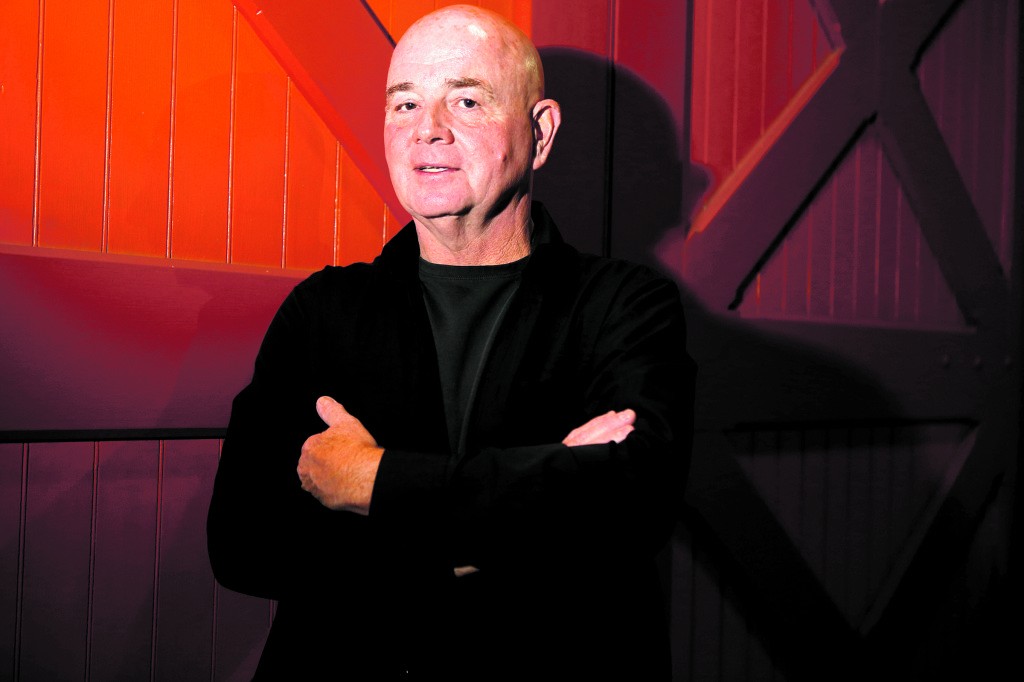 Ron Thompson, founder of the Mack’s monthly Final Friday music series, believes in the small-scale style of the theater. “I go for this type of venue because there are people writing songs that I want to hear,” Thompson says. “I want to hear the music. I want to hear the lyrics in an intimate room where people respect that.

Musicians also appreciate those aspects. The Ripcords have notched multiple Mack appearances, and have been impressed every time.

“We were well received,” recalls Ripcorder Rex Lyons. “We gained some new followers and made some new connections. This is such an important aspect of the music business. More often than not, it’s what you deliver live that really counts, and Theater Mack is perfect for this reality. You have the best of both worlds: It’s clearly a sit-down theater, yet it has a club vibe as well.”

Mack in the Day

The theater at 203 Genesee St. was originally constructed as a carriage house in 1850 on the foundation of a barn. It was turned into a theater in 1941 as the home of the Auburn Community Players, and it became a cultural center for Auburn for the next 30 years. The company now known as the Merry-Go-Round Playhouse also got its start there in the 1960s, before moving to its current location at Emerson Park on Owasco Lake.

The building, which is part of the Cayuga Museum of History and Art, was part of a renovation project in the mid-1990s, with more than $1.2 million worth of improvements performed on the surrounding buildings. The carriage house’s restoration, completed in May 2010, cost more than $248,000. In 2011, the carriage house was named Theater Mack for the Maciulewicz family, fervent supporters of the museum. 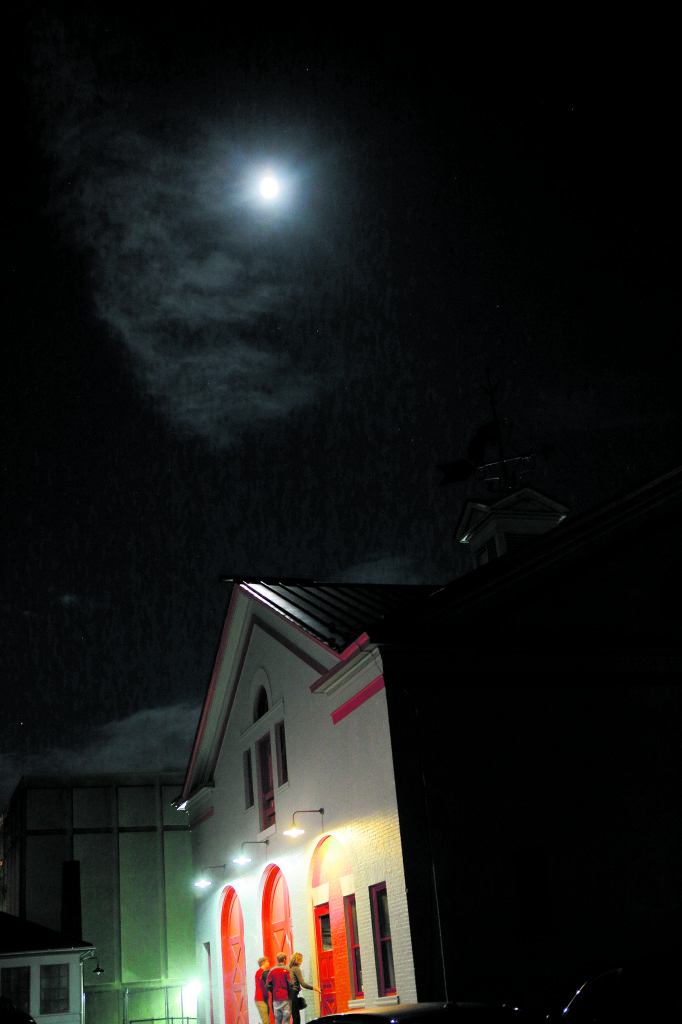 The varied history of the building provides even more charm and character. Automobiles were stored there in the early 1900s, and Theodore Case, developer of the Movietone sound-on-film system, worked in that very complex. The Case Research Lab Museum, which sits behind the Cayuga Museum, offers guided tours that showcase the cinema pioneer’s legacy.

Meanwhile, Ron Thompson was establishing his own musical legacy. As a professional musician from the early 1970s until the early 2000s (he now owns a residential painting company), Thompson was a drummer for several local groups including the Back Alley Boys and The Velcros. The latter band served as the opener for 52 North American dates when Van Halen toured between 1984 and 1988, often playing for crowds of more than 23,000.

Thompson understood the music industry, but had never planned on getting involved in the other side of it. “When you’re a full-time musician,” he reflects, “there’s not a lot of time to do the kind of things people you grew up with are doing: raising families, getting the mortgage and 2.3 kids, settling down, the station wagon. 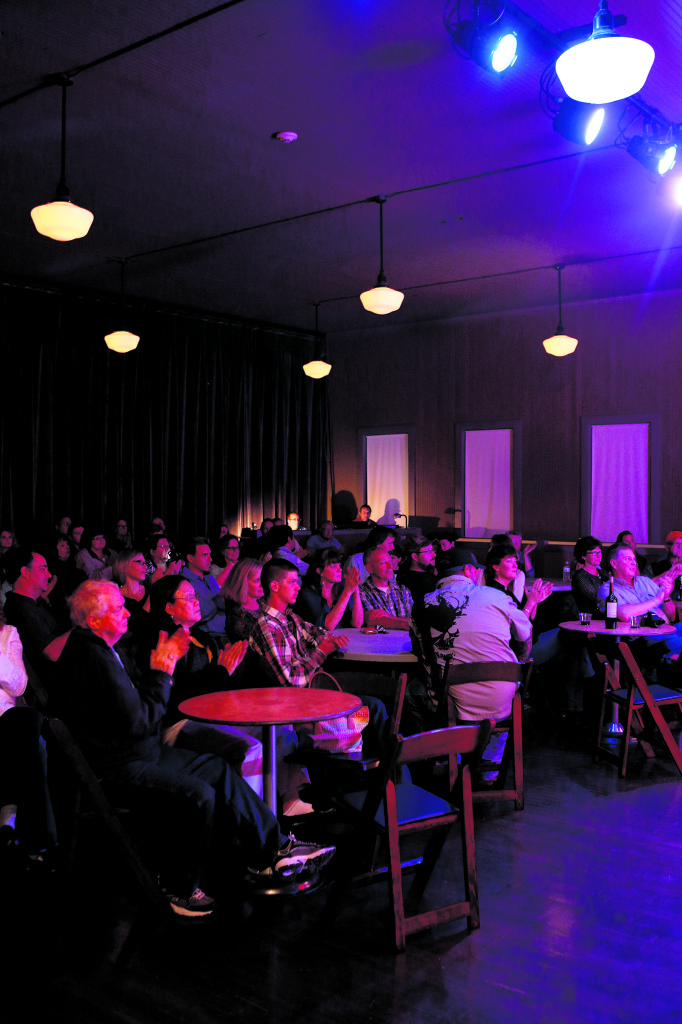 “When I finally got remarried and did that, I started playing racquetball twice a week with the same guy since the late 1990s. He’s on the board of a bunch of different organizations, always active and helping people. He asked me to be involved with a Cayuga Museum benefit, to organize entertainment for a barbecue fundraiser. I said, ‘I’m not a joiner, I’m a musician. I’m used to walking my own walk.’ He was like, ‘You gotta quit being a selfish asshole. Give back.’ So I hooked up with the committee.”

Thompson quickly fell in love with the theater. His wife, Tilly, had danced there when she was a child and fondly remembered the venue, making the connection all the stronger. “She remembered looking in the big mirror in the dressing room, getting ready for a dance show they were doing,” he says. “It knocked me out. I had to be involved.”

He was on a committee for the theater for about 10 years before he got on the museum’s board around the time of the extensive renovations. “We updated it and everything’s modern, and there’s nothing about it that I would change,” he says. “What’s not to fall in love with? It’s one of those places that, as I looked at it from a musician’s point of view, I thought, ‘This would be so cool.’”

Following the renovations, Thompson outfitted the venue with a sound system, thanks to his friend and former Velcro bandmate Jimmy Frech, who owns the musical equipment company Mental Case. “We could have easily spent $30,000,” Thompson says. “But we saved like $17,000 of what we were going to spend. We’ll never look back. It’s a great investment.”

In the fall of 2011, the venue was ready for use. But Thompson didn’t want it to be ordinary. “I said to myself, ‘I’m gonna do a once-a-month music thing, but I’m not gonna do the same music thing that everybody does. I’ll bring in the stuff that nobody gets to see.’ In a place like Auburn, there’s loads of classic rock. How many more times do I have to see the same stuff? A lot of bands I was seeing never played Auburn. I wanted to do something different. I picked up on stuff I thought would be cool and worked our way to where we are now.”

The venue hosts genres across the musical map, but offers all bands the opportunity to stretch their wings. While bar gigs can be limiting depending on the clientele and atmosphere (heart-wrenching ballads don’t always go over well at midnight on a Saturday), Theater Mack provided all kinds of bands the chance to experiment fearlessly.

“As a performer you can tailor your set a little differently (at Theater Mack),” Lyons says. “You can play something a little slower, and more dramatic, allowing you to express different elements of the band that might otherwise be too much of a gear change for a barroom or club. It’s extremely enjoyable to have this added creative space. Having said that, there’s also the freedom to crank out a high-energy rocker, lifting the audience to their feet, to dance to their heart’s content. This is what sets it apart, making it unique. I feel it is one of the best venues around. It’s big enough to support a large crowd, and small enough to feel the energy of a smaller audience.”

The venue, which seats 100 and up to 200 standing, has given artists from Syracuse, Ithaca and beyond the chance to reach audiences. “It has a great vibe,” says regular Theater Mack attendee Doug Ward. “The vibe, to me, encompasses everything from what I see walking up to the building. The opening act that I hear from outside calls me to hurry in and see what I am missing: the friendly music-loving people that are inside. People make the experience. They are respectful and appreciative of what’s going on up on the stage. The acoustics in the room are excellent, the seats are relaxed and crowd-friendly. Everyone who has come to a show is floored by the experience.”

Rockin’ at the Mack 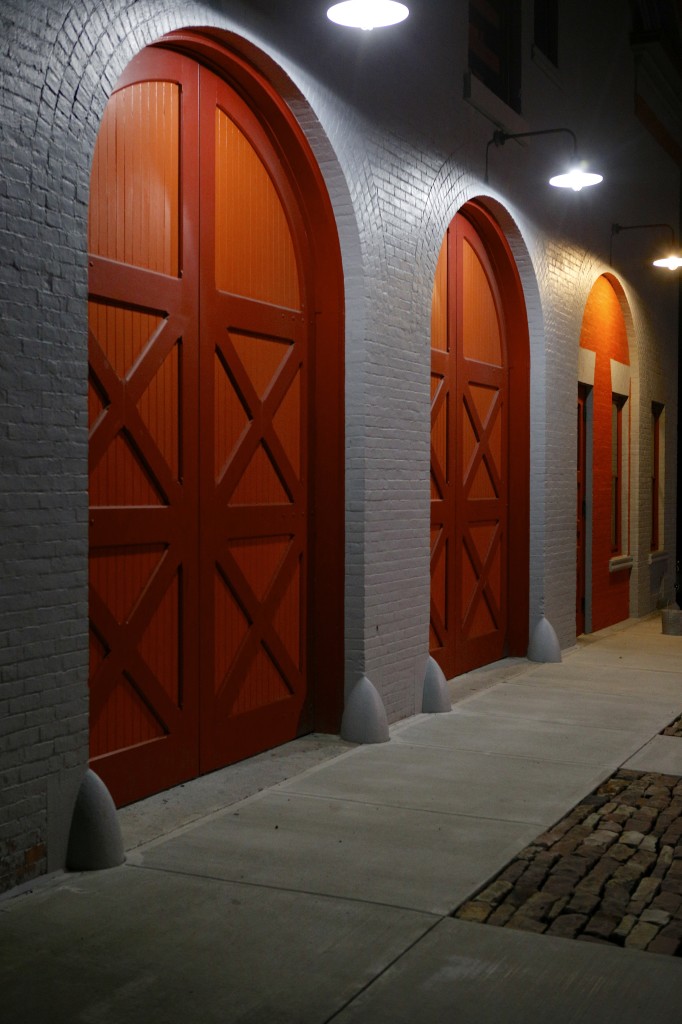 Although Theater Mack’s Final Friday series runs from September to June, the venue is open for other dates, such as the Saturday, Oct. 4, performance with singer-songwriter Jason Teska. The adaptable space is also used by the Finger Lakes Musical Theater Festival for the 10-week summertime series known as The Pitch, featuring cutting-edge musical productions by budding playwrights and composers.

There’s also a Movies @ the Mack program on select Wednesday afternoons and evenings, with upcoming flicks specializing in film noir classics. The venue is also available as rentable space for weddings, lectures and other events.

The Final Friday series has also formed a partnership with the Auburn Public Theater. “If they can help us write grants,” Thompson says, “I’ve got great ideas, just no money.”

Final Friday is still Thompson’s baby, however. “People feel like they’ve discovered something when they walk into the theater. I want to keep it that way. Everyone walks out of that room saying the same thing: ‘It’s the most intimate live performance room you’ve ever been in.’ It’s got such a great vibe. We didn’t even try. It’s all the way it worked out.”[snt]

March 27 and May 28 acts have yet to be announced. Admission is $5. For more information on shows and to buy tickets, call 252-4694 or visit TheaterMack.org.

Editor’s Note: Music writer Jessica Novak is a member of the Golden Novak Band and the Jess Novak Duo.

A series of film noir classics will be screened at Theater Mack this autumn on Wednesdays at 2 and 7 p.m. The feature on Wednesday, Oct. 15, will be the 1946 classic The Big Sleep with Humphrey Bogart and Lauren Bacall, followed on Nov. 5 with the low-budget 1945 thriller Detour and the Nov. 19 screening of 1955’s The Night of the Hunter starring Robert Mitchum and Lillian Gish. Admission is $3.

“My dream show would be John Hiatt. Imagine getting John Hiatt in that room for 125 seats. If I can make that happen, I’m a hero in my own mind.”
-Ron Thompson

“What I find refreshing is Ron’s got an open mind and he’s open to suggestion. He really wants to deliver the best program he can. From my perspective, it’s about the music. He’s putting his energy into creating a great venue, to serve the artist, audience and the community. He’s continuing to put his love of music into action. So I encourage all music appreciators/lovers to support Theater Mack. It’s a great place catch a show. Not only as a spectator, or musician, but a supporter of the arts and the community. I believe we are not doing enough to protect, and develop the arts/culture. You do not have to look very hard, to see that society in general, is not healthy. Places like Theater Mack are trying to provide some balance in a world that’s in desperate need of some heart and soul! You cannot flourish on economics alone. The spirit must be fed, and the soul must be expressed. Music is a universal language with real healing power, and needs no interpreter.”
-Rex Lyons, The Ripcords

“The history of the building, its former life as a carriage house and the atmosphere inside set it apart from many other venues. I see a lot of live music, mostly local and regional, some national acts, and it’s one of my favorite spots. And Ron is a gifted programmer. His choices have been a highlight: Bert Scholl, Ruddy Well Band, Austin John Band, Kay and the Kavemen. I have yet to be disappointed on a Final Friday.”
-Doug Ward

Words from the Road
Setting the Bar
To Top