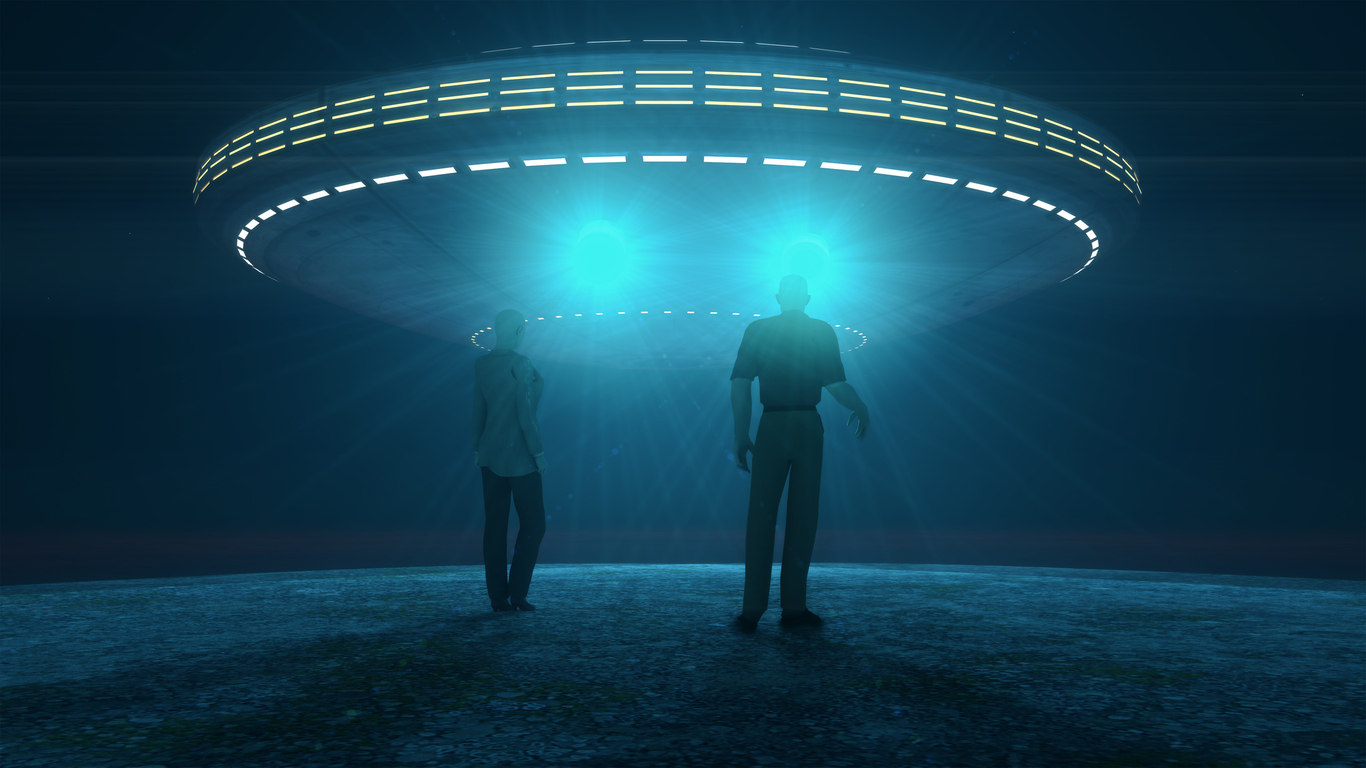 Fontana, Calif., was founded in 1913 by Azariel Blanchard Miller. For the next 30 years it remained little more than a small rural village.

It was the dog days of August 1937, when the Great Depression still ruled America. Harry, his two younger brothers and his parents lived on the outskirts of Fontana in an old tractor barn. It wasn’t fancy, but it was shelter and the family was all together.

The three brothers were out walking one evening in an area where there were no streetlights and no automobile traffic. It was just after sunset and getting darker fast.

Suddenly the three boys were startled by the appearance of a very bright light that silently hovered above them.

Harry remembered, “We just stood and looked up at this brilliant glowing cylinder. It didn’t move, and we didn’t either. Puzzled, we asked each other what it was. Of course we were kids; we weren’t able to even make a guess.”

The boys quickly became afraid, and they ran into an orange grove to hide. “But the light just moved with us,” Harry said. “It was brighter than daylight under the orange tree that we were under.”

Frightened out of their wits, the brothers tried to figure out what to do next. “Then just as unexpectedly as the light had started, the light just abruptly went out.”

The boys stayed under the trees until they got up enough nerve to run for home. “This was a long time before anyone ever said they had seen an UFO or little green men.” Harry explained.

But sometimes a UFO incident isn’t just a sighting. On occasion these events are of an initiating nature that can go on for years.

“For a long time after that event, I had what I thought were dreams,” Harry said. “I would awake in a room with subdued light, with four or five of the little people with big heads and dark eyes. These little people were about as tall as I was and would be moving all around and touching me. I was never too afraid of them. I can’t ever recall being hurt in any way.”

Occasionally in Harry’s dreams, a door would open with a bright light. In the doorway there would be a tall person.

“I could never tell what he looked like. All I could see was his shadow, he would say something to the little people and they would leave. And soon after I would awake in my bed.”

Harry has struggled for years with these memories, whether or not these were real events or just fantasy dreams.

“I’m not too sure if they were real or not anymore. People have a hard time believing what you tell them you have seen. But the older I get, the more I think there is more to my story then I originally thought.”

The rural village became a major boom town in 1942 when the nation went to war. Henry J. Kaiser built the first West Coast integrated steel mill in Fontana in 1942 to supply plate for his seven shipyards.

The city of Fontana now has a population in excess of 200,000. It’s the second most populous city in San Bernardino County and the 19th largest in the state.

From 2001 through 2015: California had the most UFO sighting reports in the country at 15,836. San Bernardino County logged 836 of those reports. And the city of Fontana reported 50 UFO sightings.

The Top Day for UFO Sightings
What Does $22 Million Buy in UFO Research?
To Top