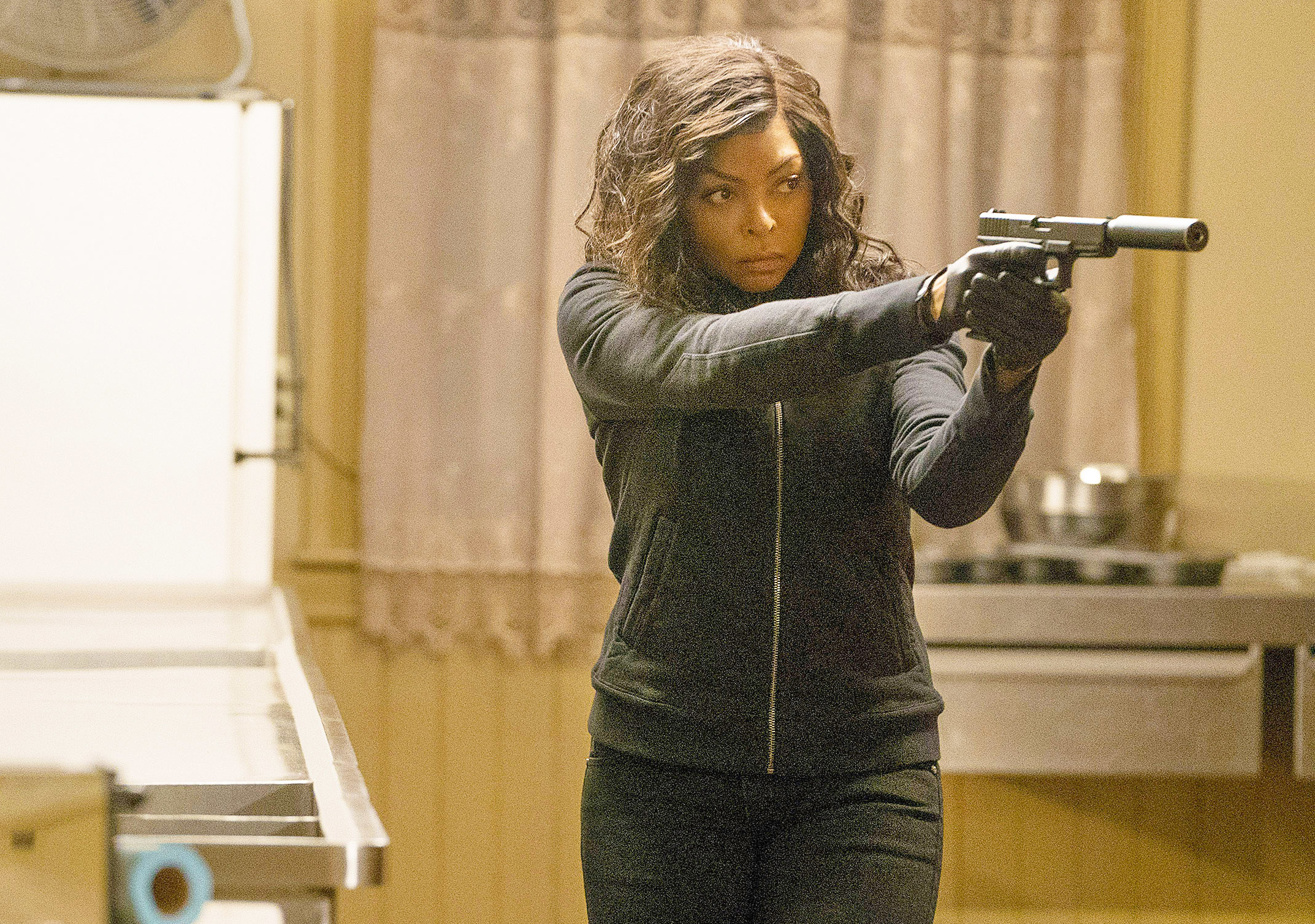 With a release date slated for the Martin Luther King Jr. holiday weekend and an advertising campaign that paid homage to the blaxploitation cinema era, things seemed to be looking good for Proud Mary (Sony/Screen Gems; 89 minutes; widescreen; R; 2018).

The title sequence features the title character, sultry assassin Mary (Hidden Figures’ Taraji P. Henson), as she gets gussied up with a blonde wig, then heads to the Boston apartment of a hapless bookie and pulls the trigger on him, as The Temptations’ “Papa Was a Rolling Stone” wails on the soundtrack. Combine that snappy setup with the movie’s sexy advertising posters that deliberately recall the 1970s heyday of actress Pam Grier (Foxy Brown, Coffy), and viewers just might be thinking that Proud Mary will offer another retro blast similar to director Quentin Tarantino’s Jackie Brown, his 1997 love letter to Grier’s iconic career.

Proud Mary doesn’t deliver those hoped-for goods, however. After Mary fulfills her contract hit, she finds out that the bookie’s young son Danny (Jahi Di’Allo Winston) is in the next room, wearing headphones while playing video games, and is unaware of the murder.

Then a “one year later” title card fills the screen, with Danny now working as a drug mule for a ruthless kingpin (Xander Berkeley). But Mary still feels guilty about making Danny an orphan, and she sets out to make amends. Her well-meaning intentions quickly result in a turf war between the dealer’s operation and the crime clan (led by Danny Glover, projecting sinister menace) that Mary has been killing for.

John S. Newman, Christian Swegal and Steve Antin are the credited scribes, yet much of Proud Mary plays as an uncredited knockoff of writer-director John Cassavetes’ 1980 mob drama Gloria, which starred his wife Gena Rowlands in one of her flashiest turns as the unlikely protector of a young kid. Cassavetes’ script was familiar yet diverting, whereas Proud Mary’s plot is a predictable, eye-rolling shambles in which viewers will likely be two reels ahead of the characters.

Much dialogue gets hashed out regarding the meaning of “family,” especially Mary’s newfound maternal instincts (even a drug dealer is named Uncle). To Henson’s credit, she does bring empathy to Mary’s emotional plight, and her domestic scenes with young actor Winston ring true. But it’s also downright bland, and the syrupy score by Fil Eisler during these moments is no help.

Even the action sequences, featuring everything from rat-a-tat drive-bys to nail-gun tortures, come across as mild instead of wild. Director Babak Najafi, who made the preposterous political thriller London Has Fallen something of a guilty pleasure, can’t bring the same pizzazz to Proud Mary, as it clearly needs the type of kinetic set pieces found in Atomic Blonde and John Wick 2.

The actors do what they can with the subpar material, with Billy Brown coming across best as Mary’s brooding former lover. As a fellow crimelord, Syracuse University graduate Neal McDonough has only a few scenes and even less dialogue.

And while the casting of Henson (who served as an executive producer) and Glover brings an audience’s initial goodwill to the project, they can’t surmount the cavalcade of clichés that lead to the inevitable shooting-gallery climax. As a hodgepodge of hit-lady histrionics, Proud Mary sadly misses the target.