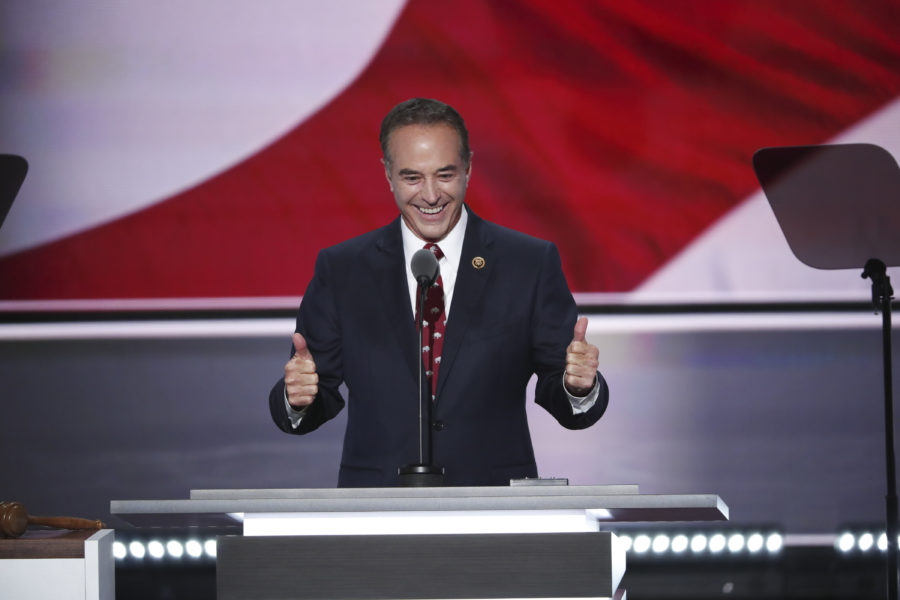 Some form of conflict-of-interest policy is fairly standard in a lot of workplaces. But for whatever reason, similar policies in one of the most important workplaces — government — too often seem to be either nonexistent or are littered with loopholes and backdoors.

The recent arrest of New York Republican Rep. Chris Collins helped expose one of those loopholes, and his colleagues must now do what they can to close it immediately. Collins, whose congressional district covers Western New York from the suburbs of Rochester to the suburbs of Buffalo, was indicted Aug. 8 for his alleged role in an insider trading scheme.

Prosecutors accuse the congressman — a major investor and board member of the Sydney, Australian- based pharmaceutical company Innate Immunotherapeutics Ltd. — of engaging in illegal insider trading when he learned a year ago that a new drug for the treatment of multiple sclerosis had failed a clinical trial. Being a board member, he learned the information before it became public.

Collins then tipped off his son, a stockholder in the company, early enough so that his son allegedly sold his stock and avoided about $571,000 in losses. His son told his fiancee and her parents, who were also stockholders in the business.

Collins insists he is innocent and briefly vowed to stay on the ballot in November, but announced a few days later he would not seek re-election.

His arrest has brought a crucial question to the forefront: Why are members of Congress allowed to sit on boards of major companies while at the same time holding public office?

Collins’ case is a good example of why this concept is flawed, since he held a seat on the House Energy and Commerce Committee, which would oversee health care companies like the one for which he was a board member.

As we’ve seen in several cases in New York state politics over the last few years, companies have an obvious interest in what kind of legislation flows through the halls of power. And representatives of those companies can resort to dark tactics to get lawmakers to influence laws so that they better benefit those companies. It’s a lot easier to do that when certain legislators serve on boards of those companies and have a stake in them.

Even if there is never any wrongdoing between the two parties, the image alone of straddling elected office and private investment is, at best, a conflict of interest. Collins’ arrest should be a wakeup call.

Two of Collins’ congressional colleagues — Democrat Rep. Kathleen Rice from New York City and Republican Rep. Tom Reed from the Southern Tier — are attacking this problem. They introduced legislation the day after Collins’ arrest that would enact House rules similar to what the U.S. Senate rulebook already contains, which prohibits senators from serving “as an officer or member of the board of any publicly held or publicly regulated corporation, financial institution, or business entity.”

We can’t rely a lot on Congress these days to find bipartisan agreement. Yet since members from both sides of the aisle were quick to condemn Collins after his indictment, they should also quickly agree that Reed and Rice’s bill would help prevent such activity and pass it as soon as possible.

The need for urgency is not difficult to understand. If Collins’ case raises the question of why should members of Congress be allowed to sit on boards of major companies, it raises another question: Who do our members of Congress work for: their constituents or their self-interests?

As long as giant corporations and big donors play such a significant role in our politics, there will always be some doubt over who our public servants are really put in office to serve. But banning House members from serving on company boards might at least make an answer to that question a bit clearer.

May the Space Force be with you: Why new initiative makes sense
Cuomo is not running for president, though his actions suggest otherwise
To Top