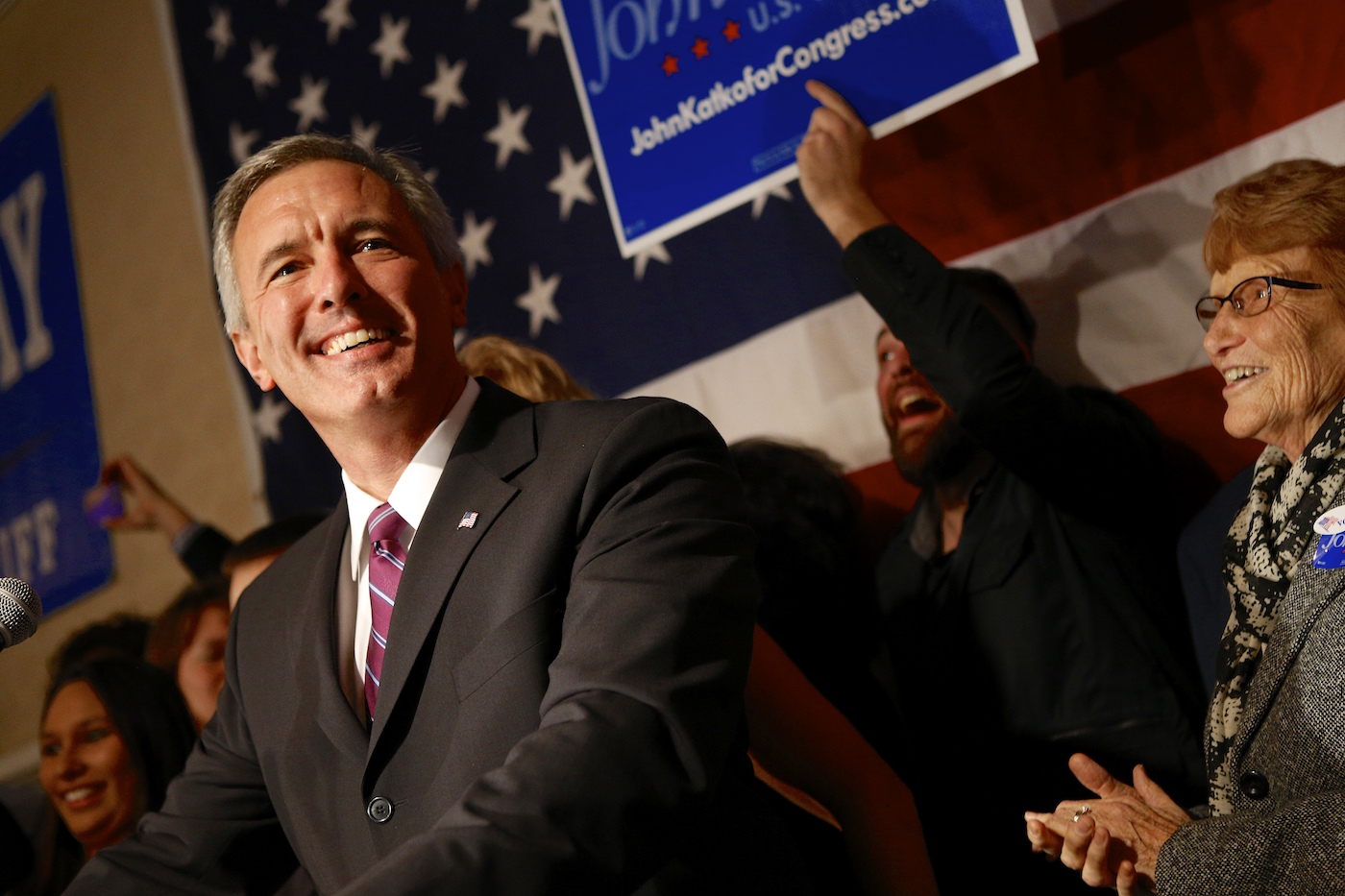 Republicans and Democrats are both looking to put one of their own in the Oval Office this November, but that’s only half the battle. The other half is to stock the seats on Capitol Hill to make their choice for president’s job easier. How well they fill those seats determines national policy for years to come. And both parties have their sights set on New York.

The Empire State saw its own share of the national Republican surge in the 2014 midterm elections, in which the GOP captured the Senate for the first time since 2006 and gained its largest majority in the House of Representatives since the 1920s. Three seats in New York’s 27 congressional districts that had previously been held by Democrats were overtaken. Lee Zeldin, of Long Island, unseated his six-term Democratic opponent. Elise Stefanik, from the North Country, became the youngest woman ever elected to Congress, beating her opponent by a whopping 22 points.

This November’s race in Zeldin’s district will be close, but he has a reasonable chance of victory. Stefanik’s opponent, Mike Derrick, is a retired Army colonel, and is a smart choice for the Democrats as the district is where Fort Drum is located. But the district is very rural and quite large — spanning from Watertown to the Vermont border — so it’s pretty hard for a new face to show his or herself in the time given.

But a lot of eyes are going to be on central New York over the next few months. It is the 24th Congressional District where the stakes are high and time is short. Following Tuesday’s Democratic primaries, the heart of the state is going to become the heart of the 2016 races for the House.

So, what makes the district, which includes the Syracuse metropolitan area and all of Onondaga, Cayuga, Wayne and part of Oswego counties, so special?

Well, several of the last few elections have been incredibly close. In 2006, in the formerly named 25th district, newcomer Dan Maffei was defeated by less than 3,400 votes. Maffei won his first term overwhelmingly in 2008, but lost re-election in 2010 to Ann Marie Buerkle by only 567 votes out of roughly 200,000 cast. In a rematch in 2012, Maffei took back the seat back from Buerkle by less than five points, and Buerkle didn’t concede until days after election night.

A close race was expected in 2014 and Maffei requested the state impound all voting machines and paper ballots. But a close race was not to be. Maffei lost to Republican John Katko by 20 points.

Katko, who is running for re-election, has pulled in a lot of campaign money and has remained moderately popular over his term. A September poll showed he was favored 51 percent to 28 percent over the only other candidate who had announced a bid at the time. Tuesday’s primary determines Katko’s opponent.

But while Katko appears in good standing, history is not on his side in November. A Democrat has been favored during presidential election years. We’ve all heard about swing states in national presidential contests. In recent years, central New York has become the Florida or Ohio of races in the House. The party of the seat has flipped from Democrat to Republican and vise versa in every election over the last four cycles. In fact, only one other congressional district in the nation — Arizona’s 1st district — has had the same pattern. But its Democratic incumbent won in 2014, leaving central New York as the most volatile district in the entire United States.

That’s why we see a herd of top political figures come to the region in the months and weeks before an election, hoping their presence will generate excitement and stimulate voter turnout for their party’s candidates. In 2014, former President Bill Clinton and Vice President Joe Biden, two democratic icons, visited Syracuse to urge voters to vote for Maffei. And the two most powerful Republicans in the country, then House Speaker John Boehner and Majority Leader Kevin McCarthy, both held fundraisers for Katko in Syracuse and Auburn.

What we saw in 2014 is already beginning. The 24th Congressional District is one of 21 races that have qualified for the Democratic Congressional Campaign Committee’s “Red to Blue” program, a list of seats Democrats think they can take back from the Republicans. And just last week, Bernie Sanders stopped in Syracuse to throw his support behind Democratic candidate Eric Kingson. Republicans are also preparing a ground game to keep Katko in power. They know that central New York is a must-win for both.

So what does that mean for the people? It means you are in control. Yes, this small area, known for salt potatoes, college football, streets of bars and the home of Harriet Tubman, has a lot of say in which direction the nation wants to go in.

Will a Democrat take your views to Washington or will Katko break the party flip pattern? That’s up to you.

Whether you’re from Syracuse, Clay, Oswego, Wolcott, Auburn or anywhere in between, it is vital that people don’t fall for the foolish “my vote doesn’t count” perspective. Because here, your votes do count. Central New York may be a small region, but all it takes is going to the polls this fall to be part of something bigger.