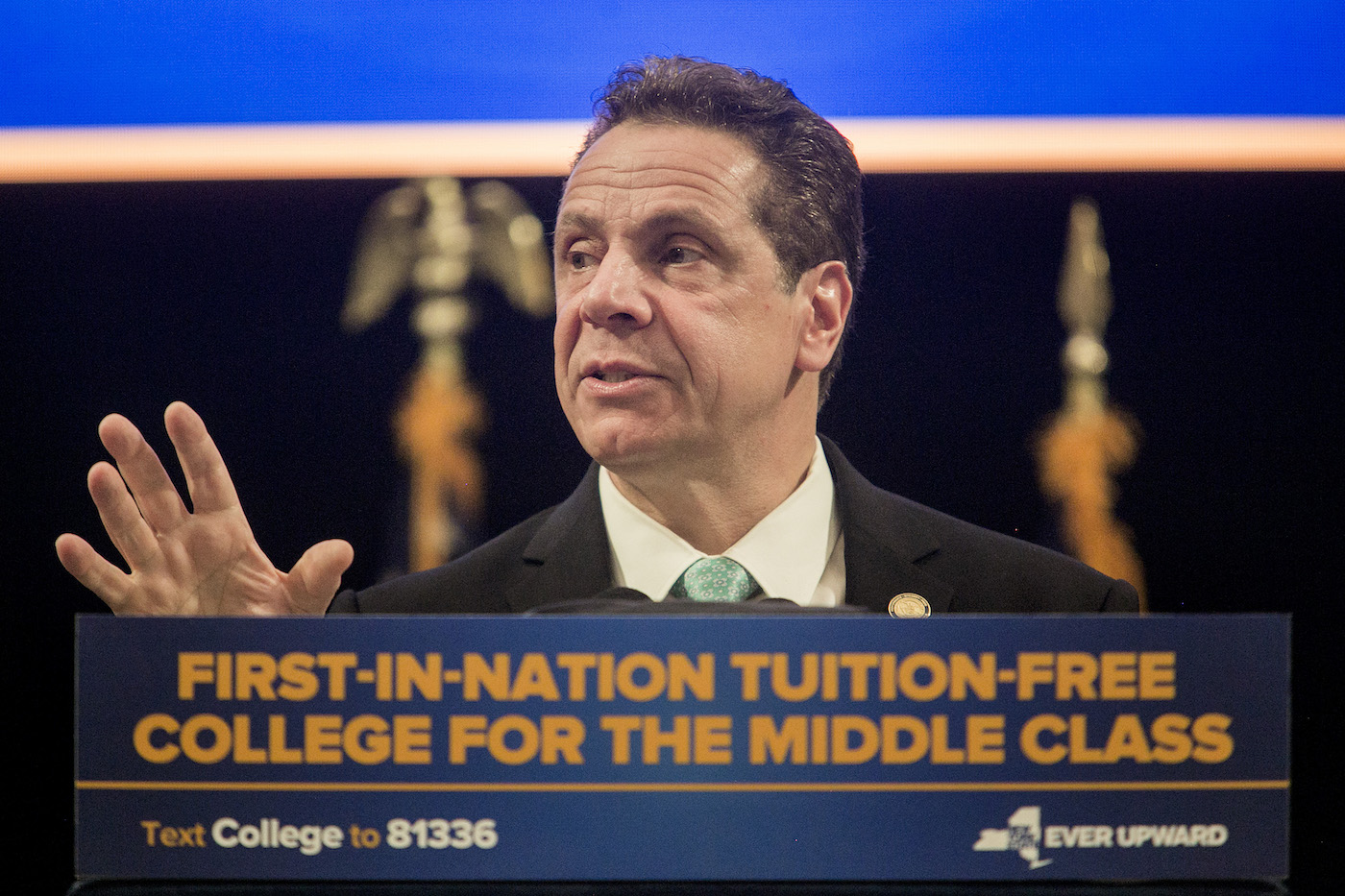 It has been just about two years since I completed a college degree and was handed a diploma. Immediately afterward, I moved to eastern New York state for work. Several of my college friends and associates settled in Syracuse, Albany, Buffalo, New York City and places in between.

But there were also many who left for other places like Oregon, Idaho, North Carolina, Virginia, Texas and Florida. Several went overseas.

They worked just as hard as I did, fulfilled all the same requirements and followed all of the same rules. And like me, they went where the opportunities were. But had we graduated a few years later, there’s a good chance I wouldn’t be paying for my tuition costs. They, on the other hand, would be.

It is undoubtedly a political victory for Gov. Andrew Cuomo, who many speculate will make a run for the White House in 2020. Yet it comes with an abundance of flaws that puts its effectiveness in question, such as how it covers only tuition when textbooks and room-and-board costs represent a significant portion of the financial burden.

But the primary provision that has turned the most heads is the condition that graduates can only reap the benefits if they stay and work in New York for as long as they received the assistance. If they got four years of tuition paid for, they must remain in the state for four years after graduation. If they move, they will have to repay it.

Many instantly scream that the requirement is ridiculous. But upfront, I actually find that healthy. It ensures that state taxpayer money being spent on students’ education is recycled back into the state economy once they join the workforce, or at least is, repaid in full. And SUNY officials estimate around 83 percent of students stay in New York following graduation anyway.

But if we want to be frank, the requirement is imprisoning young people in this state, with a sentence of up to four years.

This provision was forced into the measure by Senate Republicans, many of them from upstate districts, a region where many young people are leaving. Between July 2015 and July 2016, 191,000 people moved out of New York state. According to United Van Lines, 46 percent of those who relocated cited jobs as their reason for leaving. And 18 percent of those who left were between ages 18 and 34. Each year those rates are about the same.

It would be different if upstate was booming economically or if the Excelsior Scholarship also provided economic development funds for the promise of job security. As of right now, neither of those is the case.

What this does is create a paradox in the system that may make the groundbreaking program useless to thousands of students: It makes getting into college easier but into the workplace harder.

The job market for many fields in upstate New York isn’t exactly where we’d like it to be. And many don’t offer a salary that can cover skyrocketing rent costs downstate. So young professionals are looking elsewhere.

Take those who major in video game design, for example, a small field but with ever-growing horizons in the digital age. Several schools in New York, including SUNY Polytechnic Institute and Canton, have or are in the process of creating programs for game design and development. Rochester Institute of Technology’s program is actually ranked in the top two programs in the field by the Princeton Review.

Yet many of those graduates find themselves on the West Coast after graduation because jobs are more plentiful there. Suppose a promising young graduate from SUNY Poly is offered a well-paying job in a growing field on the other side of the country. Many would probably jump at the chance.

But others might hesitate, knowing that decision would come with a $6,400-per-year price tag, which is the average tuition cost at a SUNY or CUNY school — a price that up to now they hadn’t planned on having to pay.

We would literally be punishing young people for being successful. And that’s not what free college plans are supposed to be about. Think about all of the futures that could be interfered with and all the accomplishments that could be hindered.

Again, a clear majority of graduates remain in-state anyhow, so is this requirement really necessary to begin with? If lawmakers really want to curb the mass exodus of young people from this state, they should concentrate on policies that ease the burden of costly housing downstate and revive the economic system to provide more opportunities upstate.

New York state is a wonderful place to live. And I would like young people to be able to remain here and prosper. But I certainly don’t blame anyone for leaving. Many of the people fleeing New York do so because of a financial ball-and-chain. This tuition plan might be the first occasion where people cite the same reason to stay.