Imitation is the sincerest form of flattery

I was looking at changes in The Post-Standard that Steven Cvengros, vice president of content, announced in a note to readers.

One I liked was a standalone picture, called The Buzz, that shows off the work of the photo staff. 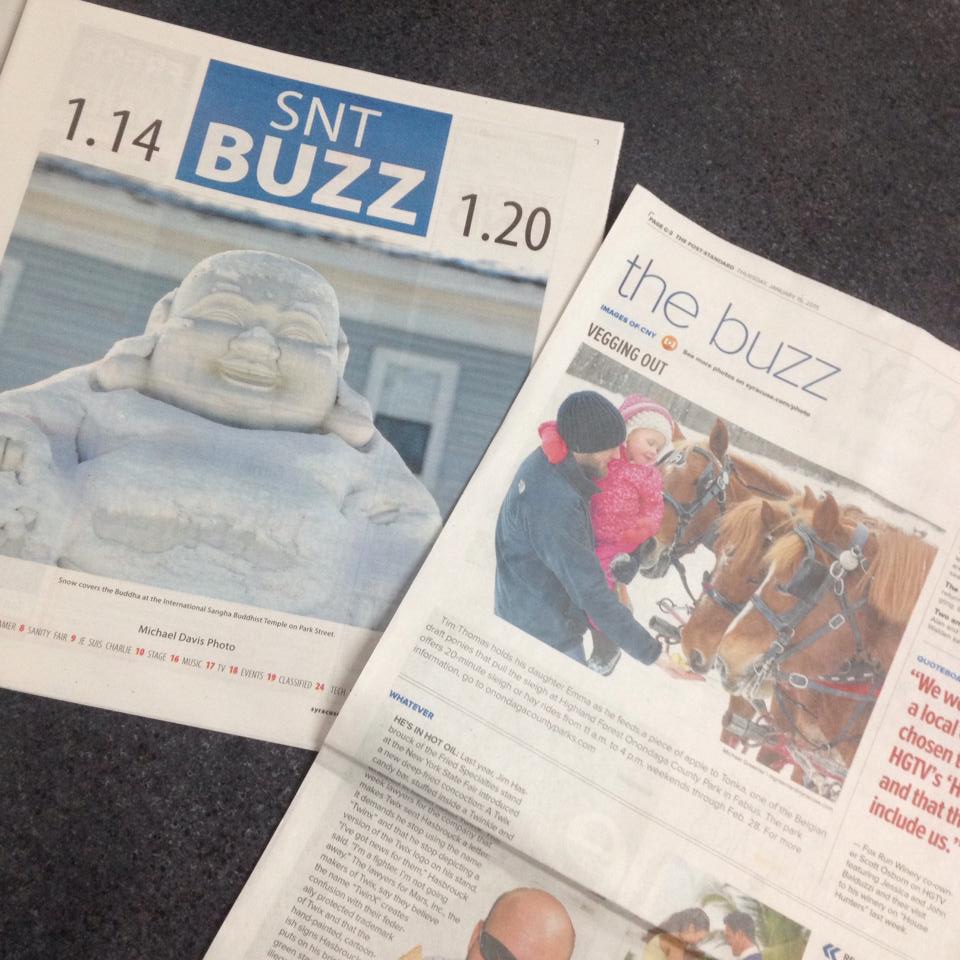 I liked the idea even better nine months ago, when the New Times introduced a standalone picture to show off the work of Michael Davis. We called it … Buzz.

Maybe creativity is in short supply downtown. Maybe we, out on the West Side, should pretend we believe that imitation is the sincerest form of flattery.

If there’s one thing true about newspaper design, it’s that we all copy — well, steal — the best ideas from other newspapers and magazines. We did it ourselves when we redesigned in April.

But there are some rules. For example, you’re unlikely to find something called “Talk of the Town,” which has become so identified with The New Yorker. And it’s generally considered bad form to “borrow” from another publication in the same market.

Hey, it’s not like there are Anti-Aping Police, and we have no special claim on “Buzz.” (Note to self: Perhaps it’s time to remind the Post that we do have exclusive rights to “Best of Syracuse.”)

In the end, we hope the changes that lie ahead for the Post won’t include a snarky news summary called “Ripped from the Headlines,” (included in the News & Blues section of the print edition and each Sunday online in our “Top 5 Stories of the Week” summary) or a news aggregation at Syracuse.com called “News & Blues,” or a food feature called “Plates & Glasses” or a real estate feature called “Living Space.”

But fair warning: We will not be so accepting of a regular note to readers from Post editors with a conversational tone and aspirations to be witty. Particularly if it’s called “Starting Point.” We have to draw the line somewhere.

In that case, Stephen Cvengros, it’s your choice of weapons at 20 paces.

And you can bet that would create some buzz.

Larry Dietrich is the editor-in-chief at the Syracuse New Times.