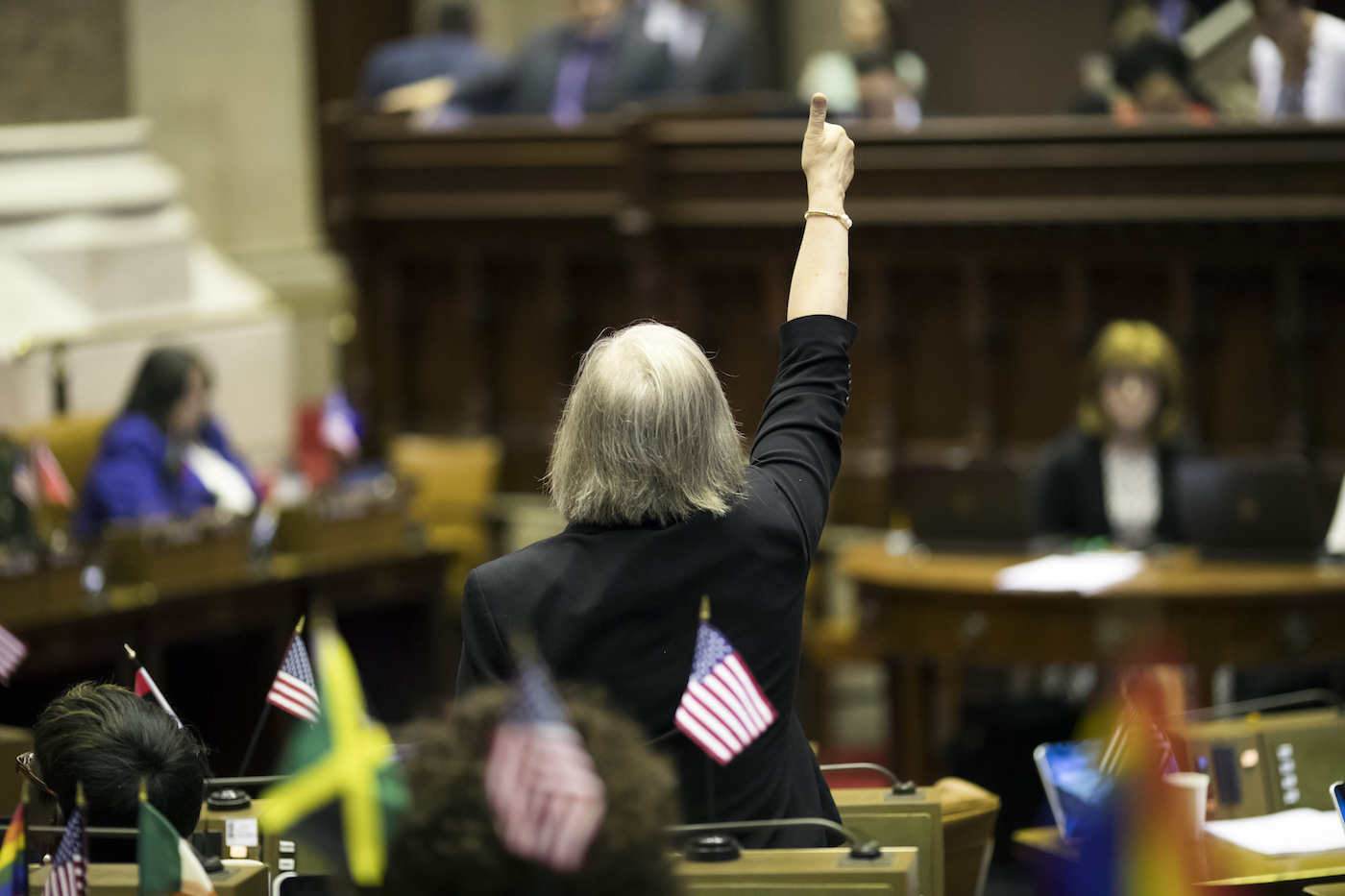 Government reform once again fails to be the subject of conversation in the New York Legislature.

When President Woodrow Wilson was notified that the League of Nations, his great obsessive plan for global peace, had failed to pass in the U.S. Senate in 1919, he uttered the words, “They have shamed us in the eyes of the world.”

To a smaller extent, we can now say the same about the New York Legislature. Once again, another session has come to a close, and once again, it ends with no significant ethics reform aimed to curb the incredible amount of government corruption that continuously spews from the halls of Albany. In the last year and a half, both chambers’ leaders, Assembly Speaker Sheldon Silver and Senate Majority Leader Dean Skelos, have been convicted and sentenced to federal prison on corruption charges. They join a list of more than 30 New York officials to leave office facing ethical allegations since 2000.

In the wake of these events, New York voters have been screaming for the government to fill in the loopholes that allow these lawmakers to conduct such acts. Ethics measures were promised to be included in the state budget in April. They weren’t. Then Gov. Andrew Cuomo and state lawmakers pledged to make them a top priority before the session ended last week. In the final days of this legislative session, our representatives were able to pass a measure that allows pet owners to be buried with the cremated remains of their beloved animals. Then they agreed that pink, not just the traditional fluorescent orange, is now an acceptable color for hunters to wear while in the woods. Ethics reform sounds like it was a super priority, doesn’t it?

There is simply no excuse for these empty promises and repeated failures by a government whose constituents are in almost full agreement that the problem needs to be fixed. A Siena College poll last month found that 96 percent of New York voters consider ethics to be an important priority. Sadly, 67 percent said they were doubtful any legislation would come through. They had good reason to be.

Now, some of our elected officials will do a victory lap due to the possibility of a future agreement that allows judges to strip corrupt politicians of their pensions. Both Skelos and Silver will be receiving more than $80,000 a year while they are in prison, provided by New York law-abiding tax payers. But fixing the pension issue is still more than a constitutional amendment and is at least another year away. More importantly, that solution only addresses corruption after it’s been created. Preventive measures will be much more effective. And if years in prison aren’t already an incentive to avoid dirty politics, do you really think a watered-down threat of pension forfeiture is going to make them think twice? That so-called victory lap is as useful as what Sen. Daniel Squadron describes as “taking an aspirin for a broken arm.”

Forfeiting pension is just one of many areas that need to be attacked, however. Other corruption incubators include lawmakers’ ability to receive outside income, the LLC loophole, which allows big donors and special interests to circumvent the state’s campaign finance limits and funnel millions of dollars to the candidates of their choice, and the lack of an independent panel to investigate possible corrupt politicians. Again, all of the above have been promised time and again and all of the above have barely been discussed, let alone come to a vote. In essence, we’re no closer to a firm ethics package than we were when Skelos and Silver were arrested more than a year ago.

And that’s what is most concerning. As far as reform goes, we’re slowly creeping toward a point of no return. This was the legislature’s big chance. This was their time to prove to New Yorkers that they do care about clean government and they do want to repair a broken system.

From Sen. Thomas Libious’ conviction for lying to the FBI, to Cuomo’s mysterious shutdown of the Moreland Commission and the latest probes into his Buffalo Billion initiative, to the investigation into New York City Mayor Bill de Blasio’s campaign fundraising, to the humiliating resignations of Silver and Skelos, there is more than enough evidence to say that the time for change is needed and needed now. But incredibly, no such action has been taken to fix New York’s biggest problem, the one that affects all of the others.

So, the question we must now ask our representatives in Albany is this: If not now, when?