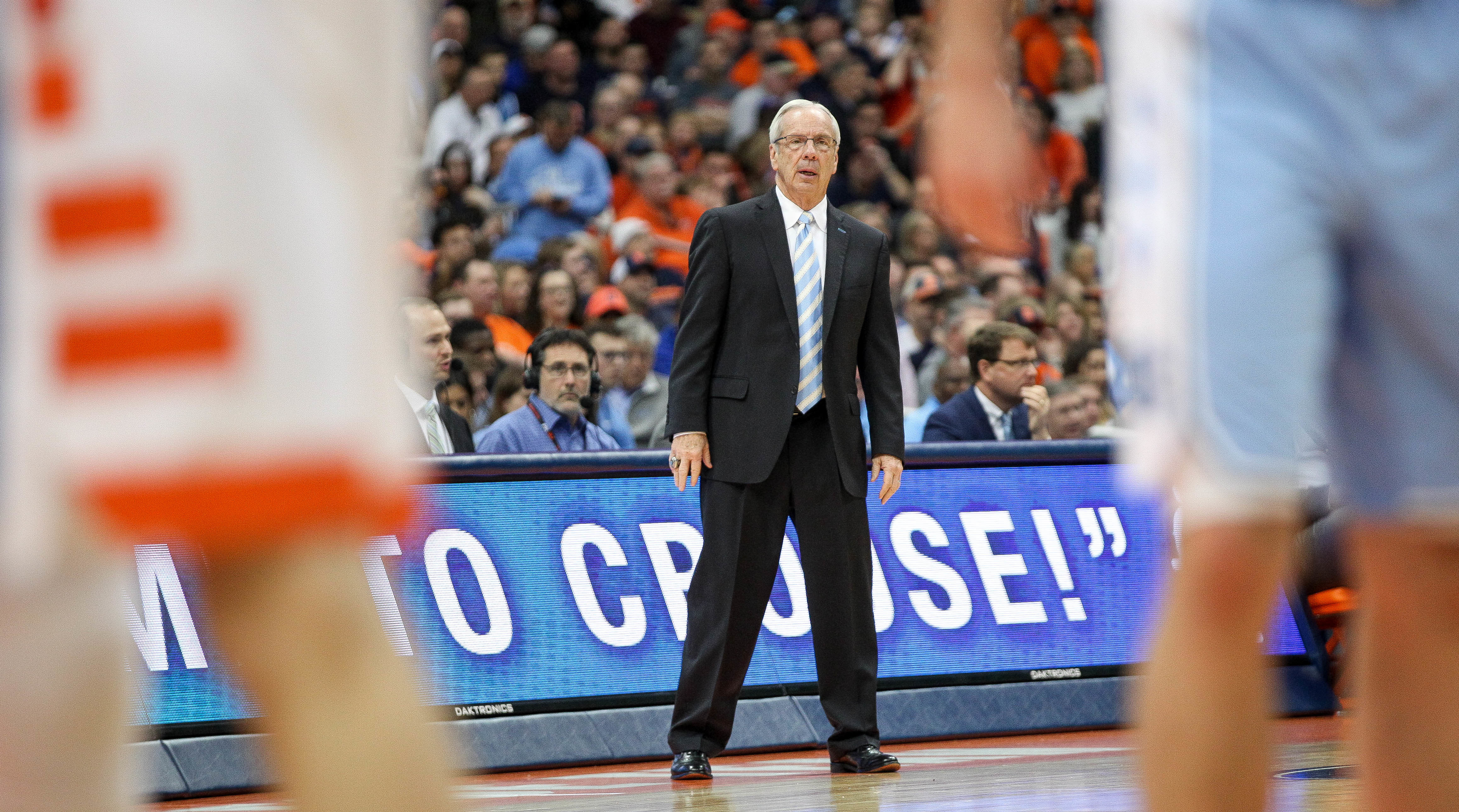 With the Syracuse University men’s basketball team sitting on the wrong side of the NCAA Tournament bubble, the reality is that the Orange is already in must-win mode a week before the start of the postseason.

At 18-11 overall and 7-9 in the Atlantic Coast Conference, it appears Syracuse will need to win the Wednesday, Feb. 28, 9 p.m. game at Boston College and the Sunday, March 4, 2 p.m. season finale against Clemson at the Carrier Dome to put itself back in the NCAA Tournament mix. With two more losses this week, the only way the Orange could qualify for the NCAA Tournament would be to make a deep run in the ACC Tournament that starts Tuesday, March 6.

“I don’t think that Coach K (Duke coach Mike Krzyzewski) should really be allowed to play zone. I’m surprised that he would even do that. I think there should be something said about that,” a smiling Boeheim said, adding that “it was a joke.”

The Orange had one of their best offensive games of the season in walloping Boston College 81-63 Jan. 24 at the Dome. Syracuse and Clemson have not played this season, and the Tigers will give the Orange one more opportunity to knock off a top-25 team and record that signature win that will boost SU’s NCAA Tournament resume.

Sunday is Senior Day, and the Orange will honor senior walk-on Patrick Herlihy along with senior managers and senior members of the Spirit Squad. It could also be sophomore guard Tyus Battle’s final home game as there’s a good chance he’ll enter the NBA after this season.

On Feb. 1, Virginia Tech Hokies snapped Syracuse’s 11-game home winning streak with a 73-64 win over the Orange at the Dome. But SU is peaking at the right time with consecutive wins over Wake Forest, Duke, Pittsburgh, North Carolina and Boston College. Duke is the No. 4 seed in the ACC Tournament.

In the 86-80 win at North Carolina Feb. 22, the Orange set a school and ACC record with 20 3-pointers, including eight by Gabrielle Cooper and seven by Miranda Drummond. The previous school record was 17 set against Rhode Island on Nov. 11, 2016, at the Dome.

Individual game tickets for the Syracuse Chiefs’ 2018 season will go on sale during the team’s annual Open House on Saturday, March 3, 9 a.m. to noon, at NBT Bank Stadium. Individual game tickets will be available at the event or online at syracusechiefs.com. Fans at the open house will also be able to purchase season tickets or a Flex Plan, schedule a group outing, and reserve a suite.

General manager Jason Smorol will announce the Chiefs’ promotional schedule and answer questions from fans during a Fan Forum starting at 10 a.m. in the Hank Sauer Room. The open house will also give fans an opportunity to tour the stadium, hit in the batting cages, and purchase souvenirs.

Now owned by the New York Mets, the Chiefs will be affiliated with the Washington Nationals this season before becoming the Mets’ Triple-A club in 2019.

The Syracuse football team recently announced that its season opener at Western Michigan originally scheduled for Sept. 1 has been moved to Friday, Aug. 31, on CBS Sports (game time to be announced).

Syracuse’s spring practice starts March 4 and ends with the Syracuse Football Spring Preview April 13. At the preview, fans can pick their seats for season tickets, which start at $125 and are on sale now through Cuse.com/tickets, (888) DOME-TIX, or at the Dome Box Office at Gate B during regular business hours.