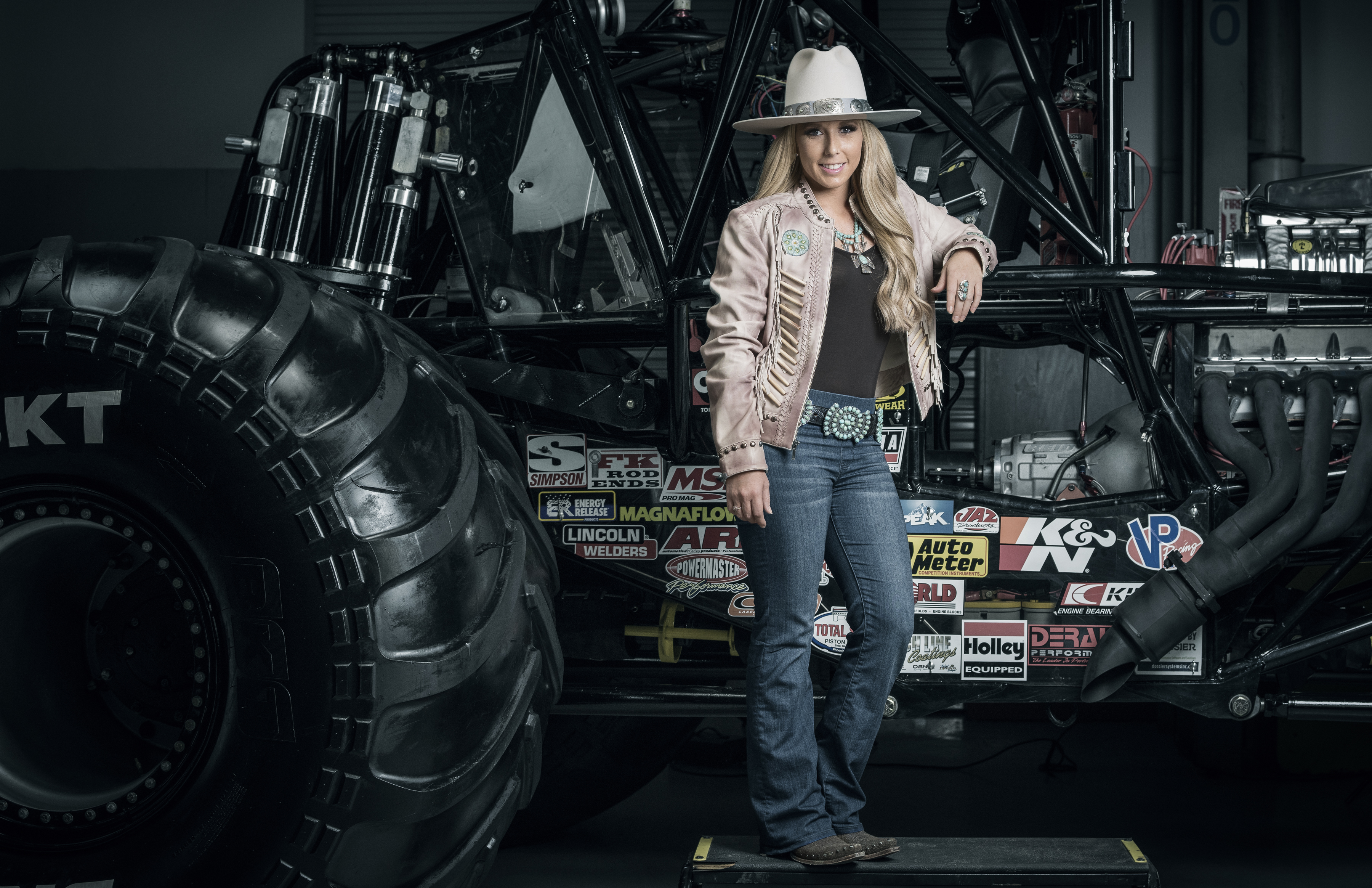 Get ready for the revving of engines and for dirt to fly when Monster Jam takes over the Carrier Dome on Saturday, April 7, 7 p.m. Sixteen monster trucks will be racing, crushing and potentially backflipping their way to a first-place victory. Ticket prices range from $22 to $100, and are available on the Monster Jam website.

Monster Jam driver Brianna Mahon has made waves recently after completing her own custom truck named Whiplash. Mahon, originally from Sullivan, Ill., spoke with the Syracuse New Times about her path to monster truck driving, what it’s like behind the wheel and what’s in store for the Dome show.

How did you get into Monster Jam?

I came from over 20 years of motorsports experience. I raced professional motocross before this, and I raced dirt bikes my entire life. Then I had a career-ending injury in 2011 that put me into recovery for a couple years, so I was like, “I need some adrenaline back in my life!” I couldn’t go back to racing, so I started racing (micro sprint) cars. As we say in the motocross world, “With age comes a cage,” so I started racing dirt track. I live about an hour from everyone’s favorite veteran, Tom Meents, who drives Maximum Destruction. He heard about my racing experience and thought I’d be a good fit. I got to try out, and here we are four years later and I have my own truck.

Was motocross something you were doing as a child?

I started riding at age 3. I’m an only child, so I kind of had to be the tomboy and the girlie-girl all at the same time.

Was your family into this sort of thing?

My parents both raced for different sports, and all my cousins and uncles raced dirt bikes. So it was just kind of a thing we did as a family every weekend, and then it turned more into a career. I started traveling the country at a very young age, and I was living in a lot of different states for training. Motocross tends to take over your life before you know it, and we’ve had people that lived in motorhomes their whole life just to race dirt bikes. It’s a pretty cool sport.

What is it like behind the wheel of one of these trucks? It’s honestly the coolest adrenaline rush you could imagine. Everyone’s dream job is to drive a monster truck at some point in their life, I’m sure. I always explain to people who are coming to a show, “You’re paying for a whole seat, but you only need the edge.” That’s how we feel in the truck, too: We’re just as excited as ya’ll are.

How often do you have to practice your stunts?

You don’t practice at all?

Nope! Monster Jam is completely unscripted and unplanned. We get some initial training in the beginning, but other than that we don’t practice. We can’t risk wrecking the trucks up too much. That’s why some shows go better than others. Sometimes I have a really good weekend driving, and sometimes I roll over in the first five seconds. But that’s what makes for a good show, too, because you just don’t know what’s going to happen.

I saw a video of you landing your first backflip with your new truck recently, correct?

Yeah. I’ve been doing backflips (with the trucks) for a couple years. They’re very hard to land because the vehicle is so big. But when I landed that one at the beginning of this year, it was a pretty crazy feeling. I think anyone will tell you that was the biggest backflip to date as far as the height. It was insane, but the crowd loved it, we were all pumped up about it. (That backflip helped her take home a first-place win in the Championship Series freestyle event.)

I feel like there’s a stereotype that monster trucks is a male-dominated field. Being a woman, and now having your own custom truck as well, could you speak to your experiences with that?

I come from male-dominated sports my whole life, so I’m used to seeing that stereotype. But honestly, Monster Jam isn’t really like that. Women are taking over: We have women who are top veterans and winning championships. The cool thing is we get to compete on the same level as the men. There’s no “women’s class,” or “women’s division.” We’re right there. I’ve had so many dads come up to me and say, “My little girl didn’t come because she didn’t think girls could ride trucks. She thought it was going to be all boys.” Those girls turn out to be some of our biggest fans. We’ll see them every single year. It’s nice to be that face for someone to look up to and say, “I want to do that someday because you’re doing it.”

What can people expect from the show?

Like I said, they’re going to pay for the whole seat but they’ll never sit down once! Some people who have never been, they’ll come in thinking it’s gonna be redneck or country and all this negativity, and it’s not. It’s a great family entertainment show, and we’re here for the kids. We really try to cater to them. You’re not gonna hear anybody talking badly or anything like that. I call it organized chaos: It’s amazing to watch it unfold.

What’s the general structure for the show?

Our stadium events have 16 trucks, which is a lot of trucks. We start with a racing bracket and from there we go into a two-wheel competition, which is wheelies, bicycles, driving on the front wheels, sky-wheeling, pretty much anything goes on two wheels. And it gets very entertaining what some of these drivers come up with. Then we crown a winner and move on to freestyle, which is two minutes of pure chaos. People are flipping and crushing cars and rolling over and landing back on their wheels. It’s your chance to show everyone what you can do as a driver.

How are you feeling ahead of the Dome event?

I’m excited! It’s kind of funny coming right from World Finals (which ended March 24) because you’re still amped up from it, so you’re still driving like you’re there. So this show should be absolutely amazing.

Do you have any last things to add?

The cool thing that people don’t realize about me is I own a hair salon in Illinois. I sort of have a dual life going on, and people at the shows will go, “Wait, you do what? You don’t look like a hairdresser.” So that’s a fun little tidbit. I think that helps relate to people that I’m from a town of 300 people and I do hair, but I fly out every weekend and go around the world driving monster trucks. Anyone can do this, and I think that’s something we try to show people as a sport and as the drivers that if this is your dream, you can do it. It’s not one of those movie-star dreams.