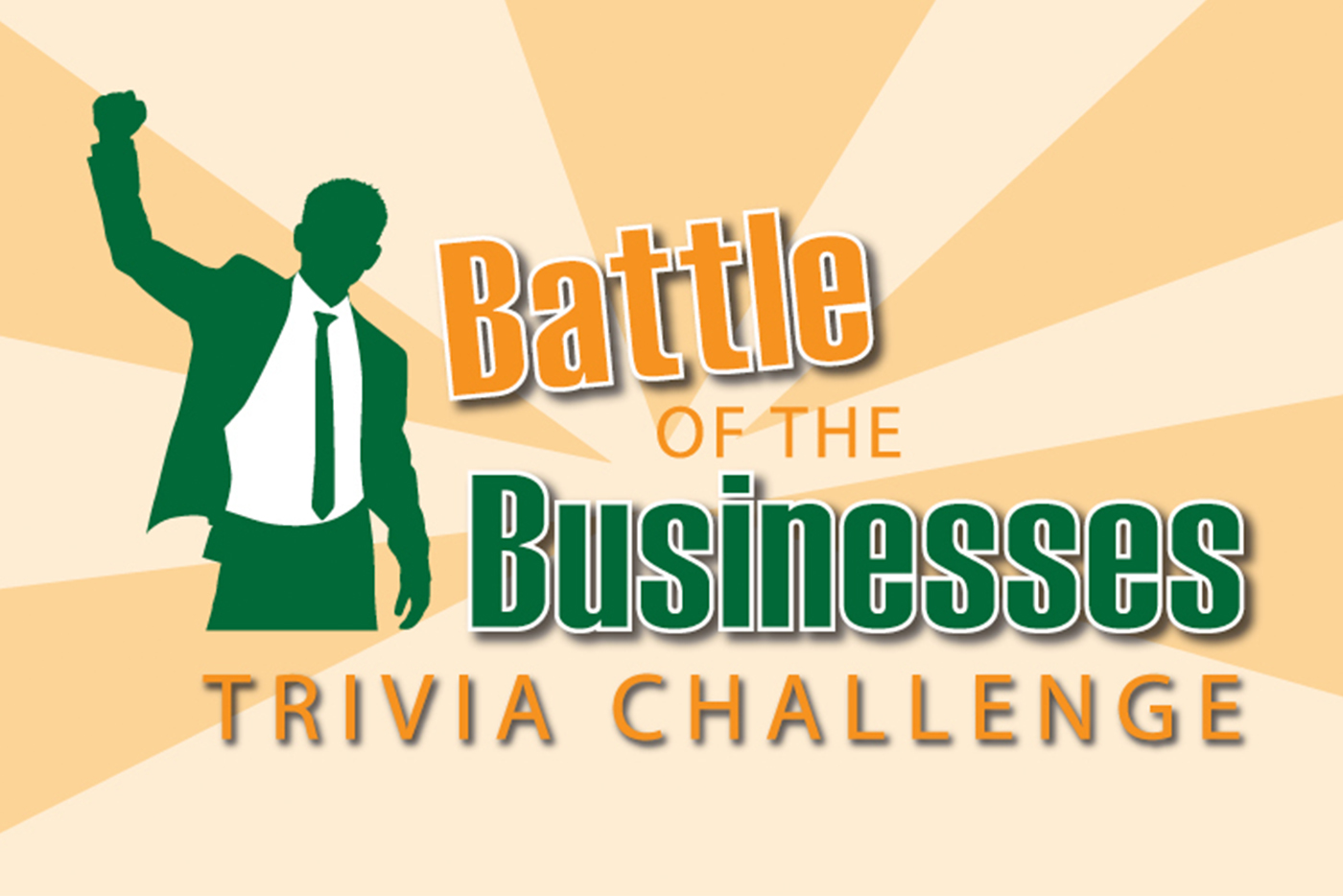 The effort to strengthen community mindfulness around Central New York may not be news to anyone, but the persistence and tact is continuous. The endeavors are also getting smarter. Consider Syracuse Trivia Company’s (STC) latest competition, Battle of Businesses, on Saturday, April 16.

The area’s largest trivia company, which currently hosts weeknight mental battles at 17 locations with plans to grow, maintains their initiative for bigger and better with this year’s challenge. Founder Brian Cocca and his brother, Dale, noted the upcoming special event follows last year’s attempt to set a Guinness world record for largest trivia game. While reconsidering to attempt to break the record again — despite not seeing the anticipated numbers, the event was a success in itself — the group is looking into doing more specialized outreach.

In comparison to the open-air Coleman’s parking lot, the SRC Arena on Onondaga Community College’s campus promises a larger space and protection from the rain. The cost to play is $200, and teams up to eight will sit comfortably around a table in a friendly, competitive atmosphere. The event is filling up, and the trivia hosts anticipate a late rush.

“We know from our last event that more people will sign up as the event approaches,” Brian Cocca said.

Taking action by getting people and businesses together gives a giant push to the company itself, which started in 2009 as a solo effort by Brian Cocca. The STC became official in July 2011, and its growth has made events like the Battle of the Businesses foreseeable; however, preparation is still a challenge. Checklists; letters to be mailed; and envelopes to be stamped and addressed sat in piles in front of the brothers. To coincide with a social media push, the good old-fashioned mailings and word-of-mouth serve their purpose.

“The first-ever of any event is an enormous amount of work,” Dale Cocca added. “We’re going to try to not overbook the amount of people.”

Come mid-April, the battle of knowledge will serve many purposes. It’s an obvious networking event. Seeing who is participating, greeting familiar faces and meeting new ones will certainly allow participants to mix and mingle in an event that they’re not used to. They also want to inspire a sense of belonging and for people to feel good about representing a company they love working for.

The brothers agreed: The goal of their business is to build community. Mondays through Fridays the STC hosts continue to develop and keep the niche of entertainment and games alive and kicking. Looking at the group’s social media outlets, there are definitely dedicated and hardcore trivia players.

Another reason for the event is to raise funds for the Boys and Girls Clubs of Syracuse. While business owners, employees and community members may see this as an opportunity to socialize, a significant portion will be going to the local nonprofit.

“When we first started hosting trivia, we asked people to bring nonperishable food items,” Brian Cocca said. He added that the response was overwhelmingly great, but being the sole trivia host at the beginning of the company proved to be a difficult task when having to haul all the goods over to St. Patrick’s food pantry. Most of the time, pantries are looking for monetary donations to buy fresh food and supplies.

“I wanted to help people who cannot help themselves,” Brian Cocca said as the reason for choosing to go with the current organization. “Most of the time it’s children.”

Dale added he looked into this further, and statistics say that 50 percent of kids living in the City of Syracuse are poor. Dedicating more to this organization seemed to fit the direction and values of the company.

At every trivia night, a jar is set up for a collection; $1 buys you a few points for your team. For Battle of the Businesses, $50 from every ticket bought will go to the nonprofit. STC is not looking to profit, as after the costs are covered for the event, the remainder will also be donated. The money from the raffles will all go to the clubs as well.

As simple as it is, promoting the Boys and Girls Clubs by word-of-mouth and exposing more community members to it is a reward in itself. They’ve asked representatives and members from the club to give a brief speech and help out in a variety of ways.

“When you raise money for kids, you give them opportunity … which will yield a better future,” Brian Cocca said.