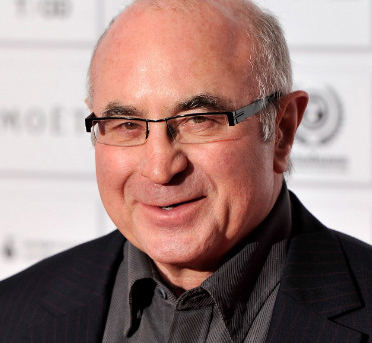 He seriously made his name acting with a rabbit

Movie fans should all bow their heads in tribute for the little British actor with very big chops.

Hoskins was 71. Time sure does fly.

The site screenrant.com reminded the world Wednesday how Hoskins left school at the age of 15. He got his first role when he accompanied a friend to an audition. “Mistaken for one of the actors trying out, he ended up getting the lead role,” the site says. Hoskins went on to become a hit in London stage and British TV.

In 1988, Hoskins scored the role of detective Eddie Valiant in “Who Framed Roger Rabbit” His fame was secured as a “memorable emotional tough guy with a sincere and warm emotional center,” says screenrant.

I always thought Hoskins could pass for Phil Collins’ older brother, too, actor and singer both doing it their way from the other side of the pond.

Here’s the link for the Bob Hoskins story

And now he’s a man

In July, the Richard Linklater movie “Boyhood” will be released.

Linklater, famous for directing the “Before Sunrise,” “Before Sunset” and “Before Midnight” trilogy, took a different tack for “Boyhood.”

He shot the film over 11 years.

The movie earned solid reviews at the Sundance Film Festival, including totalfilm.com’s praise “the joy of watching comes from sympathizing, connecting and reminiscing over life experiences we’ve all lived through ourselves.”

The movie clocks in at a sort-of-short 164 minutes.

Here’s the link for the Boyhood story