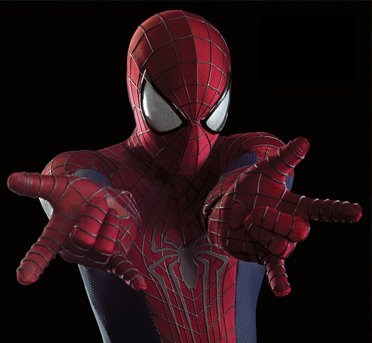 I crawled out from under my rock and went to see “The Amazing Spider-Man 2” this weekend.

I’ve not been plugged into the Spidey franchise. The closest I’ve come to a comic book in my adult years is chuckling over certain scenes with Leonard and Sheldon and store owner Stuart in “The Big Bang Theory.”

Sure, I enjoyed super heroes on inked pages when I was a kid, but I was a child of the D.C. Comics franchise, following Superman and Batman and their brethren in the Justice League of America, not Spider-Man and his colleagues with rival Marvel Comics.

And so I am not steeped in Peter Parker history, savvy in Stan Lee story lines nor able to spin comparisons between Tobey Maguire and Andrew Garfield as the main man and Kirsten Dunst and Emma Stone as the love interest.

All of which, I believe, allowed me to watch this fifth Spider-Man movie with no preconceptions.

I wish I had stayed under my rock.

The story, written by Alex Kurtzman and Robert Orci and directed by Marc Webb, left me yawning. Or maybe it was the tedious 142-minute length of the tale they spun. More likely, it was a combination of both.

We started this overlong adventure with Peter Parker’s parents trying vainly to save a vital digital message on a private jet while fighting off a very bad man. His father has to blow a hole through the side of the plane to suck the guy out. Talk about a tough download. Of course, they crash, leaving everything else up in the air.

Fast forward to Spider-Man fighting a bad guy trying to let off a truck full of bad chemicals while he’s on his way to the high school graduation of his non-superhero identity, Peter Parker.

Meanwhile his girlfriend, Gwen Stacy, is calling his before she’s set to take the stage to deliver her speech as valedictorian.

He vanquishes the villain, changes into cap and gown, makes it onto the stage in the nip of time to receive his diploma and bends his girl down for a soul kiss.

They were kind of giggly, and it was fun. It was the only scene in the film I truly liked.

From there, everybody was extremely serious about an evil corporation, a rocky old friendship, a supercharged new villain and a see-sawing love.

Too bad, because the Garfield and Stone actually had nice chemistry. Jamie Foxx was amusing as the misunderstood villain. Sally Field was comforting as Aunt May. Dane DeHaan showed a nice arched eyebrow as old friend Harry Osborn.

But all the good acting in the world couldn’t shake this story out of the cobwebs.

Bob Hoskins framed his fame as a cartoon detective
A garage? I’ll stay in jail
To Top