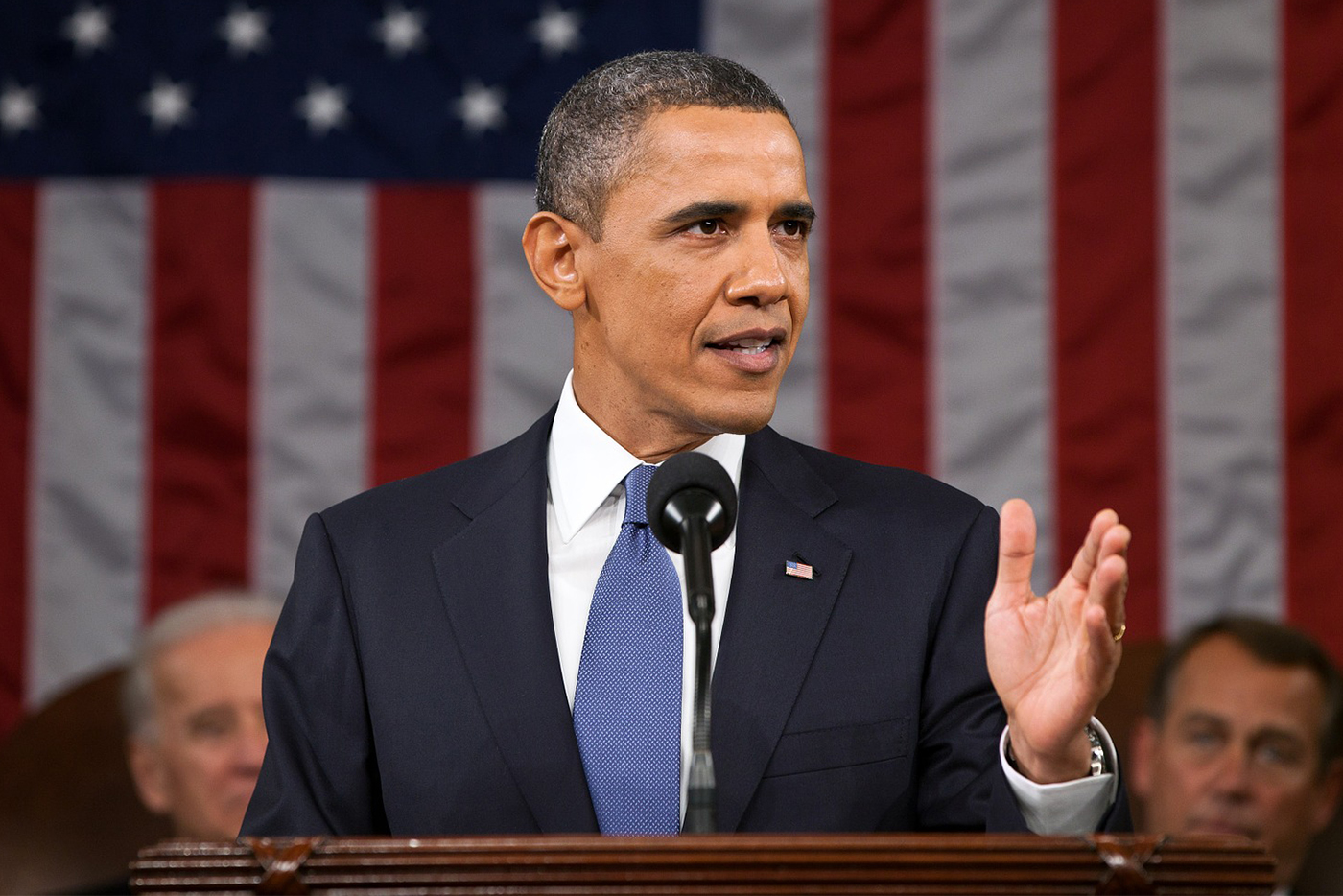 Last week, Donald Trump finally told the American people that he acknowledged Barack Obama was born in the United States and is therefore a legitimate beholder of the office of president. Period. Phew! Now we can all sleep easy. But the billionaire businessman could’ve just as well have said, “The sky is blue. Period.”

While Trump can probably credit the conspiracy regarding the president’s birthplace as partly responsible for his political uprising, and while it is appreciated that he has put the issue to rest, the fact that it became an issue at all and that it dragged on for as long as it did is both disturbing and ludicrous.

As recently as last Wednesday, in an interview with The Washington Post, he declined to say Obama was born in the United States, saying “I’ll answer that question at the right time. I just don’t want to answer it yet.” Whether that means he was still unsure or was simply waiting for the big moment when all the big TV networks would be aimed at him, it’s still a topic that never earned any warrant worth discussing.

The U.S. Constitution states any candidate for president must be 35 years of age, a resident within the United States for 14 years and a “natural born citizen.” That last part is the ammunition for the defense of those who firmly believe Obama is not a U.S. citizen. While the Constitution doesn’t clarify what “natural born citizen” means directly, the consensus has long been that it is anybody that has citizenship at birth and doesn’t have to go through a naturalization process to become a citizen.

Barack Obama was born on Aug. 4, 1961, in Honolulu, Hawaii, two years after the territory became the 49th U.S. state. His birth certificate and printed newspapers at the time have confirmed all of this. His mother was an American citizen. His father was from Kenya. Therefore, that means Obama is a natural born citizen. Even if he had been born in Kenya, as many claim, or any other country in the world for that matter, as long as his mother was an American citizen, Barack Obama was qualified in those regards to hold the highest office in the land.

The president has repeatedly referenced this attack against him throughout the years, both as a serious one and humorous one, telling reporters recently that “I was pretty confident about where I was born.” And one can understand why this whole prospect would bother him so. It’s a deeply personal insult for anyone to question one’s citizenship when it is blatantly clear and put out in the open for all to see. I doubt many people wouldn’t feel the same if theirs were inquired about.

But it’s more than that. It’s not just a personal insult. It was unquestionably a racist overtone to undermine a candidate who could become the first African-American president. Long before the age of Trump, most remember the issue was abundant during the 2008 campaign. Hillary Clinton supporters, though not the Clinton campaign itself, used it as a way to counterbalance Obama’s swell during the primaries. A few months later, Jim Geraghty of the conservative website National Review Online asked the Illinois senator to release his birth certificate.

Now, Obama is certainly not the first presidential candidate to face this challenge. Chester Arthur, Barry Goldwater and Mitt Romney’s father, George Romney, all had their citizenship questioned during their individual White House runs. Indeed, former Republican candidate Ted Cruz faced the same onslaught, battling lawsuits in several states to put him on the ballot during this year’s primary season. Cruz was born in Canada. Like Obama, his mother was an American citizen, his father wasn’t. And like Obama, Cruz was cleared, as he should’ve been, to run for president.

The difference between Obama and those other examples is, one, the others were white, and two, the others’ challenges were either short lived, or hardly made it into the discussion of the campaign. The difference is, eight years after being elected and with no evidence to support any different conclusion, we are still talking about Obama’s birthplace. If we need any other convincing, let’s not forget that Obama’s own 2008 rival, John McCain, was not even born stateside. He was born at Coco Solo Naval Air Station in the Panama Canal Zone. While there was a small discussion regarding his ability to run, it was settled without much fanfare. And it certainly wasn’t John McCain that Trump was talking about last week.

President Obama is certainly worthy of criticism. He is certainly worthy of harsh review for his policies and actions over his tenure as leader of the free world. He’s far from perfect. Anyone in this country has the right to agree or disagree with that. But there can be no dispute about where he was born and to whom. In his acknowledgment announcement, Mr. Trump said regarding the Birther Moment, “I finished it.” The fact is, he finished it for him. The rest of the country finished it long ago.