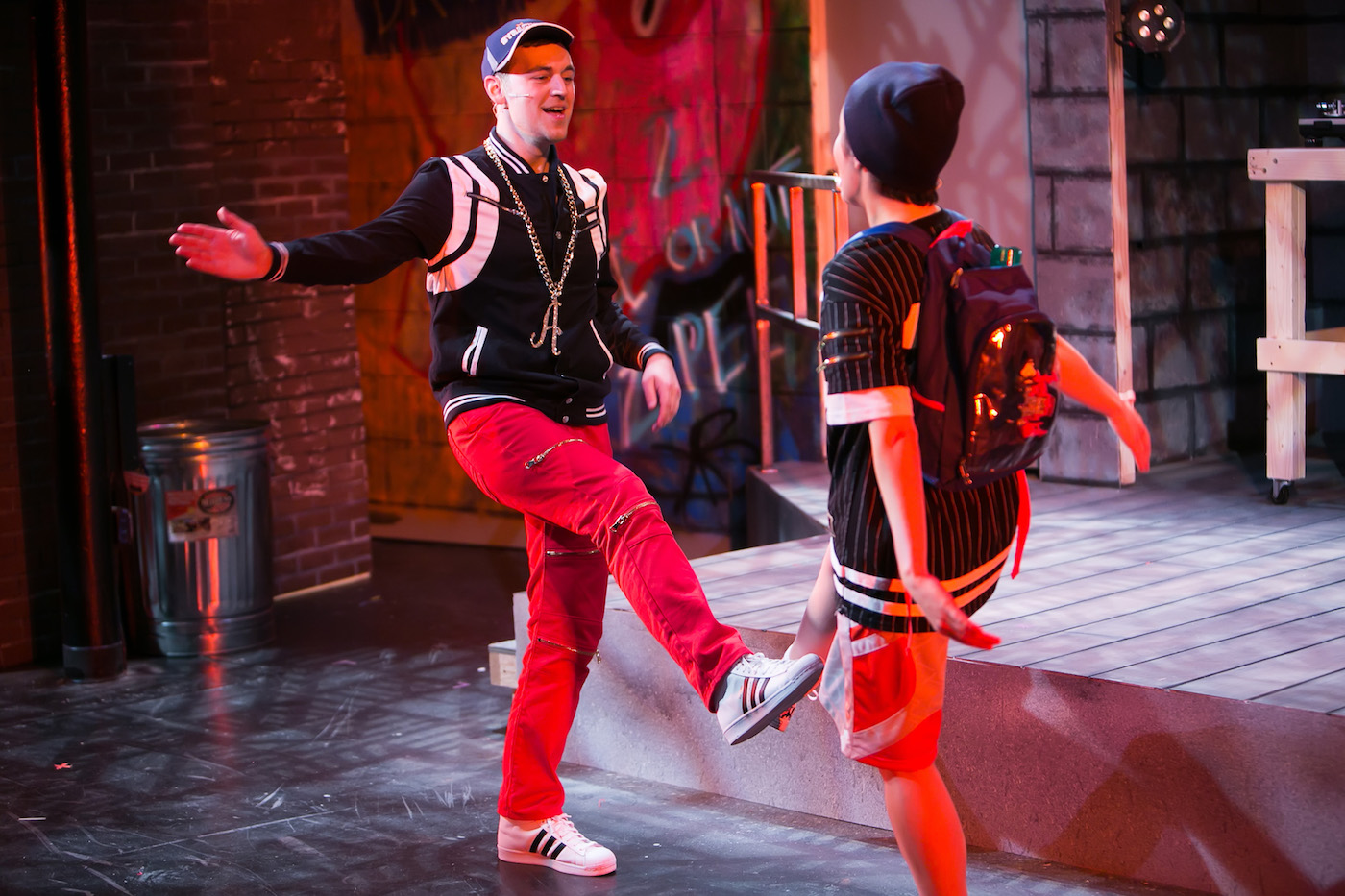 One show illuminates the other in Redhouse’s double feature.

One of the ambitious projects of the previous Redhouse Arts Center’s artistic administration was to run two shows simultaneously in tandem, usually on nearly the same set with much of the same cast. Hard work for everybody. The point was to have one show illuminate the other, to have the audience discern themes and motifs from one that turn up in the other, even when it was a stretch.

The new administration wants the cast and crew to work insanely hard, but it has cut the logistics. One director, Ben Liebert, has been invited up from New York City, along with four high-energy, young but experienced people, augmented by one local performer. Over two nights they never take a breath, and neither can you.

Outwardly, The Bomb-itty or Errors and The Complete Works of William Shakespeare (Abridged), both running through May 20, appear to have much in common, because they’re irreverent spoofs of the Bard and were written by committees. Abridged, by Adam Long, Daniel Singer and Jess Winfield, originated at West Coast renaissance fairs in the 1980s. It’s gentler and loopier, calling for more interaction with the audience. Jordan Allen-Dutton started Bomb-itty with a bunch of New York University graduate students, working up a 90-minute bombshell that opened off-Broadway in 2001.

Both productions run at a furious pace, requiring all players to withstand constant costume changes, depict both genders, all ages and quite an assortment of ethnicities. Both follow something like a script yet invite improvisation. As a sign of the times, that includes at least one Donald J. Trump imitation, from the least likely member of the troupe.

As Complete/Abridged has been done perhaps 10 times on the Syracuse New Times beat, the ensemble faces more of a challenge with it. Unlike other versions, this one comes with classier props and scenery, which might have been a hindrance to the show’s scruffy irreverence, but are not. Although the entire corpus is at least touched upon (not Coriolanus because of the “anus”), the two works getting the most attention are Romeo and Juliet, occupying the first 20 minutes or so, and Hamlet, which expands with improvisation and audience interaction to occupy the complete, post-intermission second act. 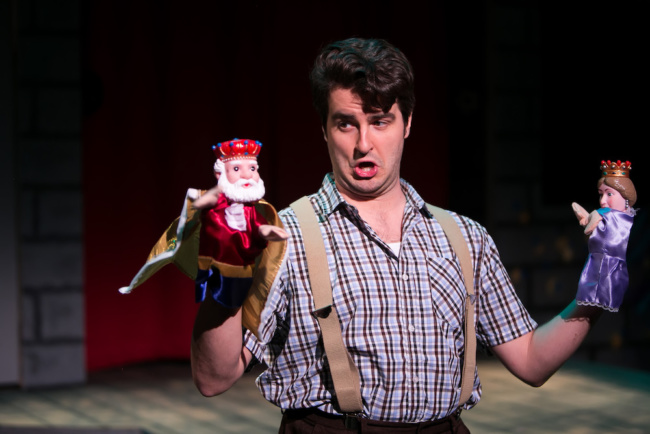 Whereas some local productions have labored under the delusion that madcap action is a worthy undertaking for well-intentioned amateurs, this Redhouse production proves what dazzling brilliance can be wrought from familiar material by disciplined professionals. Thin, shortish Raquel Chavez, dark-browed Richard Lafleur and tall Jeff Ronan may never have worked together before, but they coordinate tightly as an ensemble, just as a team of gymnasts or tumblers would, always attuned to each other’s timing. They make this show the most uproarious Complete/Abridged ever seen in these parts.

Two other players join in for The Bomb-itty of Errors, the rap musical version of The Comedy of Errors, Shakespeare’s silliest comedy. One is Donovan Stanfield, the only local performer on stage, as the disc jockey. This means he is removed from the action and sits upstage behind a counter holding a turntable. Stanfield is essentially playing himself, but in some of his few speeches he masters the jackhammer rap rhythm as well as the various sound effects that come from scratching an LP recording or turntabling.

Also on hand is Magdalyn Donnelly, who weaves in seamlessly with the three players from Complete/Abridged. In Bomb-itty she is one of two twin masters named Antipholus. The other is played by Jeff Ronan, yes, a guy, as if we did not notice. To keep them separate in our minds, Donnelly’s Antipholus is supposed to be linked to the city of Ephesus, whereas Ronan’s is from the ancient Syracuse on Sicily. Ronan’s Antipholus helpfully wears a hat emblazoned with orange letters spelling out our city’s name.

The look-alike, twin servants named Dromio both work for masters named Antipholus. The one assigned to Syracuse (Raquel Chavez) wears a blue knit cap with an orange S, while the other one (Richard Lafleur) has no such signifier. He wears clothes that look much like those of Chavez’s Dromio. And we just overlook that they are of different genders. But there will be more of that.

The verse of rap lyrics is meant to be performed, and it is here, in an almost ritualized fashion. Through the verse exposition we’re supposed to follow complicated intrigues about the payment of ransoms and unfulfilled ambitions. Don’t worry about following all those. The plot of the original is so confusing that actors performing it have been known to need a steady supply of strategically placed Post-It notes to stay on track.

Bomb-itty of Errors has been performed elsewhere in town, but it gains from the Redhouse’s up-close-and-personal venue. Benjamin Kramer’s atmospheric, graffiti-covered set looks so authentic it might have been dragged in from nearby.