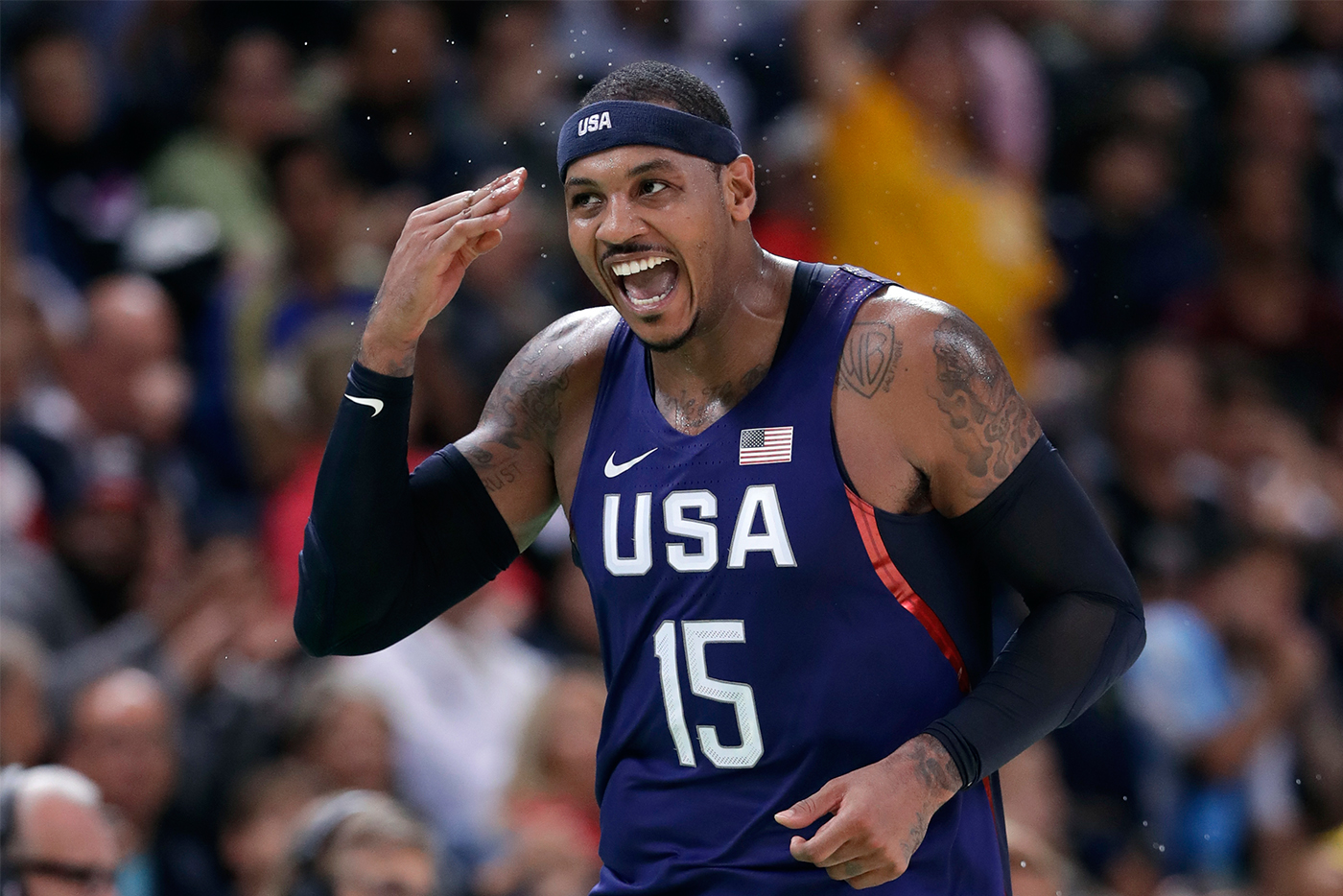 Carmelo Anthony continues to dominate in the Olympic Games.

In a matchup that saw Team USA meet its most formidable foe yet, Olympic veteran and former Syracuse star Carmelo Anthony came up clutch against a fierce Australia squad.

With an outpouring of 31 points, including nine 3-pointers, Anthony led the way in the game’s final minutes to a comeback victory after his team trailed at half time for the first time since 2004. At 6 feet 8, Anthony played power forward against the Aussies, a position he excelled at on offense by beating his bulkier defender with his quickness and agility.

“Offensively, the way we play, we space the court,” Anthony said after the game. “You might find yourself in any position out there, any spot on the court. But defensively it’s definitely a challenge going up against those traditional 4s and 5s, having to bang out there. (Aron) Baynes is a big fella. He’s a big guy, a real physical guy down there in the paint. (Andrew) Bogut is a physical guy down there in the paint. I enjoy all the matchups regardless if I’m guarding somebody on the wing or I’m guarding a traditional bigs like you said. I enjoy the challenges. I take those challenges. I accept them.”

It has been quite the Olympic Games for Anthony thus far. In addition to leading his team to victory against Australia on Wednesday, he broke the all-time scoring record for the U.S. Men’s Basketball Team, passing LeBron James. Anthony also holds a multitude of other Olympic records for Team USA, including most points in a game, most 3-pointers made in a game, most free throws made in a game, and most 3-pointers attempted and made ever. Because of his global dominance, his Olympic head coach, Mike Krzyzewski, media outlets and even his peers have given Anthony high praise for the accomplishments he’s made internationally.

“I want to congratulate (Carmelo),” Krzyzewski said after Wednesday’s win. “We’ve had great, great players and great teams play for the United States. Tonight, Carmelo set the record for most points scored by a U.S. player career-wise. His commitment to USA Basketball and to international basketball. Really, he’s one of the best players in the world but over this last decade has proved to be one of the best international players in the world.”

Though a third gold medal is well within reach, his lack of success in the NBA’s postseason has been a topic of conversation as his career has progressed, only making the conference finals once with the Nuggets in 2009. On Thursday afternoon, however, during an interview with ESPN, Anthony expressed his contentment if he were to finish his career with no NBA championships while possibly having three Olympic gold medals under his belt.

“Most athletes don’t have an opportunity to say that they won a gold medal, better yet three gold medals,” Anthony said. “I would be very happy walking away from the game knowing that I’ve given the game everything I have, knowing I played on a high level at every level: high school, college, won (a championship at Syracuse) in college and possibly three gold medals.

“I can look back on it when my career is over — if I don’t have an NBA championship ring — and say I had a great career.”

After his affair with the Olympics is complete, Anthony will return to an all-new New York Knicks team featuring former MVP Derrick Rose and former All-Star Joakim Noah. With his new cast of teammates, Anthony and the Knicks figure to contend for a playoff berth in the Eastern Conference, though it will be an uphill battle if Anthony hopes to win that elusive championship with LeBron James and the defending champion Cleveland Cavaliers blocking his way.

Anthony continues his quest for a third gold medal with Team USA in day one of the preliminary round on Friday against Serbia at 6 p.m.

A Walk-up in the Park
Photo Gallery: The Inn Between Restaurant’s Sunflower Maze
To Top