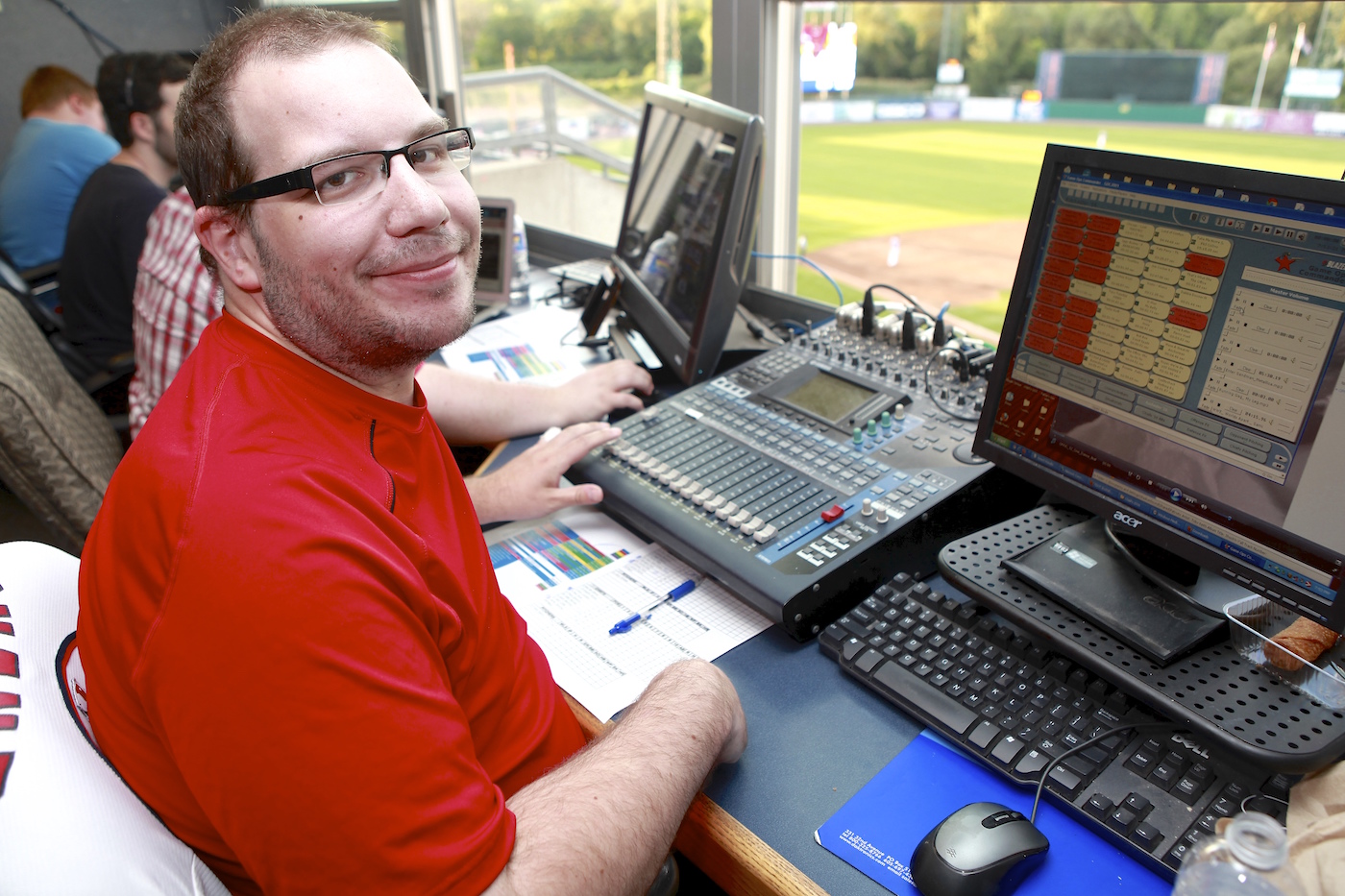 A Walk-up in the Park

Whenever a professional baseball player enters the game, his walk-up song is played over the stadium sound system. As a pitcher takes the mound or a hitter approaches the batter’s box, he hears the sound of his own chosen track. For some, the music helps pump them up, and for others, it’s simply a personal favorite. 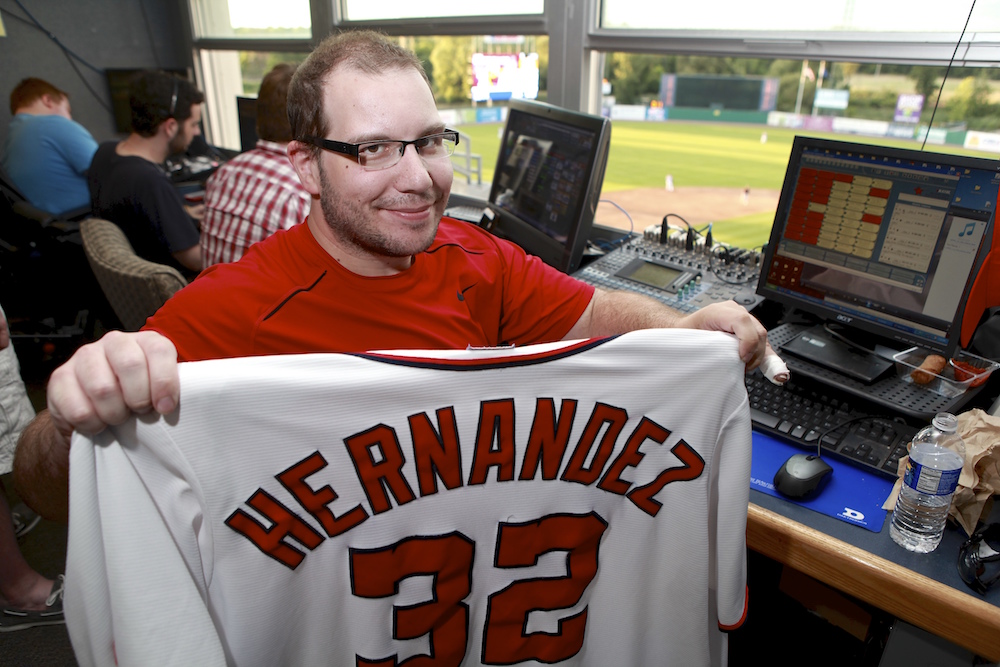 At NBT Bank Stadium, the Syracuse Chiefs’ in-house disc jockey, Jeremy Hernandez, aka DJ Double Play, programs the players’ walk-up music. Hernandez plays music chosen by each Chiefs player to get him into a groove.

International League All-Star shortstop Trea Turner, often described as a ballplayer with a bright future, requested “Look Ahead” by Atlanta rapper Future. The song’s intro, which is all we get to hear before Turner takes his swings, features a chirpy female chorus singing, “The way we go, go, go, go, go, go, while they laugh and shake their head.”

On the other hand, when opposing players make their entrances, DJ Double Play will spin songs that won’t necessarily inspire them.

“I’m fully responsible for visitors’ music, too,” Hernandez says. “Sometimes I’ll make a play on their name or hometown. Other times it’s a ‘theme’ or something a baseball player generally wouldn’t get pumped up with.”

For instance, when a Southern-bred reliever recently warmed up before facing the Chiefs, DJ DP pushed the button for “Cotton-Eyed Joe.”

“I’ve made exceptions for returning former Chiefs to usually play their old walk-ups a couple times during a series,” Hernandez says. When ex-Chief Eury Perez stepped up to the plate for Durham, DJ DP spun a version of the pop song “Back Together.”

Former major-leaguers such as Scranton/Wilkes-Barre RailRider Nick Swisher generally get their big-league walk-up song out of respect. “But I’ll usually zing them during a series, too,” Hernandez says. Last time the RailRiders were in town, he played Swisher singing “Proud Mary” from a children’s album Swisher had recorded himself.

In fact, three of the best walk-up songs hail from south of the border: catcher Pedro Severino’s “Tu Vecino” (“Your Neighbor”) by reggaeton artist Atomic, catcher Jhonatan Solano’s sprightly “En El Cielo No Hay Hospital” (“There is No Hospital in the Sky”) by songwriter Juan Luis Guerra, and pitcher Paolo Espino’s celebratory “Ella Es Mi Fiesta” (“She is My Fiesta”) by composer Carlos Vives.

Here’s a selected list of other Chiefs walk-up songs this season.

Ticket prices at NBT Bank Stadium range from $6 to $12, and parking costs $5. Visit syracusechiefs.com or call 474-7833 for information.

All Chiefs games are broadcast live over WSKO-AM 1260 (The Score) and online at thescore1260.com, with play-by-play announcers Kevin Brown and Eric Gallanty. 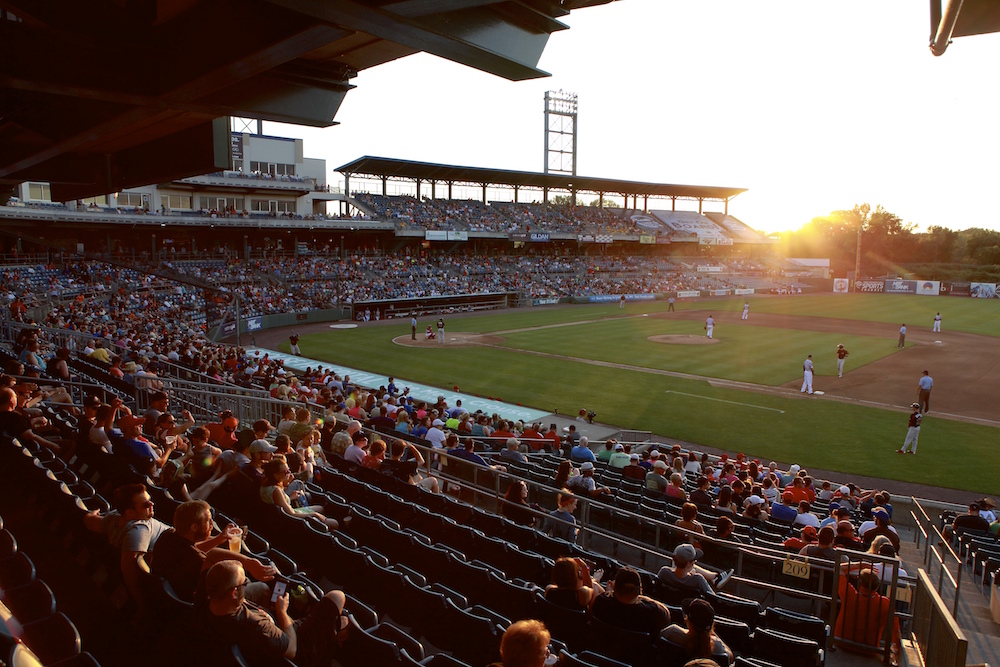 On Aug. 2, after the Syracuse Chiefs had lost three straight to the Buffalo Bisons over in the Queen City, the Onondaga County Legislature came to their rescue. The county lawmakers voted 13-2 in favor of awarding the Chiefs a new lease on NBT Bank Stadium.

The lease, with its expiration date extended from 2022 to 2026, will keep the team here for the next 10 years. The Syracuse farm club is affiliated with the Washington Nationals.

The new lease hikes the ball club’s rent from $136,000 to $200,000 while the county agrees to take over utilities and field maintenance, previously paid for by the Chiefs.

Legislature Chairman Ryan McMahon sponsored the law. “We have one tenant,” McMahon told the legislators. “We’re deeply intertwined with the baseball team. And without that tenant, we will fail.”

Chiefs general manager Jason Smorol, who has been running the franchise since October 2013, thinks the lease terms and especially its extension will help preserve professional baseball here.

“We’re very happy to come to a mutual agreement with the county that helps keep the Chiefs in Central New York,” Smorol said. “This is a win-win situation. It provides the Chiefs with some relief we can use to continue our growth while at the same time it keeps all the good things that come with having a Triple-A baseball team in our community.”

The Chiefs have been playing pro baseball here since 1934.

Although located in one of the smallest markets of any Triple-A team, the Chiefs recently escaped the cellar in attendance standings, jumping ahead of the Gwinnett Braves. Syracuse is now averaging nearly 4,000 fans per home game.

Smorol’s relentless promotions team has kept the crowds coming despite the club’s last-place status this season. Frills like fireworks, Dollar Thursdays, Bark in the Park and healthy 50/50 raffles give fans plenty of other incentives to buy a ticket.

“We’re one of, if not the, smallest markets in all of Triple-A,” Smorol said. “The Chiefs pump millions of dollars into our community, plus we are a great source of civic pride. This (new lease) deal is a major step to keep this team right here where it belongs.”