Hard-driving, relentless, inspired and never generic in nature, Nick Moss’ 2011 Blue Bella Records release, Here I Am, offers listeners an opportunity to enjoy the Chicago guitarist’s continued evolution as he prepares a return to the stage of the Dinosaur Bar-B-Que, 246 W. Willow St., on Thursday, Dec. 19, 9:30 p.m.

With a new album set for next spring, and following an ambitious tour that saw the Nick Moss Band making stops in Utah, Colorado, Arizona, California and Florida, among others, Moss said fans both new and old can expect more of the same.

Moss, a bassist-turned-guitarist and frontman, first hit the Chicago scene backing blues legends such as Jimmy Dawkins, Willie “Big Eyes” Smith and the Legendary Blues Band, and Jimmy Rogers. While such a resume might lead one to think of Moss as a blues purist, he has “more recently widened his scope, stretching himself and challenging his devoted audience with ingredients from soul music, rhythm and blues, funk music, and a little bit of rock and roll,” according to a Blue Bella Records news release. 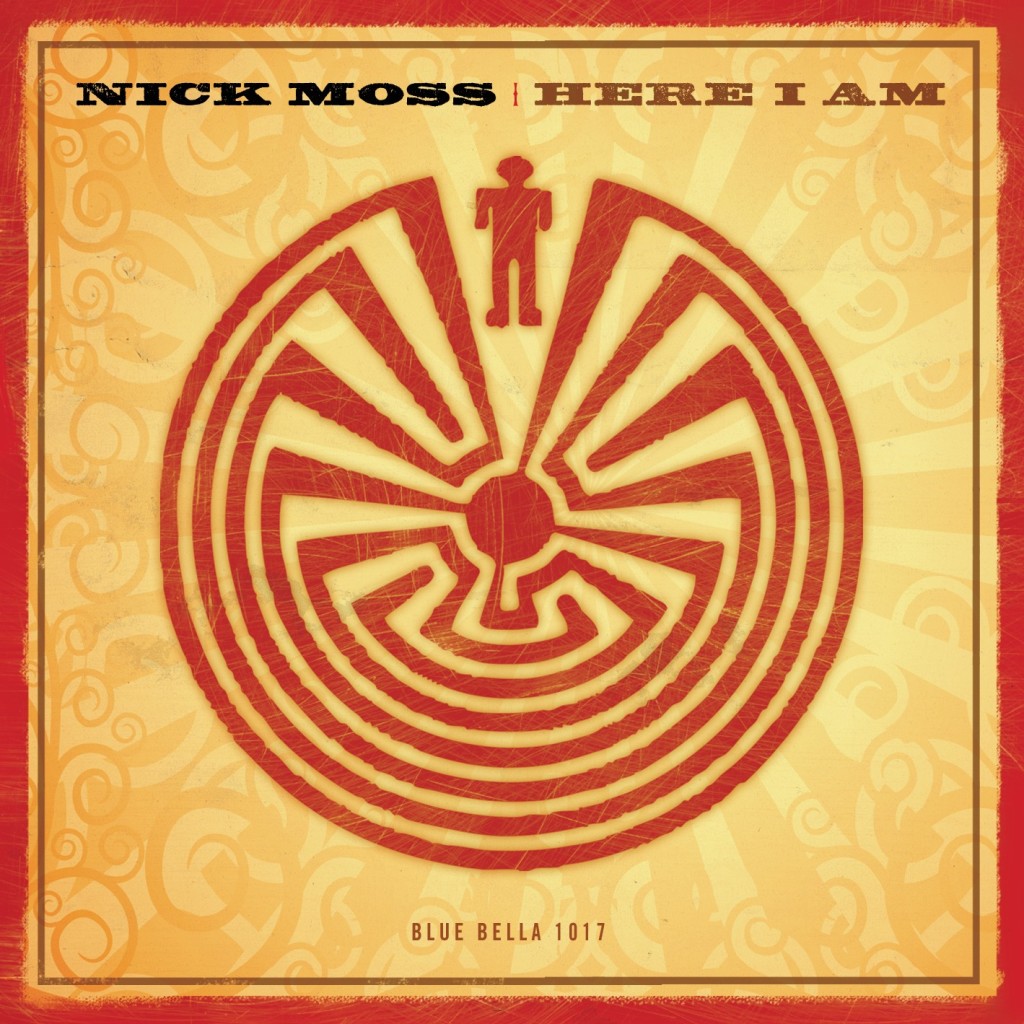 Nick Moss. Here I am.

Those looking for proof need only spin Here I Am or 2010’s Privileged, nominated for three Blues Music Awards, not to mention Moss’ work with the Flip Tops between 1998 and 2009. Said blues legend Jimmy Thackery of Here I Am, “Nick is at it again, pushing the evolution of his music, stylistically as well as sonically. The tunes are genuine and intense.”

It’s Moss’ refusal to cater to any type of conventional, three-minute radio format that sets him apart. Easily half the tunes that make up Here I Am clock in at more than five minutes; several push eight and even 10 minutes. It’s obvious Moss is comfortable taking his time and letting the music breathe, with tracks such as “Why You So Mean?” “It’ll Turn Around,” “Caught By Surprise” and “Katie Ann (Slight Return)” gaining some serious momentum as they move forward.

“I guess I must be a deejay’s worst nightmare, because I don’t have that three-minute song,” laughed Moss from the road during a recent phone interview. “I always like to say that I give the people their money’s worth.”

Growing up, Moss said he discovered the blues both in his own back yard (figuratively speaking) and at home, thanks to his mother’s record collection and influences that included Free, Jimi Hendrix, B.B. King and Muddy Waters. More recently, Moss said, it was hard to name a specific artist he and his fellow band members were enjoying, adding that he has a number of friends in the music business doing the same thing he’s been doing: working the road and continuing to leave his mark on the music he loves.

“For me, anyone who does anything with heart and soul, that has that organic quality to the music where you know it’s coming from the right place, I’m a fan,” he said.

As for the future of the blues, the guitarist said he didn’t know specifically what it will take to keep the genre relevant, adding that “as long as there’s someone out there doing it,” the blues will continue to thrive.

“The history of the blues, the records, that will never die, that’s just the way it is,” he said. “There’ll always be some kid like me or like the guys in the band finding B.B. or Muddy and wondering who they were influenced by. That will never die.”

Nominated for 16 Blues Music Awards over the course of his career, Moss added that it’s humbling to be mentioned in the same breath as some of his musical heroes. “To be named in the same category as a Buddy Guy or a Magic Slim, you must be doing something right.”

Joining Moss on his most recent tour and the forthcoming album is guitarist and vocalist Michael Ledbetter, a descendant of the legendary Huddie Ledbetter, aka Lead Belly. Ledbetter, said Moss, was responsible for the arrangement–and performance–of the backing vocals on Here I Am and is an “electrifying new talent.”

Moss also can’t wait to return to one of his favorite venues. “I’ve played the Dinosaur many, many times,” he said. “I’ve been playing that room since I was with Jimmy {Dawkins} back in the early 1990s. We always enjoy coming back there, and we’re looking forward to hanging with everyone and having a great time.”