Last year the 6-year-old Rockin’ the Red Cross fundraiser took new shape when it morphed into Rockin’ the Redhouse. Bill Hider, chairman of the Redhouse board of directors and head of the fundraiser committee, realized that the transition year was tough for everyone. But this year’s event is stronger than ever.

“It’s a fun event,” says Hider, who expects between 1,000 and 1,200 people to turn out. “The companies are very excited about it. One just had a pep rally for the band. They set up and played nine songs and employees voted on the best three to play at the event. Others are making T-shirts with the band name on it for the audience.”

That will play into one of the categories for judging – audience participation – but other awards will be given for best male and female vocalists, best instrumentalist and best look. Whoever is named best guitar player will also get to draw the winning raffle ticket for a Stratocaster (donated by the Guitar Center) valued at $1,050.

“Last year was a transitional year, but we made some money and everybody had a great time,” Hider says. “The Red Cross is a more familiar name, but money also goes into the Redhouse’s general support fund and toward the Rock Camp in the summer for teens. We use some of it for scholarships for inner-city kids and other programs.”

The Redhouse Rock Camp has become an increasingly popular program in its four years of existence. Kids ages 14 to 18 join for three weeks of musicmaking where they don’t just learn how to play, but how to rock with others. The sold-out camp has become so popular, they added another camp, Little Rockers, for kids ages 6 to10. They’ve also made three different levels of Rock Camp so returning kids can move up in the ranks.

“Forty percent come back,” Hider says. “And some of the kids who started four years ago are now interns helping the Little Rockers.”

A Rock Camp band will also perform at the Rockin’ the Redhouse event. “When they played last year, someone from one of the companies asked who the singer was so they could hire her over the summer,” Hider says laughing. “They wanted her to be eligible to play in their band next year.”

The event will be hosted WNTQ-FM 93.1 (93Q)’s Ted Long and Amy Robbins. Winning bands will get an evening at the Redhouse where they can invite 100 friends and perform. Second place gets a six-hour recording session.

Hider also says that “everybody who attends the event gets a one-year membership to the Redhouse. A membership is worth $35 and that means discounts on the café, all events, the newsletter and invites to special events.” 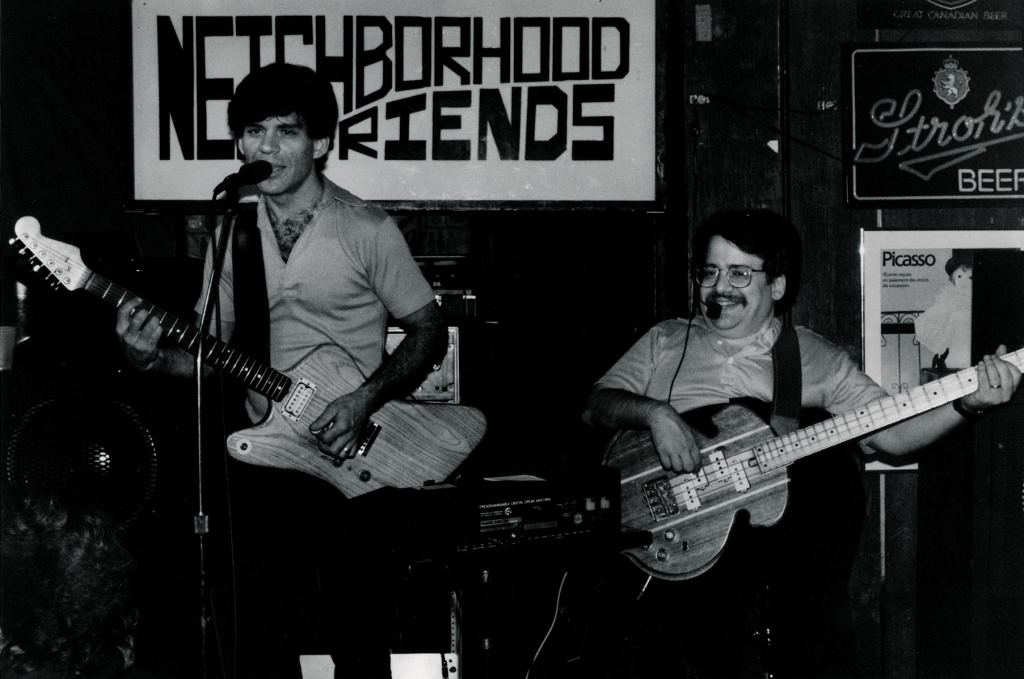 On Feb. 16, the Syracuse music scene lost not only a great player, but a great spirit. Michael Casale was often seen on stage with Irv Lyons and Bobby Green before that, laying ever-funky bass lines down and smiling all the while. Although he suffered from spina bifida, he didn’t let the condition interfere with his life.

“I think the first time I saw him he was groovin’ on the dance floor at a Fabulous Ripcords gig just like anyone else,” Lyons recalls. “He was gettin’ down with a woman and she liked him. He had a big old smile. There was no way you weren’t gonna like Mike. There was light all around him. He was just too good to be true. It’s the way he was.”

Casale, who had also been an office manager at Beat Street Music, died at age 64 after being hospitalized with pneumonia.

“I loved his playing, but I loved his spirit more,” Lyons says. “I loved his zest for life. He was a class act all the way around and loved life and loved art. He embraced it all and didn’t do anything half-assed. He put his heart into everything he did. He was everyone’s brother. He was a music icon and all the musicians loved seeing him. He was an inspiration and music was good medicine for him. He’s gonna be missed.”

Watch for a spina bifida benefit show in Casale’s honor this fall.