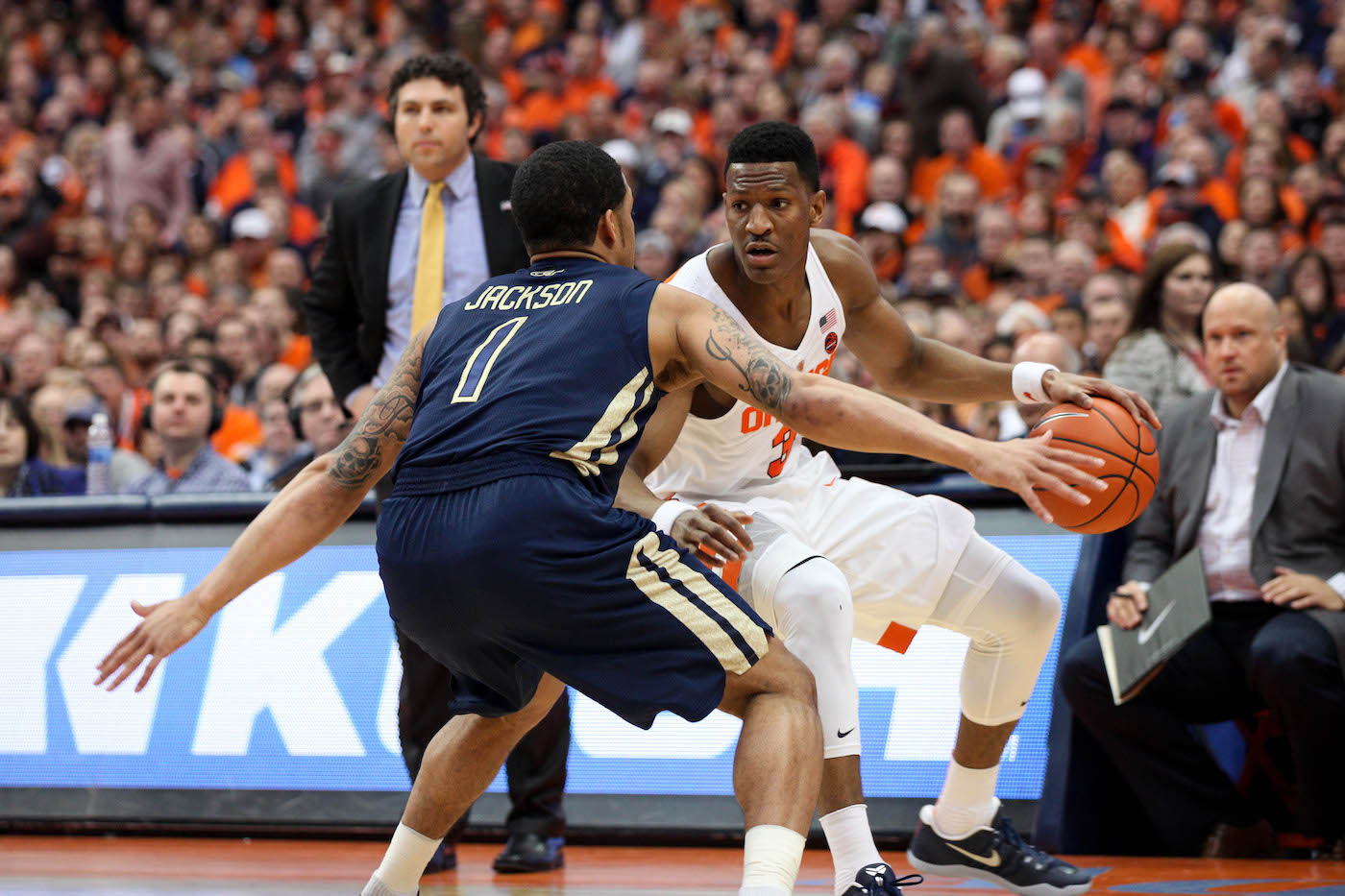 Andrew White III made quite an impression on Syracuse basketball fans in his first an only season donning the Orange jersey. During the 2016-17 season, White lead the team in scoring with 18.5 points per game, as well as in minutes played with 37.2 per contest. White also broke the Orange single-season three point field goal record with 109, a record previously held by now-assistant coach Gerry Mcnamara.

And those are just a few of the accolades White earned in his short tenure.

Due in part to his smooth shooting stroke and his ability score the ball off the dribble, White was one of the most efficient scorers in the NCAA last season. His performance during the season earned him a visit with half of the teams in the NBA to work out for them during the pre-draft process in the spring and early summer.

In the spring, White worked out with Pure Sweat Basketball CEO Drew Hanlen and his team to prepare for the NBA. Pure Sweat is a player development program that has worked with NBA players such as Dwight Howard, Bradley Beal, Andrew Wiggins and former Syracuse guard Tyler Ennis, among many others.

While working with Hanlen, White stayed in a house in Raleigh, North Carolina, with a handful of other draft hopefuls to train, eat and live together. His roommates included Duke’s Jason Tatum, Kansas’ Frank Mason, Georgetown’s Rodney Pryor, SMU’s Semi Ojeleye and North Carolina’s Tony Bradley.

In collaboration with Whistle Sports, Pure Sweat put together a series of videos on what is known as the Hoops House to showcase what the players went through to prepare for the NBA. View all four episodes below. The NBA draft begins Thursday, June 22, at 7 p.m. on ESPN.

Should Targeting Police Be A Hate Crime?
Project Blue Book Origins — Part 1 of 3
To Top