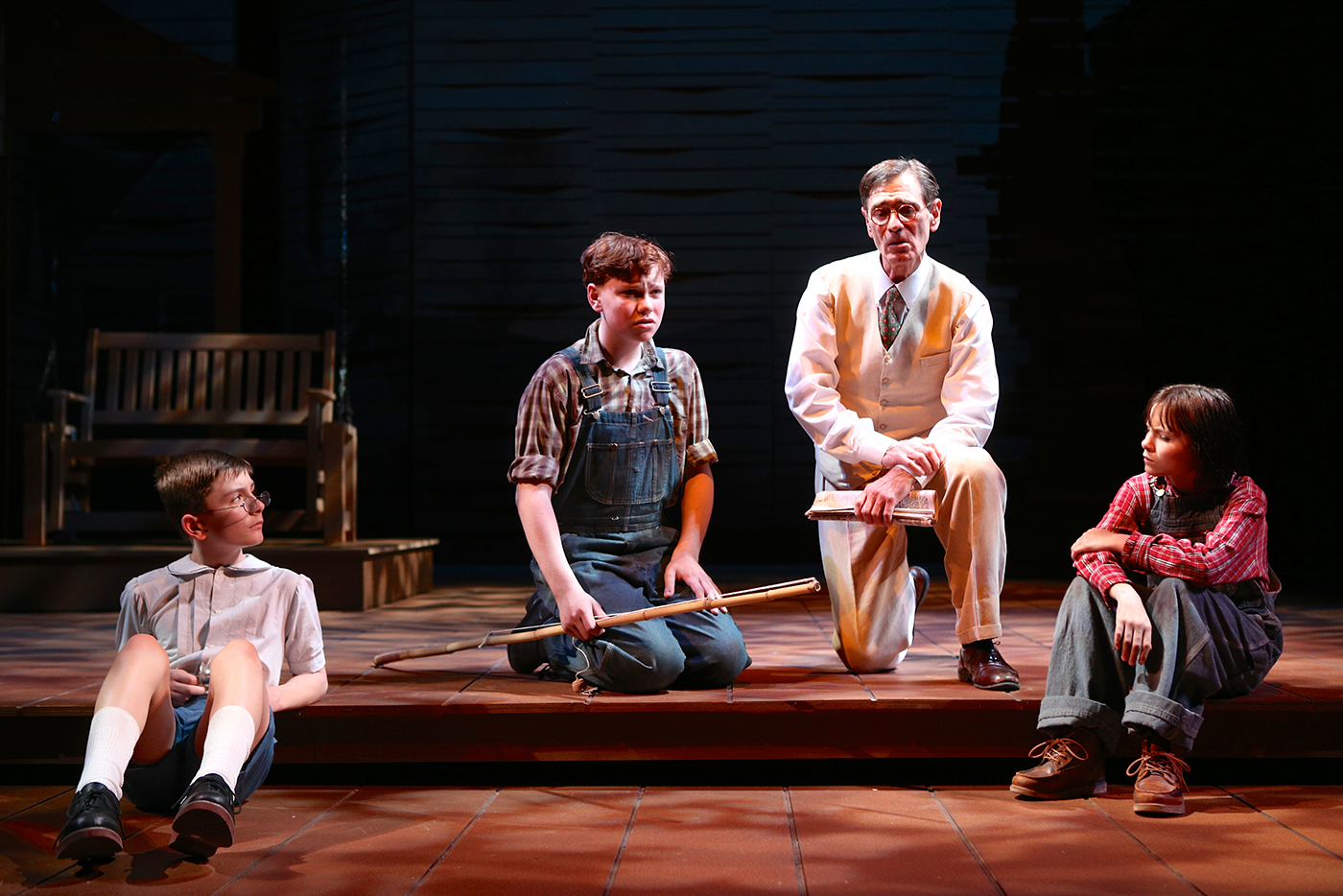 The performances in Syracuse Stage’s “To Kill a Mockingbird” outweigh its abundance of physical space.

Audiences enter a production of To Kill a Mockingbird thinking, rightly or wrongly, that they know all its secrets. Harper Lee’s 1960 Pulitzer Prize-winning novel has been read so frequently and studied so thoroughly that there’s hardly an adult American who does not, for example, know the identity of Boo Radley.

Popular admiration for the noble defense lawyer Atticus Finch is so great that countless families have named their sons for him. At least until last year. When we enter Syracuse Stage’s production of Christopher Sergel’s adaptation of Mockingbird, we expect to execrate the outrages of our Jim Crow past but feel elevated that one Alabama lawyer rose above the moral muck.

Sergel’s 1970 stage version is not the book, although it is clearly influenced by Horton Foote’s Academy Award-winning script for the 1962 Gregory Peck movie adaptation. So we can dismiss last year’s bombshell revelation that Lee’s original draft of the story, Go Set a Watchman, presents a vastly different characterization and tone. Even though, assuredly, it is on everyone’s mind. Atticus Finch’s words are still inspiring. 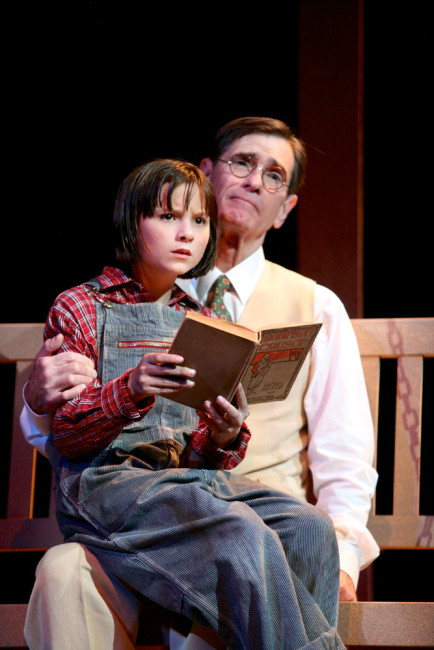 More pertinent is Malcolm Gladwell’s 2009 article in The New Yorker, calling out author Lee’s links to progressive segregationist (not an oxymoron) Alabama Gov. Jim Folsom. He thought an enlightened administration could save separate-but-equal. Gladwell, who is of mixed race, is troubled that blacks rarely get to speak in their own voices in the book, and questions its high place in the hearts of those championing racial justice.

Director Timothy Bond scheduled To Kill a Mockingbird last year before the Watchman news broke, and in his curtain speech reaffirmed its high place in his personal pantheon. His casting of several veterans of the Oregon Shakespeare Festival, his former artistic home, indicates that he was looking for performers embodying his own vision.

This works well with Mark Murphey in the most important role, that of Atticus. Banished is the ponderous Lincolnesque Atticus of Gregory Peck, a much loved performance that landed Peck’s image on a commemorative stamp. Bond and Murphey want us to hear the familiar lines anew, as if for the first time. Murphey walks with a lighter tread. The gloss of the title on the taboo against killing the gentle mockingbirds is more effective when it is not preceded by a drum roll.

Similarly, Murphey’s Atticus has a refined sense of fatalism in exposing the trumped-up charges against innocent non-rapist Tom (Landon G. Woodson). He is determined that the truth be known even if the jury and the townies will not act on it. He is neither a martyr nor an absurdist. Falsehood will be exposed regardless of what happens to Tom. It’s the best that can be wrested from a hideous outrage.

Other casting choices enhance Bond’s vision, which we have noticed over the last seven years allows even the worst of villains a moment of saving grace. Tall John Keabler, with leading-man good looks, greatly humanizes Mr. Gilmer, the prosecutor. Later, doubling up as Boo, Keabler has the muscle to carry adult-sized Jem (Matthew Caraccioli) back into the house. Similarly, Liam Craig as the lawman Heck Tate is anything but the enforcer of injustice.

Where Bond’s To Kill a Mockingbird fails to make our pulses race is in its use of space. There is too much of it. William Bloodgood’s rough-wood set design effectively evokes the darkness of a country night, but two small balconies at left and right, originally attached to residences, must also serve for Colored-only gallery seating during the trial.

Bond hired and costumed 12 local African Americans to sit there and coached them through reactions that we barely see. They are joined by veteran Syracuse Stage player William J. Hall Jr. (The Boys Next Door, Two Trains Running) as Reverend Sykes and even with his enormous presence we barely see him. Even sound designer Michael Keck’s crowd noises are not enough to make up for what’s missing.

Similarly, we don’t get to see the faces of the lying daughter and father team of Mayella (Rachel Towne) and Bob Ewell (John Pribyl) during their exposure. Towne, a recent graduate of the Syracuse University Drama Department, is masterful during Mayella’s testimony: paranoid, snaky but somehow pathetic. As Bob, Pribyl, last seen here as Bottom in A Midsummer Night’s Dream, has a certainly lightness of delivery not in line with a killer in the making. Nonetheless, both expressive players are tucked way over at stage left, almost in the wings, when the accused Tom tells of his pity for Mayella and we learn just how her eye happened to be blackened.

Barbra Wengerd’s narrator informs without intruding. Her perfect regional accent, coached by Celia Madeoy, sets the tone, urgency without nostalgia, and never gives away more than she should. Madeoy also appears commandingly as the haughty Mrs. Dubose, remnant of a dozen characters in the book who define the conventional wisdom of the town. As the graceful household servant Calpurnia, Perri Gaffney implies that blacks in the Finch household may speak as equals and are not separated.

To Kill a Mockingbird is unusual in that so much of the weight in the first act must be carried by youthful nonprofessionals. Sergel’s adaptation was aimed at school groups and only later was popular with regional theaters.

Maybe not professional but experienced. Sera Bullis as Scout had previously played Gavroche in two productions of Les Miserables and looks perfect in overalls. Matthew Caraccioli delivers a nuanced Jem, an otherwise thankless role, and speaks with the sharpest projection of the three young performers. Anthony Cawley’s more restrained but wise Dill may know that he is based on Lee’s childhood pal who grew up to be Truman Capote.

To Kill a Mockingbird, producing artistic director Timothy Bond’s second-to-last assignment at Syracuse Stage, is his last word on the subject of race in America.