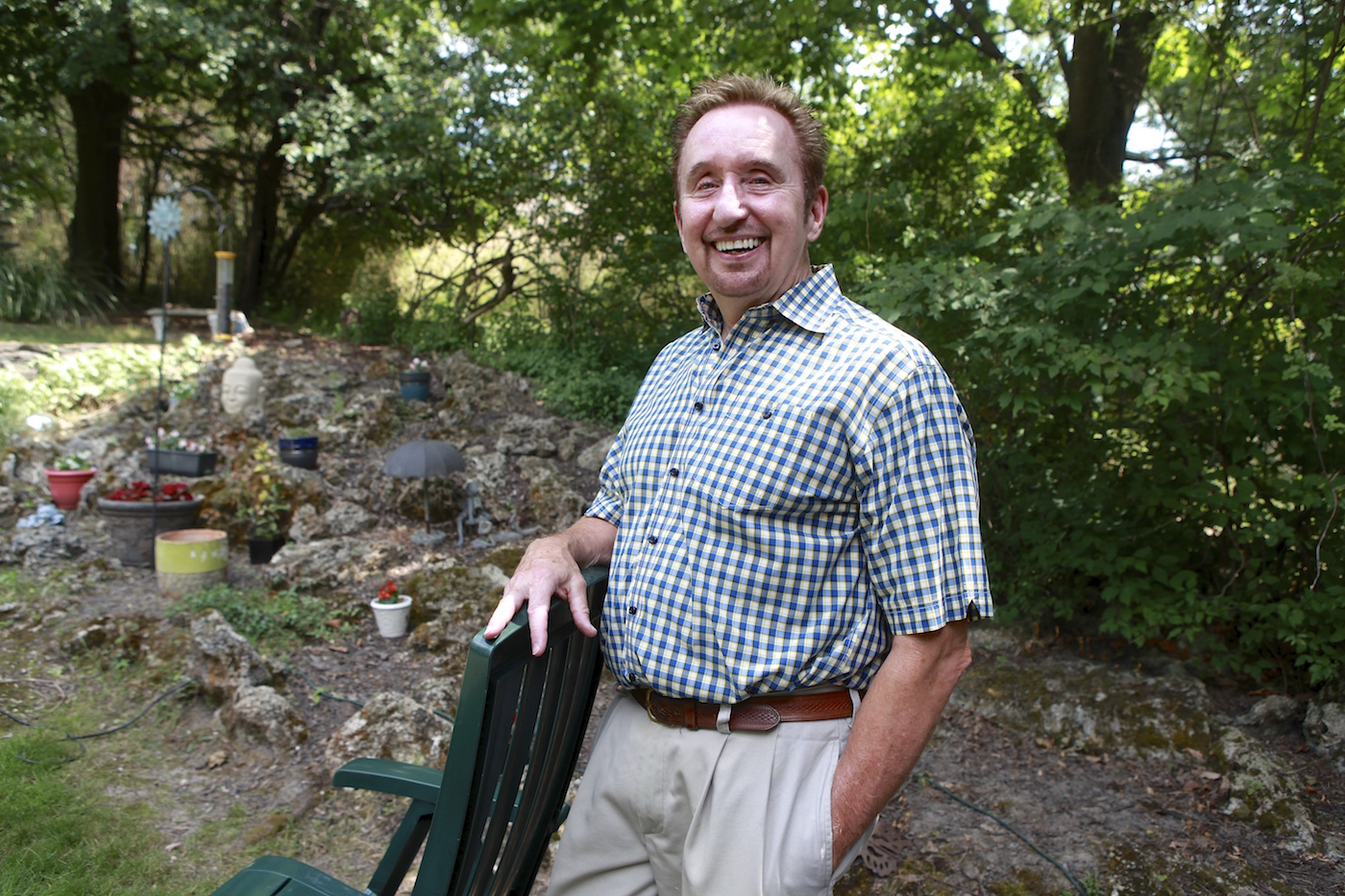 A City Without AIDS

Syracuse Mayor Stephanie Miner presided over a recent City Hall press conference announcing that more than 1,500 people had been tested for HIV since 2015, when the city started a task force to reduce the spread of HIV/AIDS. That number is a 118 percent increase over the number of tests the previous year.

Also at the press conference were representatives of some of the 20 local organizations collaborating to connect people with HIV to medical treatment and help people access PrEP, a pill that prevents the spread of HIV/AIDS.

The update on Syracuse’s efforts to create a city without HIV/AIDS comes two years after Gov. Andrew M. Cuomo announced an ambitious plan to reduce the number of new HIV infections in New York state to 750 (from an estimated 3,000) by 2020.

“It’s a public health issue,” Miner said on Aug. 8. “We can end this epidemic if we use all of the resources in our control.”

The very fact that City Hall held a press conference to discuss communitywide collaboration on treating HIV/AIDS — not to mention updating the public on access to a drug that can prevent the disease’s spread — shows significant progress in medical research and public attitudes. 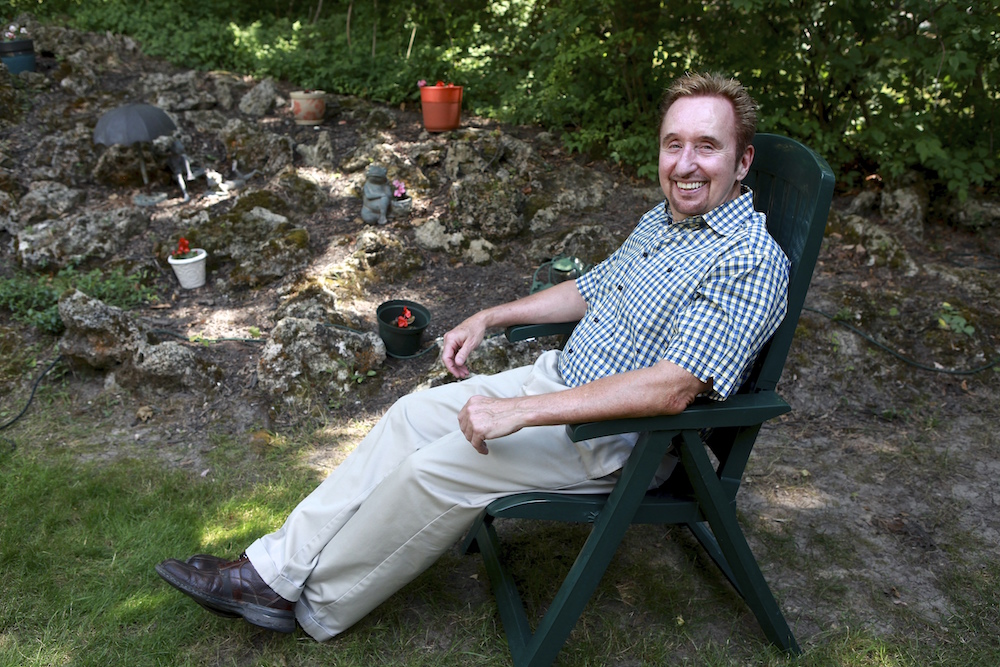 “Finally, there’s an end in sight for this epidemic,” said Michael Crinnin, who retired last spring from ACR Health (formerly AIDS Community Resources). “It’s no longer a death sentence. It’s a chronic disease and people can get treatment and live a long time.”

For 26 years, Crinnin led the Syracuse-based organization that provides support, advocacy and resources for people with HIV/AIDS. The agency now has nine offices providing services in nine counties. In 2013, the agency changed its name to ACR Health (the letters stand for Access Care and Resources) to reflect its broader mission of helping people with chronic illnesses.

In addition to helping people with HIV/AIDS, the agency also works with people on Medicaid who have conditions such as asthma, heart disease, high blood pressure, mental illness, obesity and diabetes. The agency also assists people who enroll in New York’s health insurance exchange under the Affordable Care Act.

Crinnin is thrilled that Syracuse and New York state are committed to reducing the number of new AIDS cases, and he’s optimistic that PrEP will help people at risk of the developing the disease. When AIDS first emerged in the early 1980s, it was known as the Gay Cancer. Doctors diagnosed “among homosexual men 41 cases of a rare and often rapidly fatal form of cancer,” a July 1981 New York Times story reported. “Eight of the victims died less than 24 months after the diagnosis was made.”

In those days, nursing homes and dentists refused to see AIDS patients, Crinnin said, and the SUNY Health Science Center, the designated AIDS center, had only one doctor. “People were dying left and right,” Crinnin recalled. “We were inundated. There wasn’t much we could do. People were dying of the virus, and they knew it.”

Anti-gay discrimination played a role in the slow response to finding a treatment for AIDS, Crinnin said. “It was initially thought to affect only the gay community,” he said. “People saw it as a moral issue rather than a public health issue.”

Crinnin, 69, is a Syracuse native who spent his career advocating for others. He is the oldest of eight children, six of whom live in Central New York. He didn’t set out to work in social services, but planned to become a Roman Catholic priest. 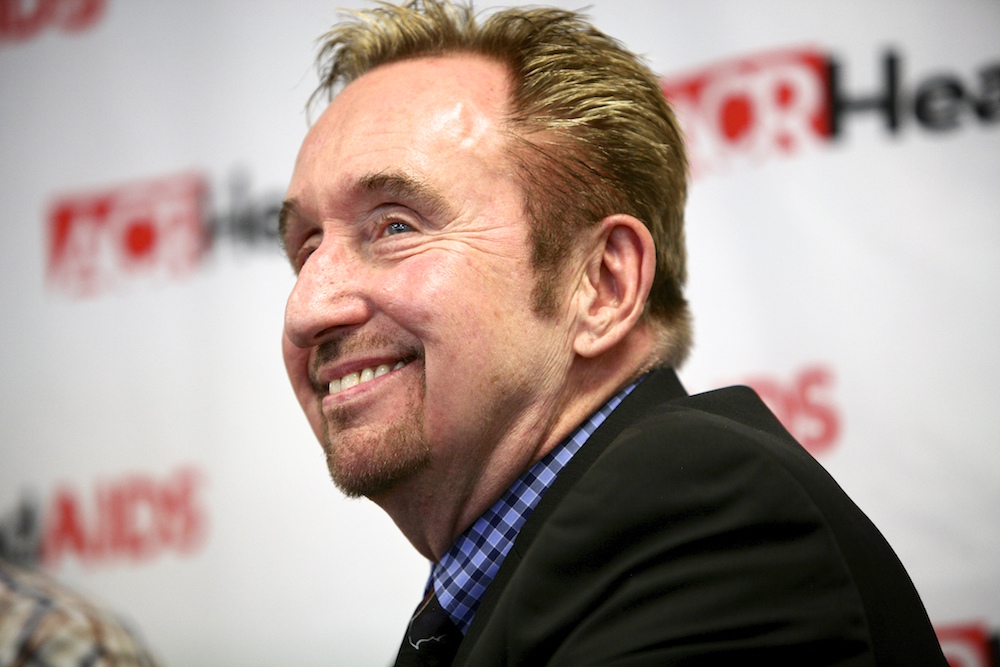 “The clergy I admired seemed centered and concerned about social justice,” he recalled. “It seemed like a meaningful life.”

He described the idealism of the 1960s as intoxicating. “Pope John XXIII and John F. Kennedy were challenging young people to do something big with their lives,” he said. “I responded to a call of idealism.”

But three weeks before ordination, “after lots of stress and pain,” Crinnin left the seminary. “I was coming to terms with myself as a gay man. I didn’t think I’d be able to discover who I was. I wasn’t even out to myself. I didn’t exactly know what it meant. But I knew I couldn’t figure it out if I became a priest.”

He didn’t have a clear game plan but followed his instincts and took opportunities that arose. He worked the night shift as a medical tech in a San Jose hospital. He also worked at L’Arche and Loretto.

An incident from a stint as hospital chaplain in Boston still stays with him. A woman was terrified of surgery to remove polyps. Crinnin brushed off her fear. She died in the operating room. “You have to take people seriously,” Crinnin said. “You don’t get to decide if people’s anxieties are misplaced.”

His early career taught him “how the smallest things can mean so much to people who are lonely or institutionalized. You don’t have to say anything profound. There was a level of trust that was humbling. All you have to do is listen. No one is asking you to solve anything.” 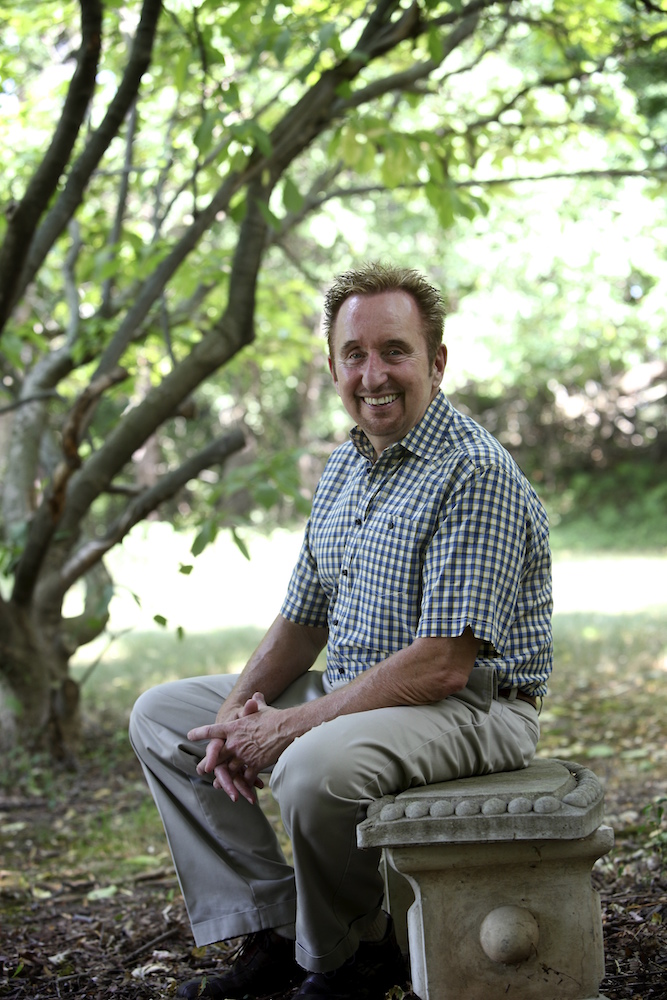 Beginning in 1979, Crinnin served as founding executive director of Arise, the Central New York advocacy group for the disabled. He was at the forefront of the Independent Living Center movement, which promoted the full inclusion of people with disabilities in the community and called for equal rights for people with disabilities.

He still notices when sinks or towel dispensers hang too high for people in wheelchairs.

In the early days at AIDS Community Resources, he did everything: lobbying, grants, administration, family counseling. There wasn’t enough staff. There wasn’t enough money. Lots of public officials and clergy wanted nothing to do with the agency. Grantors limited what he could do with donations. Activists with ACT UP (AIDS Coalition to Unleash Power) chided him for not going far enough to challenge the status quo.

He once lost weight and people — including colleagues — worried that he had AIDS. “That’s how people looked at you in those days,” he said. “If you are a white guy and you had AIDS, you were gay.”

People of color, meanwhile, didn’t want to go to the agency lest they be labeled gay. Obituaries did not list AIDS as the cause of death, and families were reluctant to list AIDS Community Resources for donations.

“That’s where the culture was,” Crinnin said. “Your family couldn’t acknowledge it.”

For all the sadness, loneliness and despair it caused, the AIDS crisis opened people’s eyes to gay people, Crinnin said. “AIDS forced families out of the closet,” he said. “It forced the issue.”

Although the stereotype pointed to people with AIDS as middle-class white gay guys, Crinnin and his colleagues saw drug users and chronically unemployed who were vulnerable to AIDS, not connected to the health system and without family support.

Under his leadership ACR Health opened the Q Center to support LGBTQ youth. In 2011, after a 17-year battle, the agency began a needle exchange for intravenous drug users. The agency works with 1,200 cases a year, 400 of which involve people living with HIV.

“We’ve always worked with people on the fringes: queer, trans, unemployed, uninsured, IV drug dealers,” he said. “Most of our clients are white, young and poor. No one is asking them to be great and use their skills to make the world better.”

Crinnin doesn’t have a clear game plan for retirement. He plans to draw on his seminary training: sit in the silence and listen for an opportunity.

“People at risk can take a pill,” Jennings said. “We can keep those people HIV negative.”

She spoke at the Aug. 8 press conference about the first-year accomplishments of Syracuse Mayor Stephanie Miner’s End the Epidemic Task Force. Jennings is a member of the task force and helps to run PrEP in CNY, an organization working to end new HIV infections with PrEP.

The goals of the task force are to:

People who don’t know they’re HIV positive are more likely to be in the position to pass it on, Jennings said.

For people at very high risk for HIV, PrEP can significantly reduce the risk of HIV infection if taken daily, according to the Centers for Disease Control and Prevention. Daily PrEP use can lower the risk of getting HIV from sex by more than 90 percent and from injection drug use by more than 70 percent, according to the federal agency. Combining additional strategies with PrEP further reduce risk.

The cost of PrEP is covered by many health insurance plans, and a commercial medication assistance program provides free PrEP to people with limited income and no insurance to cover PrEP care, according to the CDC website.

“The pill is the best thing since condoms,” said Wil Murtaugh, ACR Health executive director. “It’s available for everyone and it’s free. It’s a powerful weapon.”

People still need to take precautions, he said. “It doesn’t mean you don’t get STDs or Hepatitis B.”

To make an appointment to get PrEP in CNY, call or text 571-0013. And learn more about ACR Health’s programs and resources at acrhealth.org.