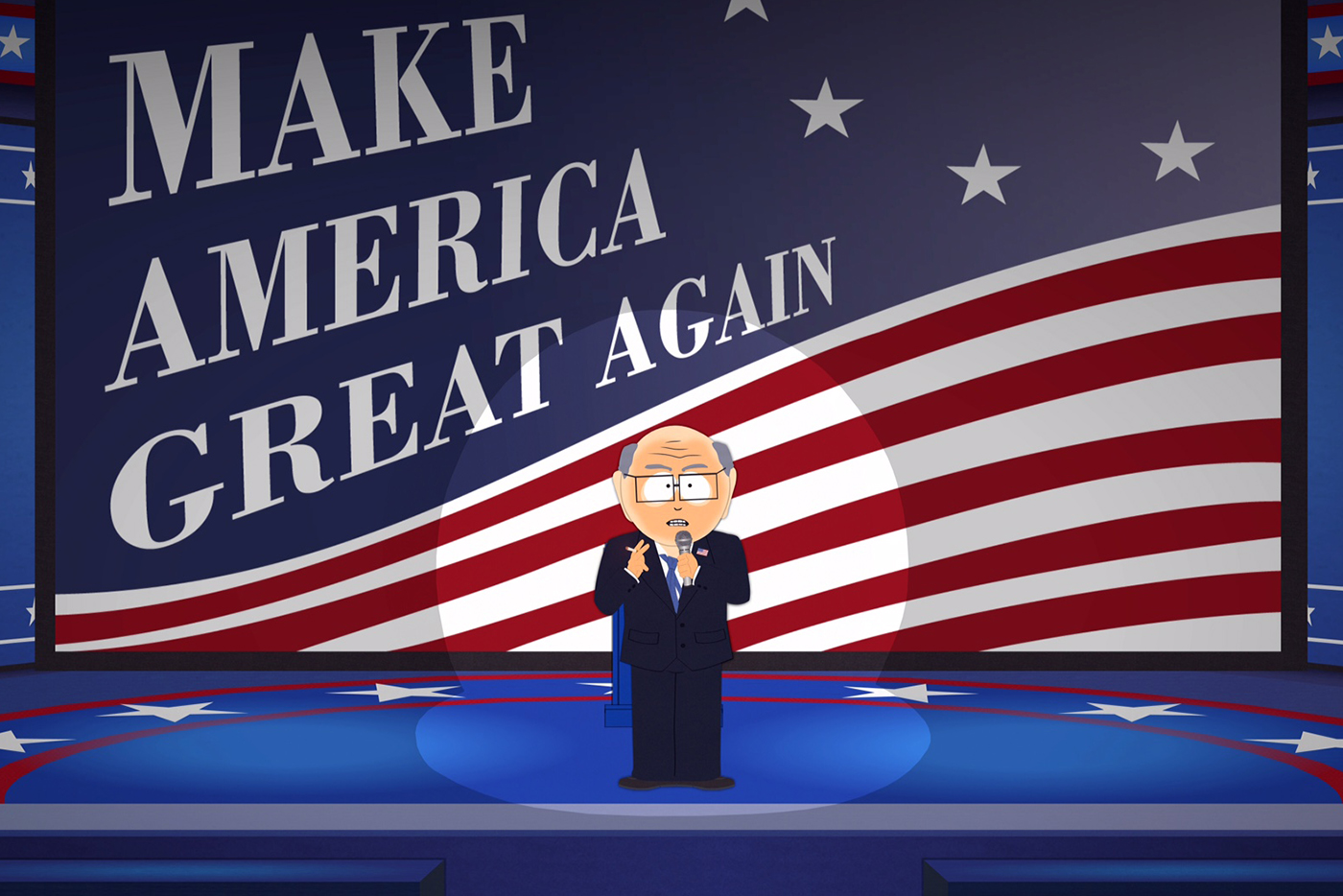 2016 was a harsh year politically and culturally, which forced many into a state of nostalgia.

In a year that took prized icons away from us — from Prince to Princess Leia — a bevy of Americans found themselves lusting for nostalgic escapism to distract themselves from a tumultuous election.

Ironically, a similar kind of nostalgia was a driving force in that election for many more Americans who sought an escape from the political chains that had held them down for the last eight years. They saw past the headlines that would have ruined any other candidate — they elected Donald Trump because they reminisced about a bygone era that they thought had abandoned them.

It was even the plot for this year’s 20th season of South Park: the reason a hot-headed and inexperienced Mr. Garrison, complete with orange make-up, got so far in the election against a flawed but far more competent opponent, was because everyone was eating “‘member berries,” which put them in a seemingly drug-induced state of nostalgia. “‘Member Reagan?” they would ask.

But not even the show’s creators, Matt Stone and Trey Parker, foresaw the outcome of the election, and had to re-write the episode after the results at the last minute. In fact, the second half of the season derailed narratively to the point where the finale was titled “The End of Serialization As We Know It,” which would allude that the show may convert to the episodic formula again in future seasons.

Stone and Parker expected, like many Americans and many media outlets, Hillary Clinton to win. They wrote their Mr. Garrison/Trump hybrid as a buffoon who had no chance, despite their plot line about nostalgia that should have tipped them, and everyone else, off. Another South Park episode from a previous season introduced a super hero called “Captain Hindsight;” in hindsight, we all should have seen this coming.

In the Mad Men episode “Carousel,” Jon Hamm’s Don Draper explains the power of nostalgia in an emotional ad pitch that is a decent summation of our reaction to the political and cultural climate of 2016:

“Nostalgia – it’s delicate, but potent. Teddy told me that in Greek, “nostalgia” literally means “the pain from an old wound.” It’s a twinge in your heart far more powerful than memory alone. This device isn’t a spaceship, it’s a time machine. It goes backwards, and forwards … it takes us to a place where we ache to go again. It’s not called the wheel, it’s called the carousel. It let’s us travel the way a child travels – around and around, and back home again, to a place where we know are loved.”

Millions of Americans traveled to that place they know they are loved this year, a place that arguably sets our progress back years, but gives them a sense of security they missed in the Obama era.

Those Americans at odds with this stance turned to culture for their escape into a place where they ached to go again. Time Magazine, when naming Trump as their Person of the Year, called this the “Divided States of America.” That’s true: it goes all the way down to how we experienced nostalgia this year, whether it was in our politics or to escape that harsh political landscape.

2016 gave us films such as La La Land, an ode to classic Hollywood musicals. It gave us albums from now-late iconic artists such as David Bowie and Leonard Cohen. Even in the comic book world, DC revamped their entire line of comics with new issue 1s after years of fan criticism that they had abandoned what made their characters so great.

In the one-shot that started it all, “DC Universe Rebirth,” this idea of nostalgia hovers over the plot of the entire comic, so much so that it is self-aware to a point. Writer Geoff Johns alludes to a criticism that many had with DC’s prior reboot “The New 52”: a lack of romanticism. Wally West, the former Flash who disappeared years ago during the “New 52” relaunch, returns in “Rebirth,” and he narrates the comic. He says “I realize it wasn’t 10 years that was stolen from us … it was love.”

He also speaks of a fear of being forgotten. In one desperate, final act to return to the land of existence, he reaches out to his mentor, the current Flash, Barry Allen (yes, I realize to a non-comic book reader, the history is all a bit confusing, but bare with me).

At first it seems as if Barry won’t remember Wally. But in a moment that grabbed every DC Comics fan by the heart strings, Barry grabs Wally and says “How could I ever forget you?” It’s the stuff that’s made for nostalgia. DC Comics has always been about legacy, an idea that compliments nostalgia well. When Barry remembers Wally, it plays to both of those ideas. This one issue is a perfect example of the culture nostalgia of 2016, and how easily it can be manipulated.

This season’s South Park also made the argument that the only reason people loved 2015’s Star Wars: The Force Awakens was because of nostalgia. Another Star Wars film, Rogue One, was released late last year and the same could arguably be said for that, and perhaps every Star Wars film to be released in the near future — especially after the death of Carrie Fisher.

On that note, death played a large part in the role of nostalgia in 2016. Celebrity giants that the world looked up to seemed to be dropping every other week. Prince, Bowie, Cohen, Fisher, Debbie Reynolds, Alan Rickman, Arnold Palmer, Gene Wilder, Muhammad Ali, and the list goes on. In their absence, we ached to go to a place where we know we are loved.

Some say that holding a celebrity’s death to such a high degree is preposterous, but nostalgia is often kick-started by these deaths, like a light switch being turned on. Many who grew up with Willy Wonka and the Chocolate Factory felt the pain of Wilder’s death. The same with Star Wars and Fisher, or Harry Potter and Rickman. It’s not an insane idea to be upset over the death of an icon, especially in a year that took so many and, to some, gave back so little.

We often talk of a year as if it is a sentient entity … a living, breathing thing. That is obviously absurd, but it’s easy to categorize an entire year’s joy or pain by referring to it in that way. Of course 2016 didn’t kill these musicians, athletes and movie stars, but that’s how we as a society have learned to grasp it. It’s easy to blame a year, to say “Fuck you, 2016,” — “fuck you for killing so many legends, fuck you for electing Donald Trump” — when we don’t know who or what else to blame.