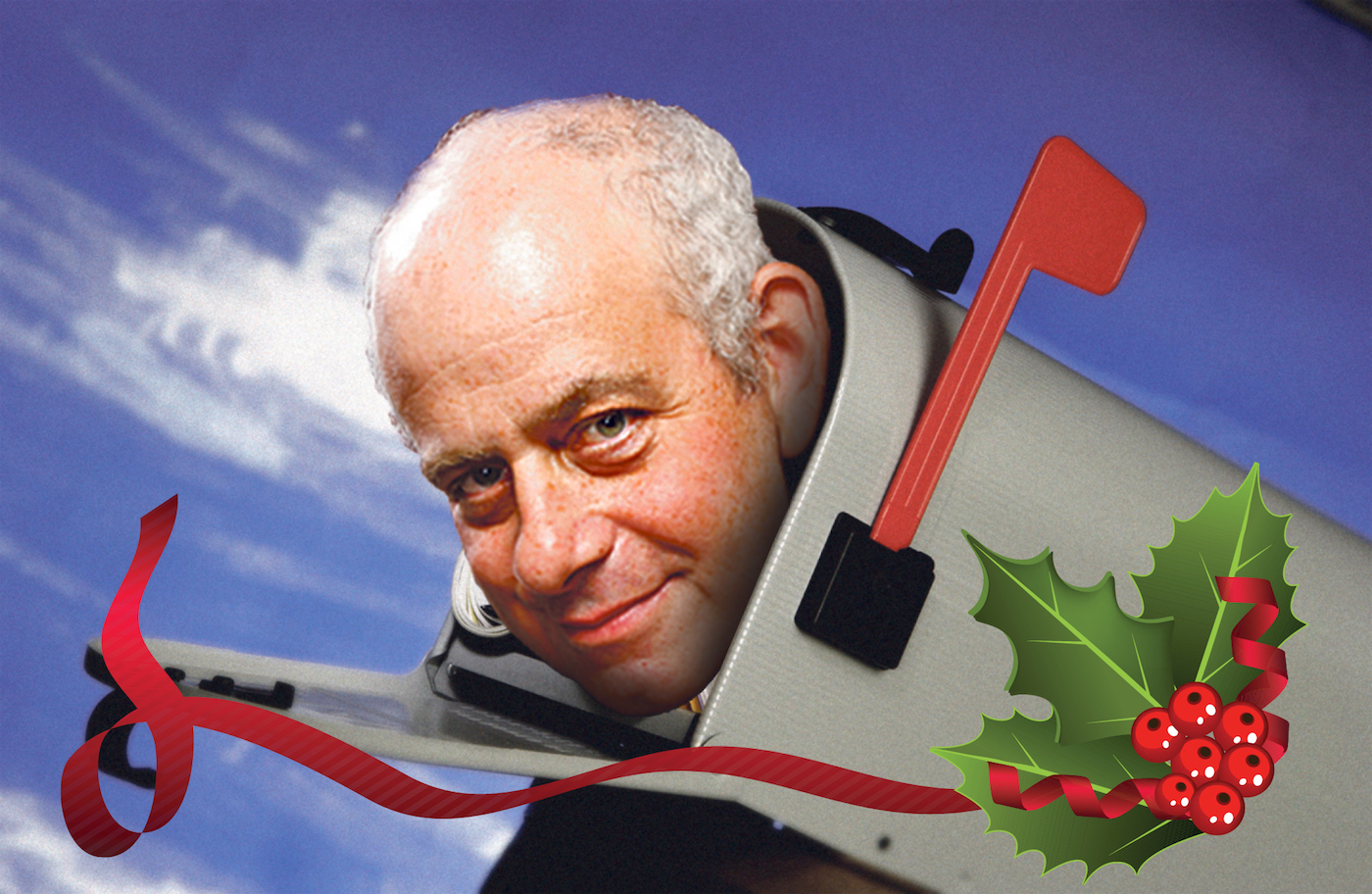 An early holiday newsletter in the spirit of the post-truth era.

I realize it’s a bit early for a holiday letter, what with the Thanksgiving china barely cleared from our immaculate table! But now that the whole country has entered a Golden Age of Bullshit when everyone, led by the president-elect, can ingest fake news and cite their own make-believe facts, I’m extra-eager to share the amazing good fortune that has come our way in 2016.

May I start by bragging about the Syracuse University football team? Just this past weekend, the Orange capped an undefeated season with a 76-6 pasting of Pittsburgh. We’re all looking ahead to beating up on overrated Alabama in the college football playoffs, and yes, we Kramers will all have 50-yard-line seats for that one, wherever it’s played. It’s so easy to fly anywhere in the world from Syracuse!

On a more substantive note, what was first believed to be a small sewage spill in Onondaga Lake last month turned out to be a helpful release of bacteria-eating algae. The result is a lake that is so sparkly clean that the water is being used to brew a popular new beer, Captain Chunky, a rich and aromatic brown trout — I mean stout A.B.V. 44%. More good news: The cleaned-up lake is now the backdrop for a desperately needed amphitheater dedicated to giving aging musicians a renewed sense of purpose. Get your tickets for The Lovin’ Spoonful now!

Meanwhile, Central New York continued to turn itself into a mecca of nanotechnology as 10 key players in the public-private partnership received citations of merit from Preet Bharara, head of the U.S. Office of Science and Technology Policy. The recognition validated the selection of COR Development Co., which survived a rigorous competitive bidding process to win the right to develop local nano projects. In typical self-effacing fashion, New York state Gov. Andrew Cuomo denied any connection to the retooling of the regional economy. Onondaga County Executive Joanie Mahoney has been quiet, too. Come on, guys, take a bow. You deserve it!

On a personal level, we Kramers enjoyed perhaps our most delightful year on record. Both girls, Miranda, 16, and Lily, 13, signed a non-aggression pact, pledging to support each other for the remainder of their lives. As a further sign of their growing maturity, they’ve started keeping their rooms — and their shared bathroom — spotless.

Mornings are best. The girls are so bubbling over with energy and enthusiasm for the coming school day that they can scarcely wolf down the lobster Benedict or free-range pheasant hash that Leigh and I whip up for them for breakfast. There’s a lot of singing at the breakfast table.

Busy as she is keeping our home beautiful, Leigh continued to serve as president of the Helping Hounds dog rescue, and she restarted yoga after a long hiatus. Not surprising to anyone who knows her, she proved more skillful at yoga than she had been previously and just last week mastered the fifth series of Ashtanga postures, almost unheard of in the Western world. She can often be found in a handless headstand helping the kids with their homework.

As for me, I continued my love affair with cycling, even going so far as to have a Garmin bike computer surgically implanted in my chest. At least that’s what they told me it was. Oh, and did I mention I finished another play? It’s called The Golden Bitch. Look for it in the spring at the Royal Shakespeare Company in London, starring Sir Anthony Hopkins. There may be a trial run in Cazenovia in April, but good luck getting tickets for that.

What else? Oh, the dogs. How could I forget those adorable souls? Larry, our large mixed-breed guy, did remarkably well in the Westminster Kennel Club’s All-American Dogs (mutts) agility competition. He finished second and almost certainly would have won if he hadn’t been carrying a dead porcupine in his jaws and bleeding from hundreds of quill punctures. Even more impressive, Larry did not steal any baked goods from our kitchen counter this year, not once. Never.

Similarly, Rondo, our Chihuahua mix, has completely stopped his annoying habit of using a stool to hop onto the kitchen island to forage for scraps. Gigi, our other Chihuahua, has become a favorite of delivery truck drivers and other visitors to our home. The UPS guy calls her Madam Ambassador.

OK, that should do it. We wish you a joyous holiday season. That last sentence is for real.