Behind the scenes at Syracuse Stage

Syracuse Stage’s production of Hairspray is set in Baltimore in the 1960s. Reporter Blair Sylvester spoke with the costume designers and wig designer about the work that goes into setting the stage. 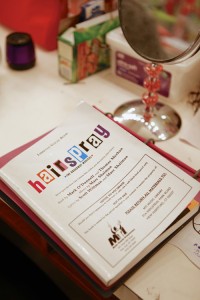 The costuming process begins up to a year before.
Michael Davis Photo | Syracuse New Times

“It would be great if we could find these vintage, but we are going to pull our hair out and it is going to take forever,” Darrow-Crotty said, “So hospital scrubs that snap up the front are what I came up with. Once we are done with them, they will not look like hospital scrubs anymore, they will look like gym uniforms.”

Of the 140 costumes needed for Syracuse Stage’s production of Hairspray, set in 1960s Baltimore, Darrow-Crotty said about 25 will be made for the production. Of the remaining 115, she estimates 40 percent will be vintage and 60 percent will be pulled from Syracuse Stage’s stock. Darrow-Crotty is teaming with costume designer Aaron Mastin and wig designer Erin Kennedy Lundsford, who have been hired for the production. 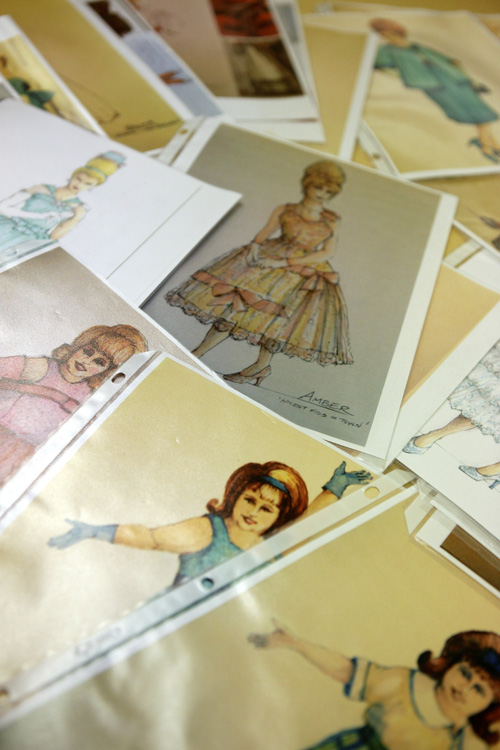 Once she sees the renderings, she begins costuming, deciding which costumes will be made, purchased or pulled from Syracuse Stage’s stock. The show comes into the shop about a week before rehearsals, Darrow-Crotty said.

In the costume shop, the cutter/drapers work on the costumes that are being built for the production. During rehearsal, there is a series of fittings for the cast in which the costume designer participates, Darrow-Crotty said.

“Then we get to technical rehearsal, which is when everything goes onstage all together,” Darrow-Crotty said, “And that’s really when the costume designer can particularly look and see, and put the whole show together with all of the other elements. Then about a week after we do technical rehearsal is when the show opens. So it’s pretty fast. It seems like a monthlong process, but when you get to the end, it goes really quickly.”

Mastin, the costume designer, has to control everything and make sure that everything is working together, he said.

“It is impossible to find a lady in a red dress in a red room,” Mastin said. 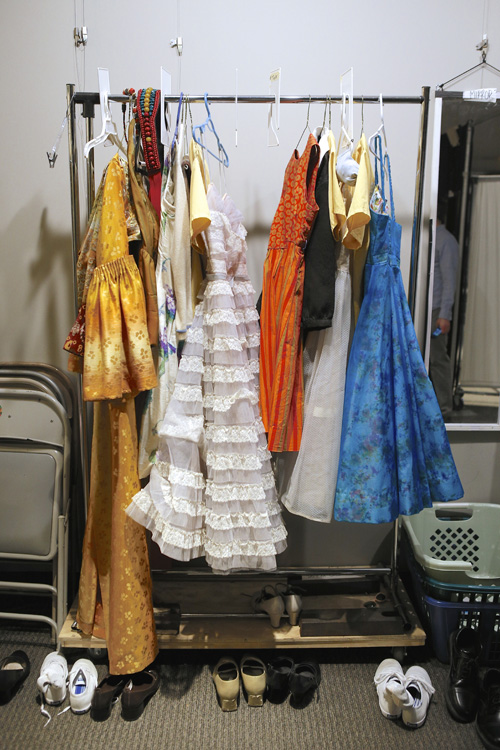 In the costume shop, the cutter/drapers work on the costumes that are being built for the production.
Michael Davis Photo | Syracuse New Times

One of the challenges that Mastin faces is treating new clothes so that they appear indistinguishable from the vintage clothing on stage. He describes the process as alchemy. One trick?  “Taking a dress and tinting it with dye to make it look like it has been washed 100 times,” Mastin said.

For Mastin, staying true to the research is important.

“The ’60s were crazy, you don’t need to invent anything. Instead, you need to dig for it,” Mastin said.

To research the fashion of the period, Mastin looked at sewing patterns and took apart vintage pieces to see how they were made. He also dug through advertising and period television to design the hyperstylized costumes for scenes set on “The Corny Collins Show” in the production. 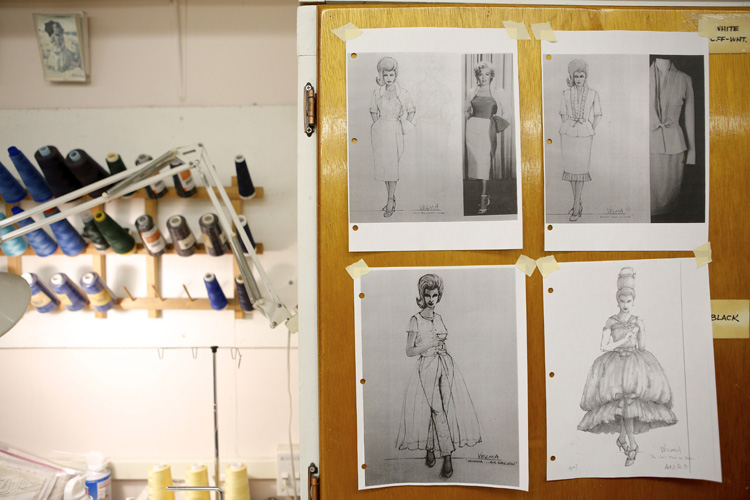 “The ’60s were crazy, you don’t need to invent anything. Instead, you need to dig for it”
Michael Davis Photo | Syracuse New Times

Among the crazier elements of the ’60s were the exuberant hairstyles. Kennedy Lundsford, the wig designer, is responsible for the 38 wigs that will be used in the production. About 20 wigs were built for Hairspray, including wigs for the female leads. According to Kennedy Lundsford, each wig takes up to 120 hours to build.

The wigs for Hairspray are unusual because they are so stylized.

“This show is special because the styles are so outrageous,” Kennedy Lundsford said, “The biggest wigs come at the end during the show’s final scene.” 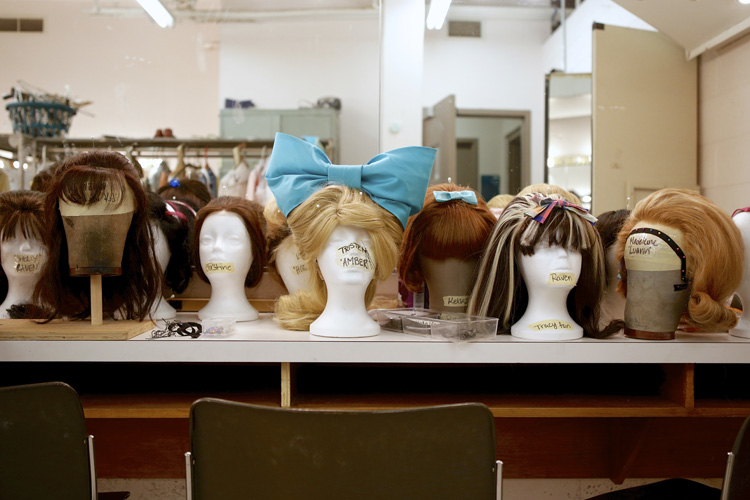 The wigs for Hairspray are unusual because they are so stylized.
Michael Davis Photo | Syracuse New Times 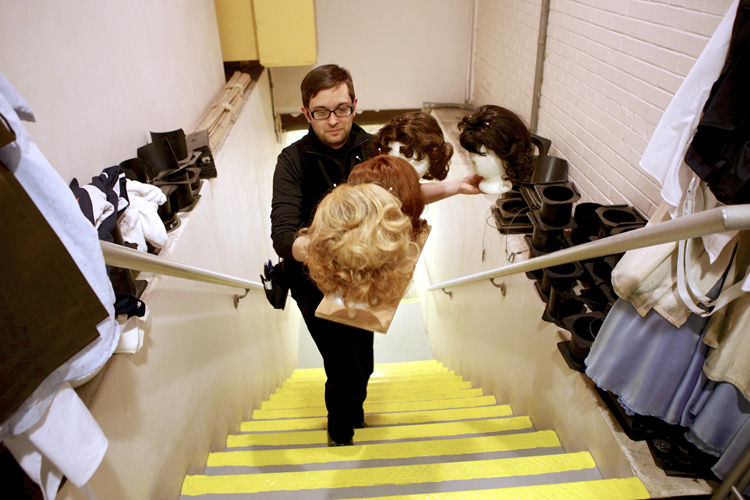 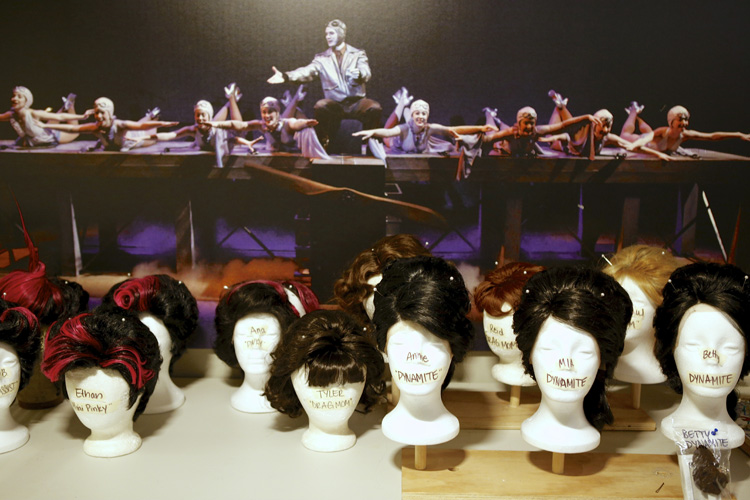 Before she can start building wigs, Kennedy Lundsford traces each actor’s hairline and creates a mold of the actor’s head. Lace is draped over the mold, and hair is sewn strand by strand, which takes the most time, Kennedy Lunsford said. After the wigs have been constructed, they will be styled, fitted and adjusted. 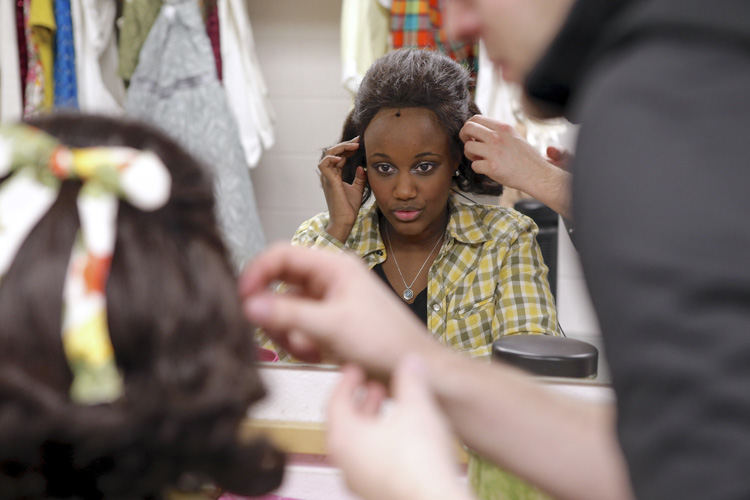 After the wigs have been constructed, they will be styled, fitted and adjusted.
Michael Davis Photo | Syracuse New Times

Kennedy Lundsford works with Mastin to ensure that the wigs are in keeping with the designer’s vision. Mastin hopes that the costuming feels effortless and fun.

“If that happens, we have worked harder than you can imagine,” Mastin said, “If it looks easy, it is incredibly hard.”

The audience shouldn’t notice the costumes because they fit seamlessly into the production, Mastin said.

Darrow-Crotty, Syracuse Stage’s in-house costumer, has a different perspective on shows like Hairspray.

“They should walk out of that finale and go, ‘Those costumes were gorgeous,’ and then they can talk about the singing and the dancing,” Darrow-Crotty said. “You either want them to not say anything at all, or you want them to really notice them and have a good time. If it’s somewhere in the middle, something went wrong somewhere.” 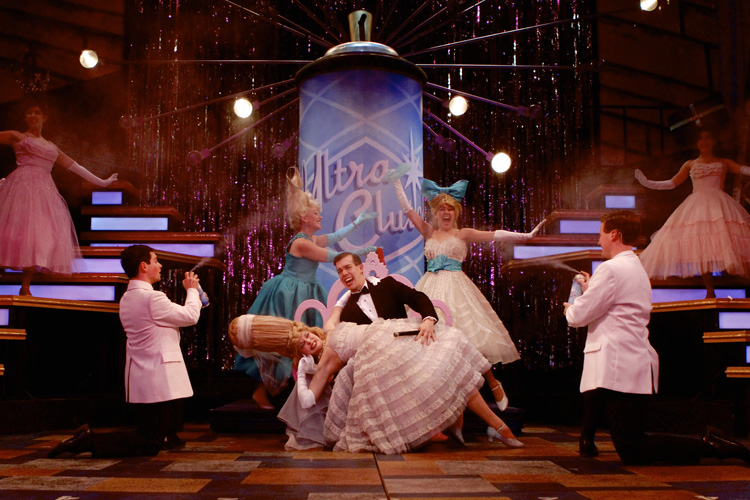 “They should walk out of that finale and go, ‘Those costumes were gorgeous,’
Michael Davis | Syracuse New Times