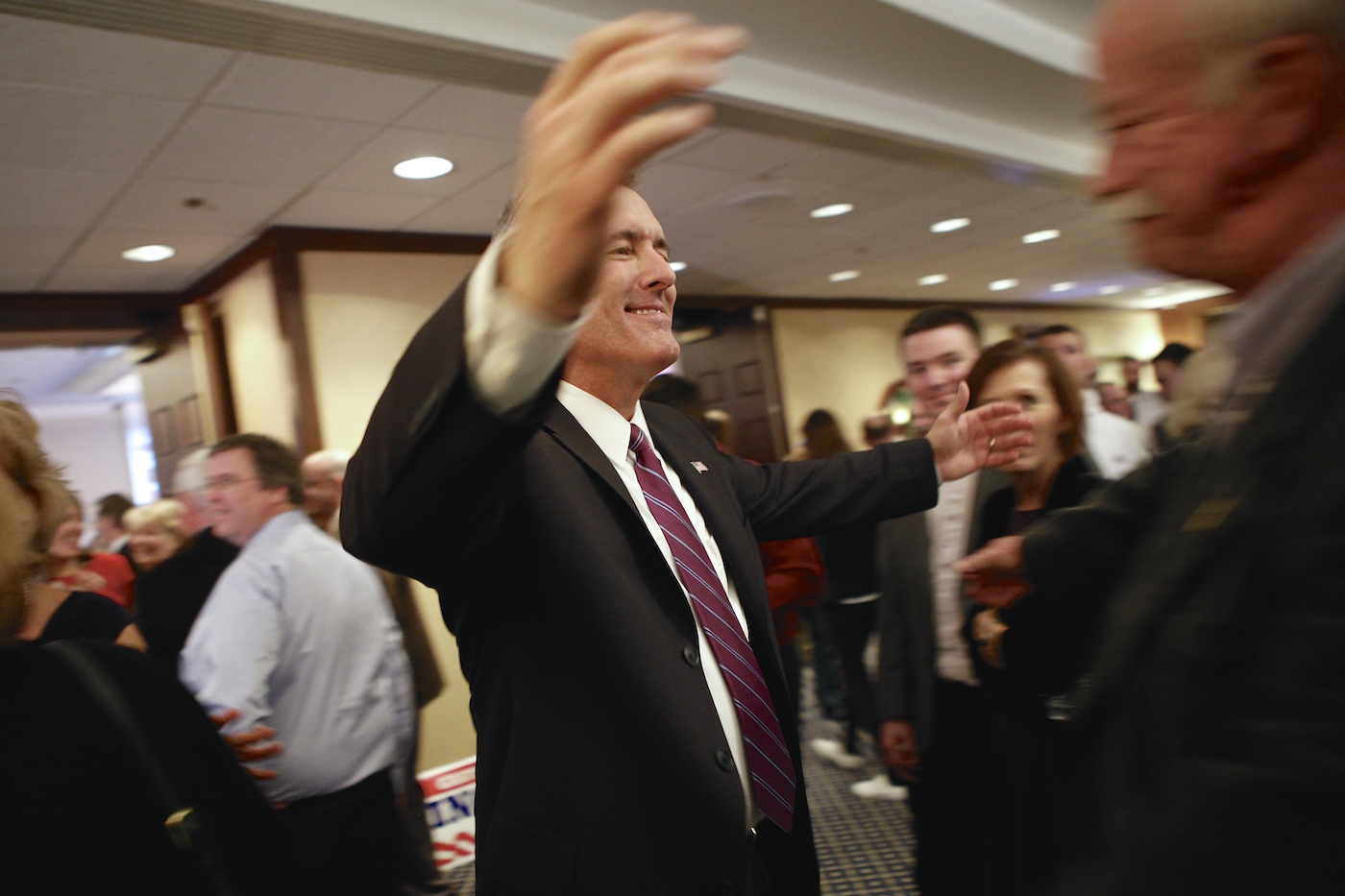 Katko has smoothly distanced himself from Trump throughout his campaign.

In any other presidential election year, U.S. Rep. John Katko might’ve been able to almost guarantee his re-election in New York’s 24th Congressional District. But this election has Donald Trump on the ticket.

Katko, who represents all of Onondaga, Cayuga, Wayne and part of Oswego counties in Congress, has joined the lengthening list of House Republicans who have stated they would not vote for Trump on Election Day in the wake of a leaked 2005 video showing the billionaire businessman making lewd comments about women. Katko is also part of a much smaller list of lawmakers saying the presidential nominee should step down.

“I think Trump should think seriously about doing so,” Katko told syracuse.com Oct. 8. “In my mind, he should. His comments cannot be justified and crosses every line you can imagine.”

But his opponent, Democratic challenger Colleen Deacon, has been quick to dismiss his response as politically convenient and has been doing what she can to align Katko with Trump, a tactic many Democrats have deployed in hopes of picking away at the GOP majorities in Washington. “We’ve known who Donald Trump is for months now — from his insults to women, people with disabilities, Gold Star families and entire cultures,” Deacon said. “It took everyone else abandoning Trump before Katko finally felt safe enough to agree.”

But Katko has played the Trump factor rather smoothly during his campaign. He has said repeatedly over the last few months that Trump would have to earn his vote by toning down his rhetoric and turning up on substance, artfully distancing himself from Trump without alienating Trump supporters.

In doing so, Katko has been able to maintain a strong image in the district. An Oct. 3 Siena College/Time Warner Cable poll shows Katko leading Deacon by 19 points. Katko also has the support of a majority of independents and half of women — two crucial voting blocs — especially in presidential election years. He was also voted as “most respected local politician” in the Syracuse New Times‘ 2016 Best of Syracuse awards. All of this comes days after Cook Political Report moved its rating of the district from “toss-up” to “leans Republican.”

While this is good news for Katko, he still represents a district known for kicking out incumbents. The seat of central New York has flipped from Democrat to Republican and vice versa each time over the last four election cycles, which makes it the No. 1 swing district in the entire country. The pattern being that the Democrat wins in presidential elections and the Republican wins in midterms, Katko could very well become the next victim of that fluctuation, especially if a lot of people flood the polls for the sake of voting against Trump and see his name down ballot for the same party.

Which is what Deacon is hoping for. If she can garner enough Democrats and anti-Trump voters, particularly ones who don’t like Katko or don’t know him well enough to vote for him, she could turn the tide in her favor. She could also capitalize on her past experience as a waitress who understands the struggles of working people to appeal to those who live in her hometown of Syracuse, the district’s largest population center and a Democratic hotbed in presidential elections. While the district has been redrawn over the years, the immediate Syracuse area has voted for the Democratic presidential nominee in every election since 1992.

However, Katko is showing strong support from the other party — a quarter of Democrats support him. And Trump is only modestly popular in the region. One-third of the district’s voters plan to vote for Trump in November, 45 percent for Hillary Clinton. And although Trump won the 24th district with 48 percent of the vote in the April 19 Republican primary against Ted Cruz and John Kasich, it was his slimmest win in any upstate district. So Katko’s hesitation to embrace Trump has probably done him more good than bad and Deacon’s Trump/Katko linkage strategy might not be as effective here as other places. Indeed, 12 percent of the district’s voters say they plan to vote for Clinton for president, but vote for Katko for Congress.

But if Katko really wants to be the one to break the one-term curse of the 24th district, he should continue what he’s been doing — running on his record, not off Deacon’s rhetoric. After the Trump video was released last week, Deacon responded by holding an anti-Trump rally, which the Katko campaign called an effort to “nationalize a local race.”

“Interesting that Colleen Deacon has time for a Trump political rally, but missed the rally to save FitzPatrick,” a Katko spokeswoman said, a response that echoes his campaign’s focus. Katko has touted his efforts on job creation, the Interstate 81 project, combating the heroin epidemic and yes, keeping the FitzPatrick nuclear facility operating — all issues concerning Central New York — not concerning the presidential election.

Now, Deacon is certain to bring up Trump in the coming debates and Katko will be forced to address his party’s standard bearer, but he knows what his best weapon is. The saying goes that all politics are local. But if Katko wants a second term, it appears the best method is keeping local politics local, and keeping Trump on the outside.

How Many UFO Sightings Are There?
The Fire Watch Tower UFO Event
To Top